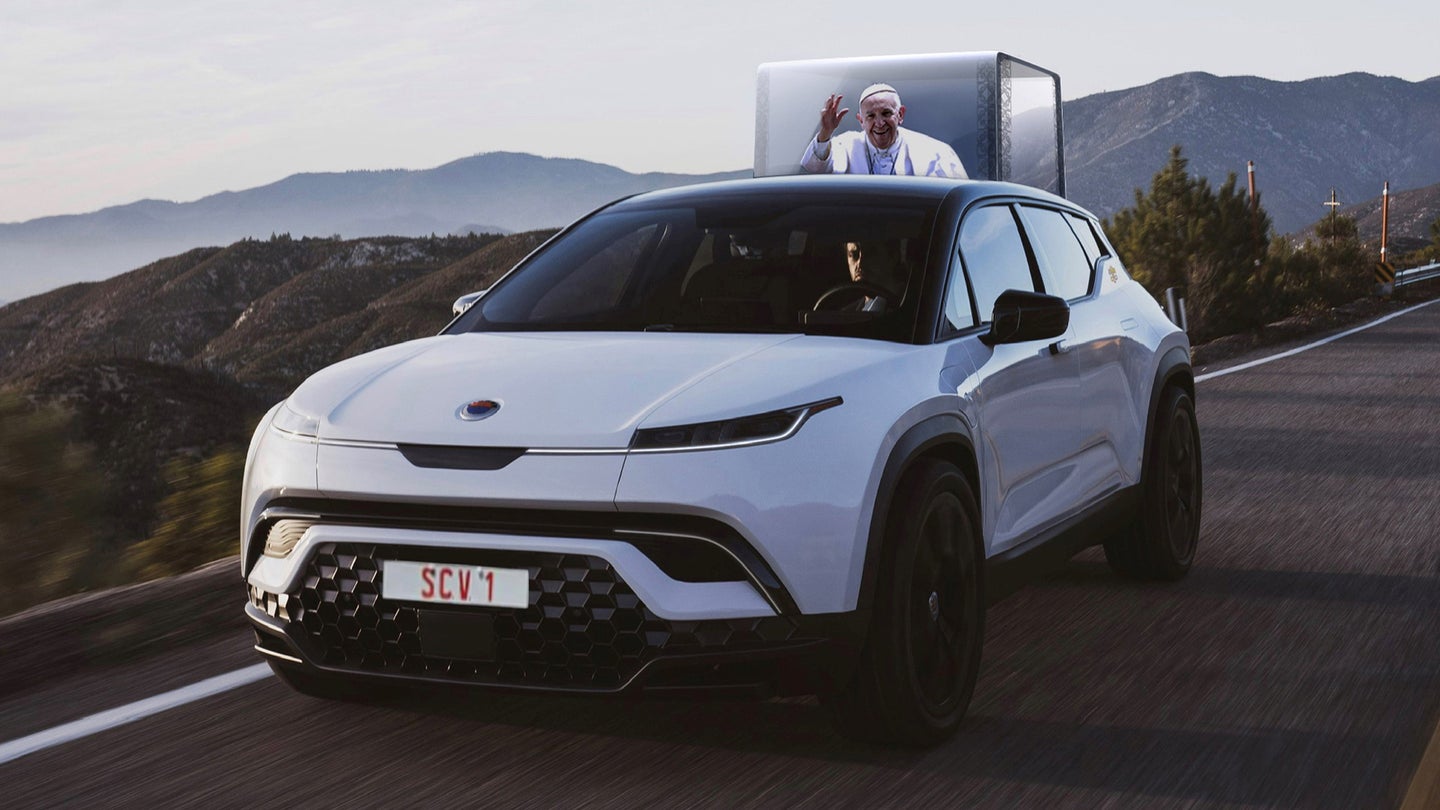 After a private meeting with Pope Francis, Fisker has agreed to make a modified version of its upcoming electric SUV, the Ocean, as a special one-off popemobile. It's not the Holy See's first excursion in sustainable travel, after he last year took command of two hydrogen fuel-cell powered Toyota Mirais, but it will be his first battery-electric car. You can see how happy he is about the news in the wonderfully Photoshopped image above, which was provided by Fisker itself.

Despite a 2006 request that we all stop calling it the popemobile, the car used by the Pope remains called that and has taken on many guises over the years, from a Seat Panda to a Nissan Frontier. Its distinctive, open-top look allows the Pope to be seen during visits while protecting him with bulletproof glass. Apparently, the automaker's co-founders Henrik Fisker and Dr. Geeta Gupta-Fisker presented their design for an adapted Ocean to Pope Francis during a private audience on Thursday and it's been agreed for development.

While the world is yet to see a production-spec Ocean, Fisker does have substantial environmentally friendly adaptations planned to reflect the Pope's strong message about man-made climate change.

Henrik Fisker explained, "I got inspired reading that Pope Francis is very considerate about the environment and the impact of climate change for future generations."

"The interior of the Fisker Ocean papal transport will contain a variety of sustainable materials, including carpets made from recycled plastic bottles from the ocean," Fisker continued.

The cupola (that's the bit the Pope stands in) will be all glass to give the Pope maximum visibility. Pope Francis has previously gone "open air" on the basis he doesn't have much cause to worry about bulletproof glass at his age, but from the renders Fisker have supplied, it looks like this latest popemobile will be more enclosed.

Fisker says it'll deliver the car to the Vatican in 2022, with the Ocean set to start production in November that year to fulfill what it says are 16,000 existing reservations—to which the Pope can now add a very special configuration.