Check Out the Fifth Annual Miami Concours Happening This Weekend 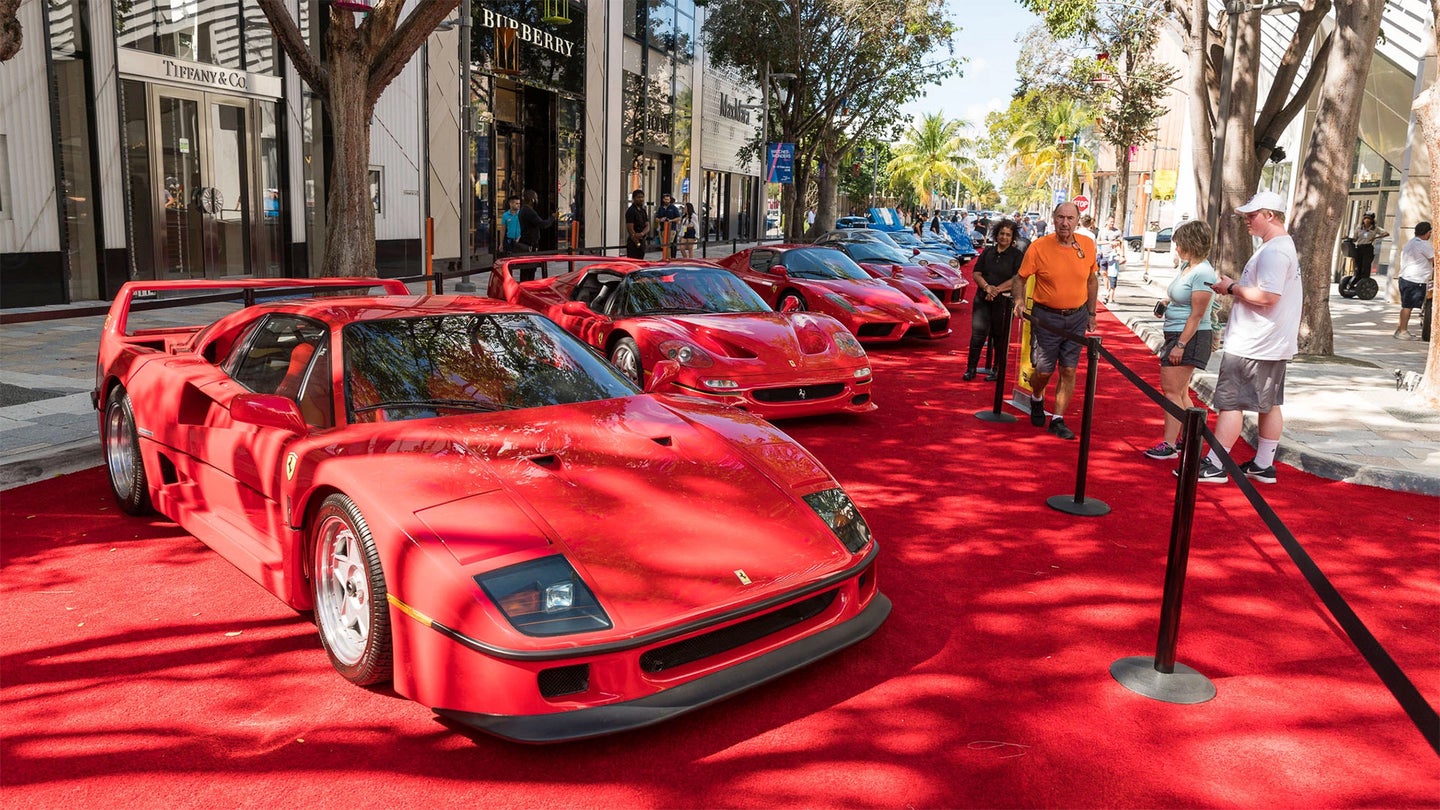 Are you in Miami, Florida, this weekend with nothing to do and nowhere to go? Then you should head down to the Miami Design District to check out the Miami Concours, now in its fifth year running. Warm weather, beautiful cars, and automotive personalities will be present. What's not to like?

In typical Miami Concours fashion, you can expect a red carpet covering Design District streets. The cars will include a Mercedes-Benz AMG CLK DTM, a Lamborghini Diablo GT, a Lamborghini Countach LP400 Series III, a Lamborghini LM002 Dakar, a Jaguar XJ220, a Ferrari F50, a Bugatti Chiron, and a Ferrari F40. Notably, the F40 is the one that was originally delivered to Nigel Mansell, 1992's Formula 1 World Champion, after he signed with Scuderia Ferrari in 1988.

I have also received word that there will be 10 Paganis. Ten!

In addition to awarding the cars, this year's Concours will also honor James Glickenhaus of Scuderia Cameron Glickenhaus, which currently aiming to pass all crash tests in its 004S without any onboard airbags.

These events are always fun because you can treat them like a time capsule: seeing something from the '70s parked so close to something from this decade makes the advancement in car technology all the more obvious. But arguably more fun than spotting the differences is picking out the similarities.

Many of the cars on display are courtesy of Curated Investments, which is a collector's and supercar dealership based in Miami. The event will take place starting Friday (today) and will run through Sunday, Feb. 20. Friday and Saturday hours run from 11 a.m. to 8 p.m. Sunday hours, during which the main event and award ceremony will take place, run from 11 a.m. to 5 p.m. A full list of event details can be found here.

The 2022 Miami Concours is free to the public. You almost can't not go.

CEO McKeel Hagerty explains how he aims to keep car culture alive without homogenizing it.

Concours Events Are Popping Up Everywhere Again in 2021

We’ve missed them so much.