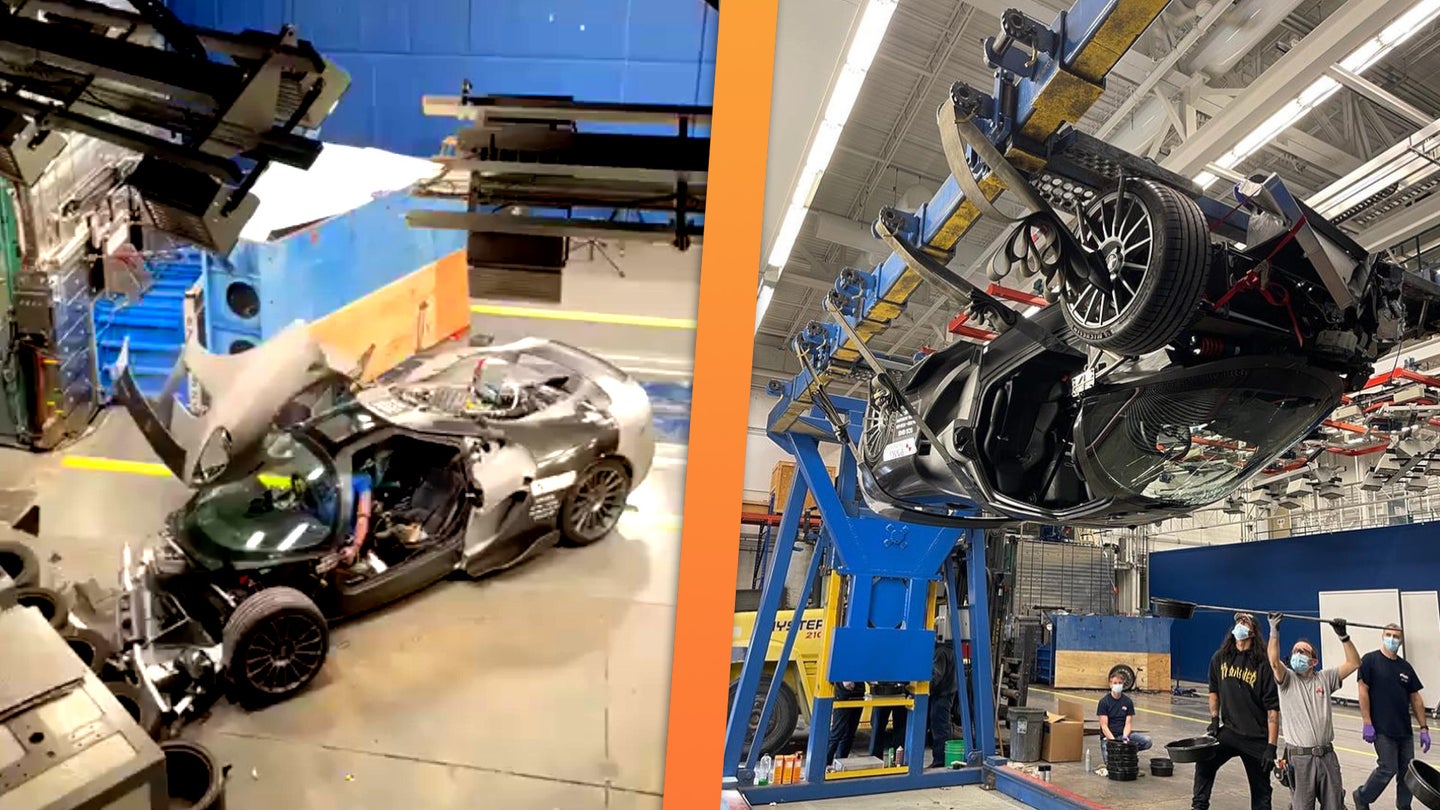 Airbags have become widespread since their initial introduction in the 1970s, and it's hard to imagine buying a new car from any manufacturer these days without one. However, Scuderia Cameron Glickenhaus isn't your run-of-the-mill automaker, and is aiming to pass crash tests with the SCG 004S with no airbags fitted, as reported by Muscle Cars and Trucks.​

Crash testing is an incredibly expensive undertaking for any automaker, but the cost can be crippling for smaller companies operating at lower volumes. An automaker might use 10, 15, or even more cars to quickly pass the exhaustive battery of tests required to approve a car for use on the road.

However, smaller bespoke manufacturers like Scuderia Cameron Glickenhaus often get creative to bring the costs of destructive testing down. Notably, James Glickenhaus has previously explained that the company uses a leaner approach, stating that "Because of the strength of the 004 and its modular construction, we think we can do all required tests with a single car." Repairing a single mule after each crash takes time, but means that the company doesn't have to burn through multiple chassis in the process.

The company has shared videos of multiple crash tests on Facebook. Whether it's the unbelted driver impacting the steering wheel, or verifying that nothing leaks out of the vehicle if it ends up on its roof after a crash, none of the videos feature an airbag deployment.

With a carefully-designed collapsible steering column and the car's three-seater layout, the hope is that the car can pass all required tests without the need for airbags at all. On February 10, the company announced the car had passed another test successfully, with just "two more big ones to go."

It's not the only company making such moves, however. Noble is soon to release its own M500 supercar which similarly dispenses with airbags as well.

We've seen the company's crash tests videos before, and in greater detail, too. It appears that the company is making solid progress to getting the SCG 004S on the road, even if it's taken a while since it was first announced back in 2017. If you find yourself behind the wheel in coming years, just don't be alarmed at the lack of an airbag.

Don’t count on anti-lock brakes to save you, either.

Gotta do what you’ve gotta do, but still…yeesh.