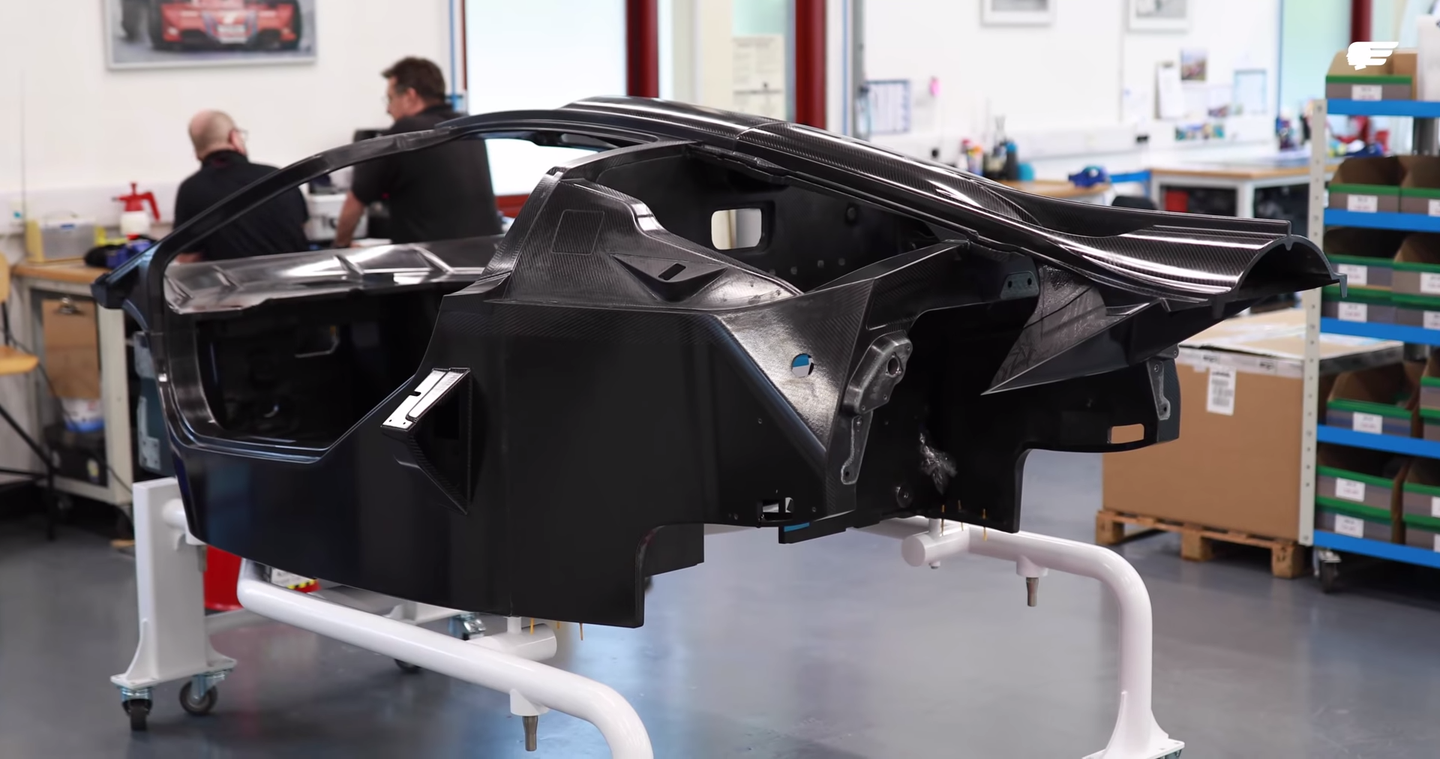 We talk a lot about prototypes and the global homologation process because while being an interesting topic from an engineering standpoint, it's also what can make or break a small yet ambitious automotive startup these days. Of course, Gordon Murray is hardly new to this game, having already prepared for the T.50's validation process by budgeting for 13 XP cars before production. To compare, Rimac will crash 11 prototypes out of its 15 pre-production C_Twos, while SCG intends to do all with a single 004 monocoque that can later be rebuilt as a race car or a factory demonstrator.

We already saw the Ultima-based T.50 powertrain mule named "George" fire up its 12,100-rpm Cosworth V12 for the first time, yet the carbon fiber monocoque of the $3 million supercar has only just been revealed. Now, T.50 XP1's 220-pound backbone is at the workshop, ready to be assembled into perhaps the most fascinating road car prototype of 2020.

Similarly to Rimac's, SCG's and McLaren's larger tubs, GMA's unique handmade sandwich-panel carbon monocoque features a central fin for additional rigidity and rollover protection, also providing those lucky 125 customers with a three-seat, central-driver layout. The rest of the body is made of carbon composite panels so that the T.50's weight figure can stand at 2,160 pounds.

The Gordon Murray Group has also announced that while keeping its existing Dunsfold Park site as the manufacturing center for upcoming T.50 and T.50s supercars, the company is also to establish a new global HQ and technology campus in Windlesham, Surrey, as part of a $65 million investment. This all-new, 130,000-square-feet facility will house automotive design, engineering, research and development, sales, marketing and even a heritage center, creating over 100 new jobs in the process. The T.50s will also use British components for more than 90 percent of its construction.

Thirteen as the number of T.50 XP cars is impressive, and while some of those expensive prototypes will surely be crashed beyond repair, it will be interesting to see what happens to the rest. McLaren's Ultimate Series XP models are always sought after by collectors, and when it comes to the legendary F1, only two prototypes made it out of Woking.

While the unpainted F1 XP1 was destroyed during engine testing in Namibia, XP2 was crashed under controlled circumstances, only for XP3 to remain Gordon Murray's personal car up until recently. XP4 went to America, while XP5 stayed at McLaren, becoming the prototype used for the world record run at Volkswagen's Ehra Lessien test track with Andy Wallace in 1998. Now, the T.50's XP era begins with this car's carbon fiber monocoque, ready to attack the track with up to 720 naturally aspirated horses.