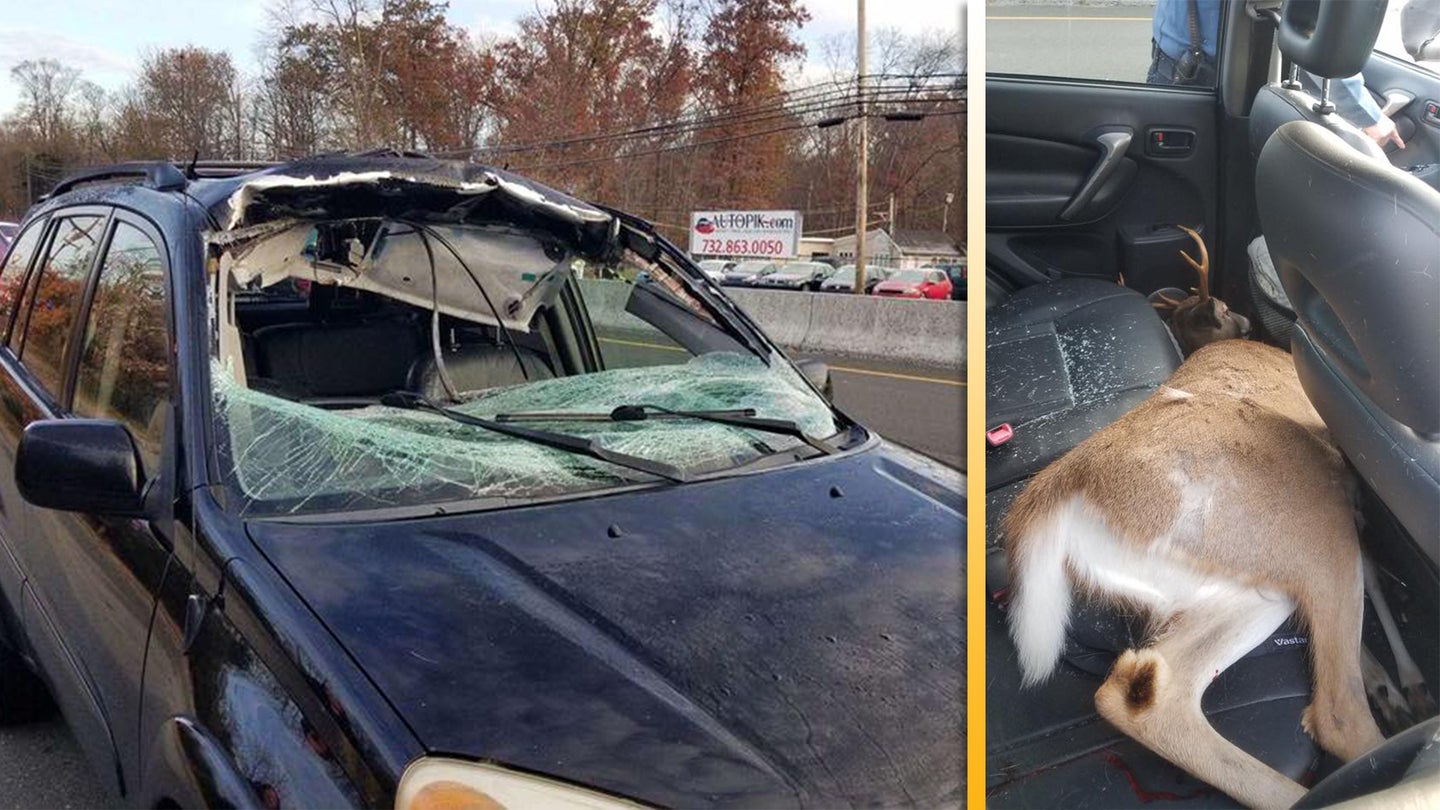 Deer hunting season in New Jersey doesn't begin for another five days, but one driver got started a little early when she bagged an 8-point buck with the back seat of her 2004 Toyota RAV4 on her way to work on Monday morning, according to the Howell Township Police Department.

Howell resident Melissa Misthal was traveling along suburban Route 9 at around 50 mph when the deer ran into the road directly in front of her. Police say she tried to avoid the animal but ended up striking it mid-bound. Rather than destroying both the front of the car, as is often the case in these collisions, the deer's airborne position at the moment of impact sent it straight through the windshield and into the back seat.

Amazingly, the large animal—not to mention its antlers—somehow missed Misthal on its way through the car's cabin. In a Facebook post sharing details of the crash, Howell Police praised her for managing to maintain control of her vehicle as she pulled over in shock. She was reportedly treated on scene for a minor injury. The deer was obviously killed on impact—no Tommy Boy-style resurrection here.

"Five minutes into my commute, the next thing I know there is a deer in my face," she told WPVI News. "My windshield collapsed on me... Looking at the size of that animal, I don't know how I'm not more seriously injured. I'm so grateful."

Forget serious injury, these kinds of incidents can absolutely kill. The whole thing does kind of sound like a highly suspicious excuse for being late to work on a Monday, so thankfully Misthal's got official proof to document her wild encounter—plus enough fresh venison to feed the whole office.

Reminder: Do Not Put Live Deer In Your Trunk

Seriously. Make sure that sucker is deader than hell.