That’s roughly a third of its 9,063-pound curb weight. 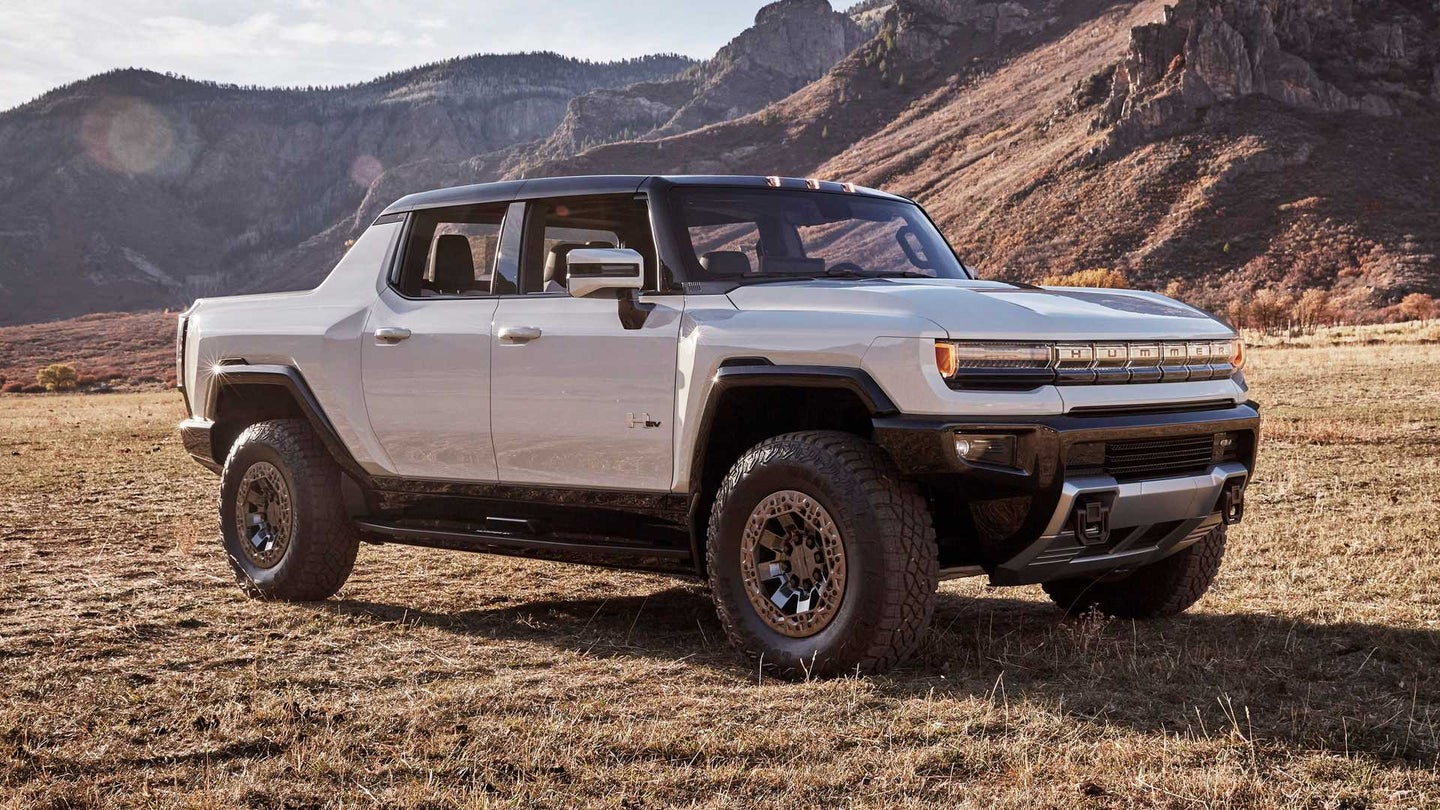 We've known for a while that the 2022 GMC Hummer EV weighs a lot—about 9,000 pounds. It's also been known that much of the bulk can be attributed to its ginormous battery, but until now, we weren't sure exactly how much. Thanks to documents submitted by General Motors to the EPA and later spotted by Car and Driver, we know the electric Hummer pickup's Ultium battery pack weighs a staggering 2,923 pounds on its own.

That's about 600 pounds more than a new Mazda MX-5 Miata, in case you're curious. This is for the top-spec pack you'll find in the Hummer EV Edition 1, which has a usable capacity of 212.7 kilowatt-hours. A total curb weight of 9,063 pounds is confirmed by these documents as well, meaning a little over 32 percent of the pickup's heft comes from the battery.

It's no wonder, then, why the Hummer EV is 2,500 pounds heavier than the Ford F-150 Lightning, another electric truck that's by no means lightweight. Once you also factor in the GMC's tri-motor drivetrain as compared to the Lightning's dual-motor setup, you'll have a clear idea of where the additional poundage comes from. Still, it's hard to grasp just how chunky this thing is.

All this being said, there's obviously enough power to lug it all around. The Hummer EV's chief engineer told us it used to pop wheelies before they tuned that out. It clammers from zero to 60 miles per hour in right around three seconds, which is undeniably impressive, even considering its $110,295 MSRP.

Thanks to the big-time energy capacity of that Ultium battery pack, the Hummer apparently goes 329 miles on a charge. That's a figure achieved by other EVs with much smaller batteries, but again, they don't have nearly as much gravity fighting against them. It all works out to 47 MPGe combined—I know that's a sort of incomplete metric to judge by, but the Chevy Bolt EV manages 120 MPGe combined, for reference.

Nobody who buys one of these will care that it's far from the most efficient EV on sale. What they will care about is how extreme every number is, and pound for pound, the Hummer outdoes pretty much every other car out there. And that's saying something.