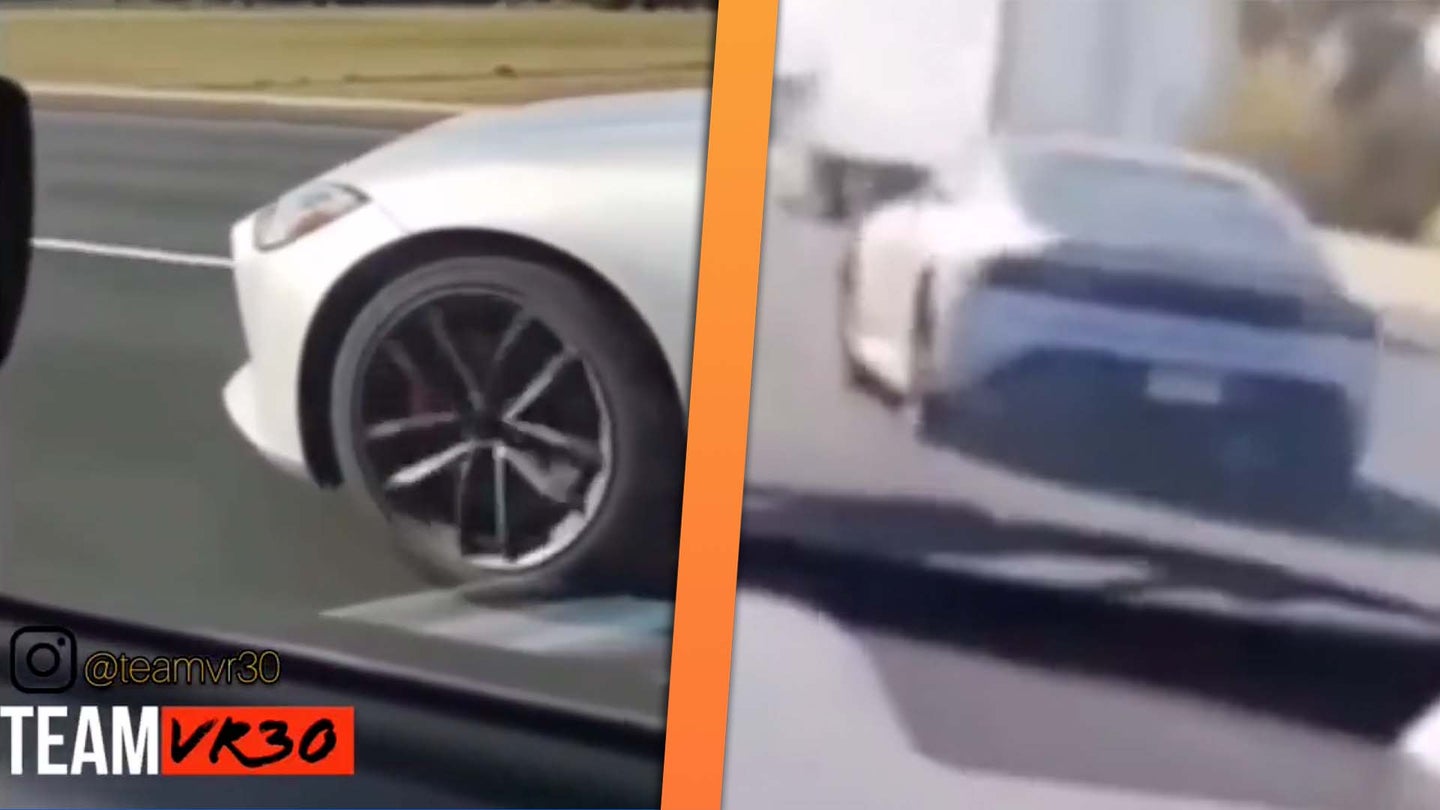 The new Nissan Z is almost upon us and preliminary public reactions have been mostly positive. It isn't a crossover, 400 horsepower is enough oomph, and, most importantly perhaps, the car looks great. But in case you need any further reassurance that Nissan's upcoming sports car should be a real banger, here's a clip of it engaging in an impromptu highway road race against an apparently modified Subaru WRX STI... and coming out victorious.

In a brief clip recorded from the STI's passenger seat, the Subie appears to get the jump on the Z at first. Soon after, though, the mighty Fairlady surges past and continues to build a not-insignificant lead.

From what I can tell, the STI never let off the gas. That means the Z really walked the Subaru on the top end, which makes sense given its advantage in displacement and presumably taller gearing. Imagine the Nissan with a tune (you know they're coming).

Judging from the color, the lack of center caps, and the placement of black tape, this Nissan appears to be the exact same development mule we saw getting launched hard late last year. Regardless, Nissan's test drivers apparently like to party.

The STI, meanwhile, appears to be from the current VA generation, judging by its passenger-side air vent.

Slated to drop as a 2023 model year car, the new Nissan Z is powered by the same 3.0-liter VR30DDTT twin-turbo V6 found in the Infiniti Q60 Red Sport 400. Unlike the Infiniti, the Z will be available with a six-speed manual gearbox. Pricing will also start at "around $40,000."

The current 310-hp Subaru WRX STI, meanwhile, commands at least $37,245—and likely quite a bit more in aftermarket mods that, apparently, still won't mean a guaranteed win against Nissan's new golden child in a straight line.

Got a tip or question for the author about taking Subarus to Gapplebee's? You can reach them here: chris.tsui@thedrive.com