There are many ridiculous numbers surrounding the Bugatti Chiron hypercar. For example, it tops out at 260 miles per hour, and it'll get from zero to 62 and back to zero again in a hair under five seconds. It also has four turbos and 16 cylinders that help it make 1,500 horsepower and 1,180 pound-feet of torque. To make sure Bugatti hasn't been fibbing about those last two metrics, Cannonball Garage in Gilberts, Illinois decided to put one on a dyno. And, as far as they can tell, it was the first Chiron to see a dyno outside of Bugatti's own garden walls. (The first that's been publicized, at least.)

In the interest of cutting to the chase, the "bone stock" hypercar laid down 1,369 hp at the wheels and 1,163 pound-feet. Peak power and torque arrived at 6,620 rpm and 5,060 rpm, respectively, and the car was running on 93 octane fuel. Compensating for drivetrain loss, we'd say Bugatti's official specs are pretty accurate, if not a tad underrated.

More interestingly and perhaps a contributing factor as to why it's taken so long for this to happen, putting the Chiron on the dyno wasn't exactly an easy thing to do. Not only are the cars themselves few and far between but there was also a massive underbody tray that had to be removed.

“What we found was maybe the world’s largest single-piece undertray under this car," Cannonball Garage owner Arne Toman told The Drive. "We kinda sketched it out at first and thought ’holy cow!’” Toman estimated it to be two-thirds of the length of the car.

“We just started carefully disassembling the thing," he continued. "After looking around, we saw it had solid control arms. We called our customer and told them we could strap it down and dyno it.”

Even after the undertray was removed, the car had to fit onto the rollers themselves. Which it did—barely. “We had to line it up so perfectly because the rollers on the dyno are 81 inches wide—the [Chiron] is 80 inches wide... It was a careful operation to make sure we could dyno this thing safely. Everything was taken very slowly and cautiously, more than usual.”

Speaking of, this Chiron's owner at the Hamilton Collection apparently drove the car to Cannonball Garage and also has a McLaren Senna with upgraded downpipes, among other supercars. Another fun fact: Toman also happens to be the Cannonball Run record holder, driving from New York to Los Angeles in 25 hours and 39 minutes in a modified Audi S6.

Got a tip or question for the author about the Chiron? You can reach them here: chris.tsui@thedrive.com 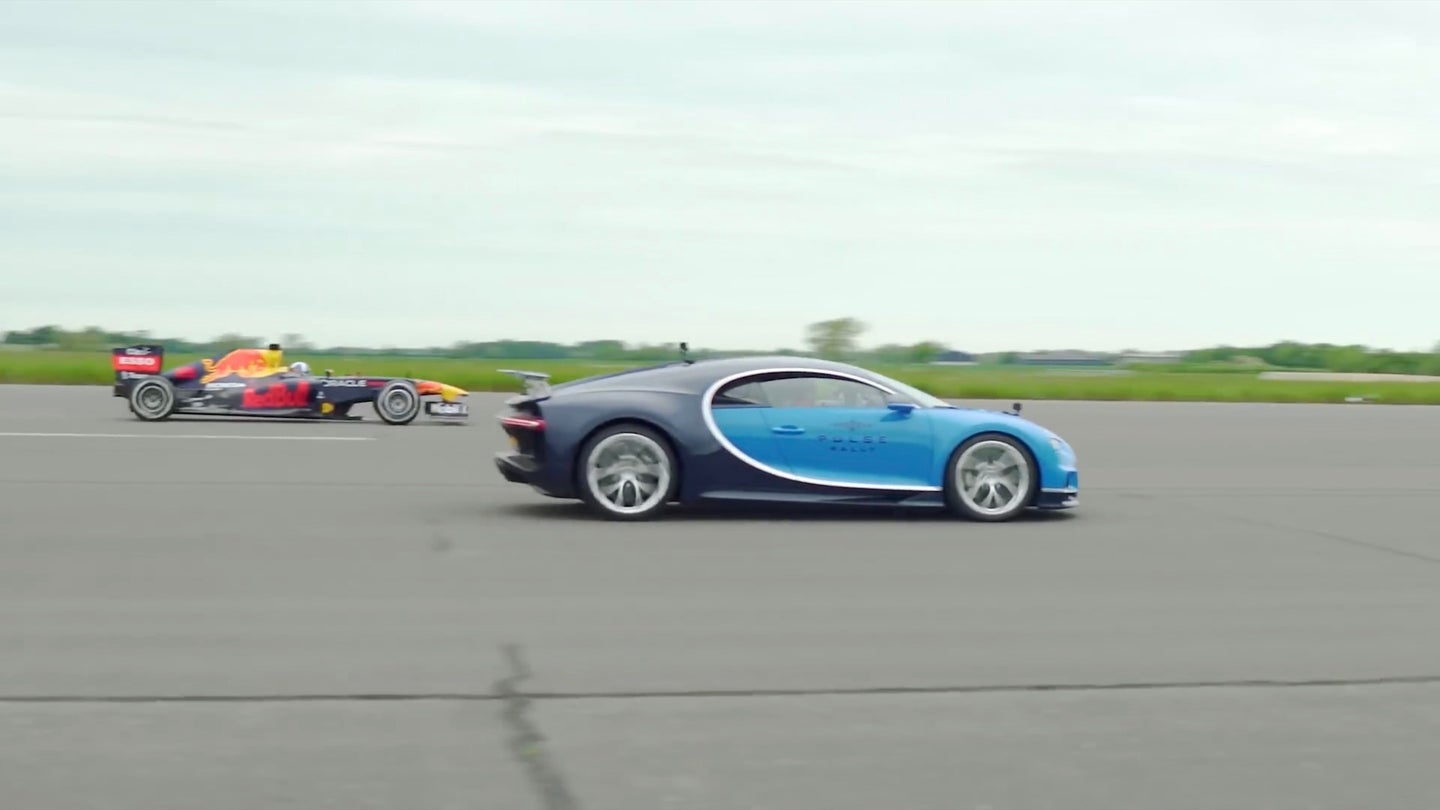 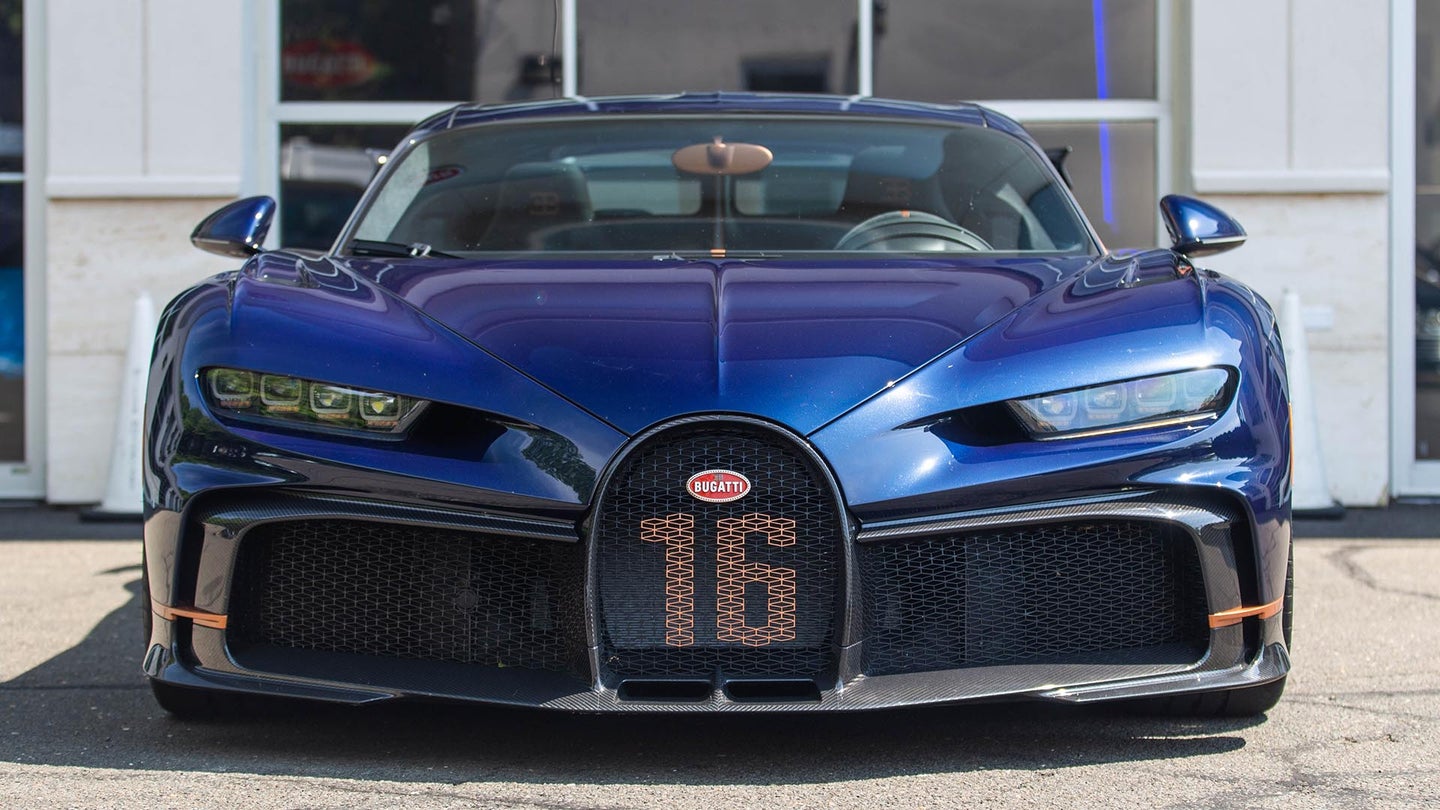 Your Burning Questions About the 2021 Bugatti Chiron Pur Sport, Answered

To start, the horn is surprisingly loud. Then again, you need to hear it coming. 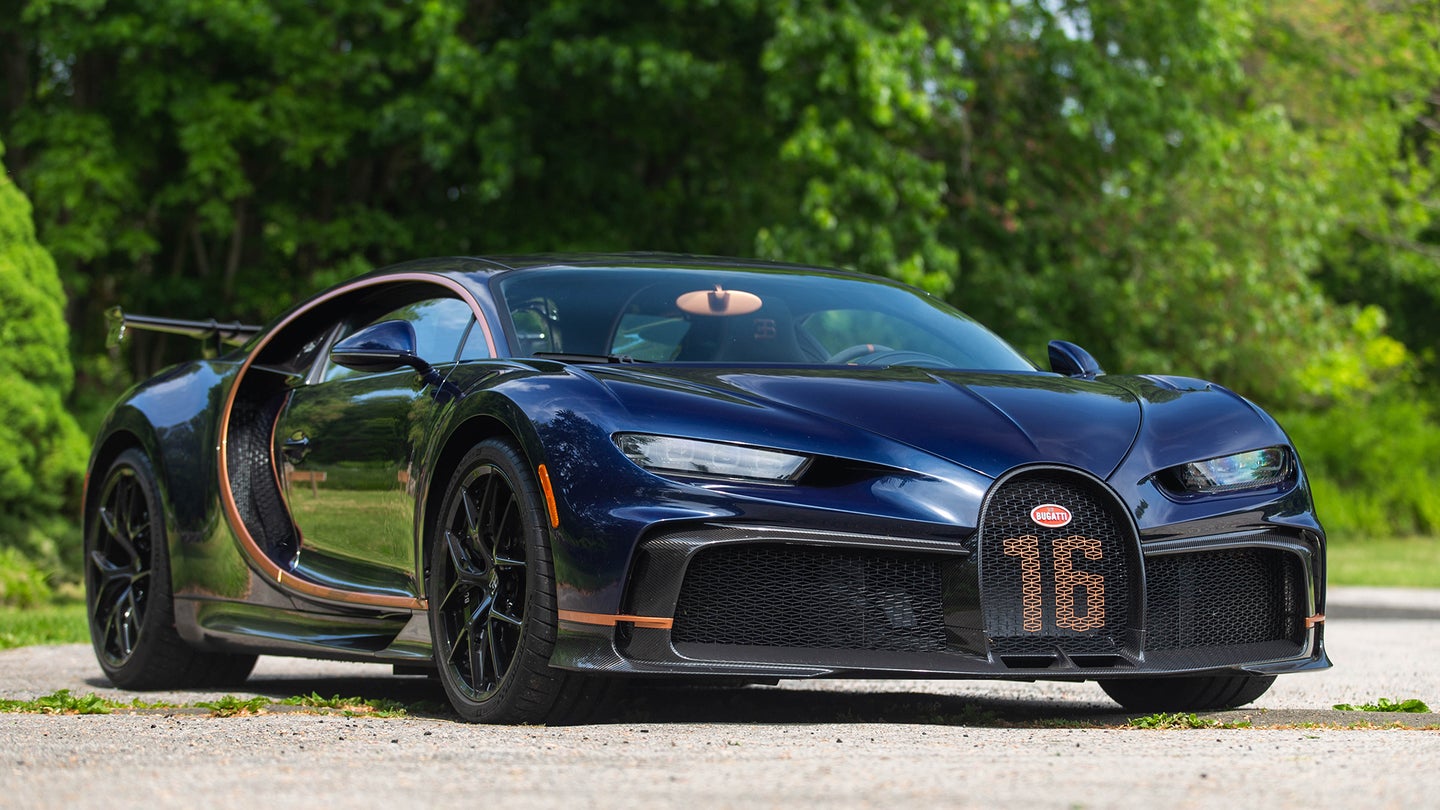