The actor who plays Han Lue in the Fast and Furious franchise led the restoration of the formerly rusted-out Z. 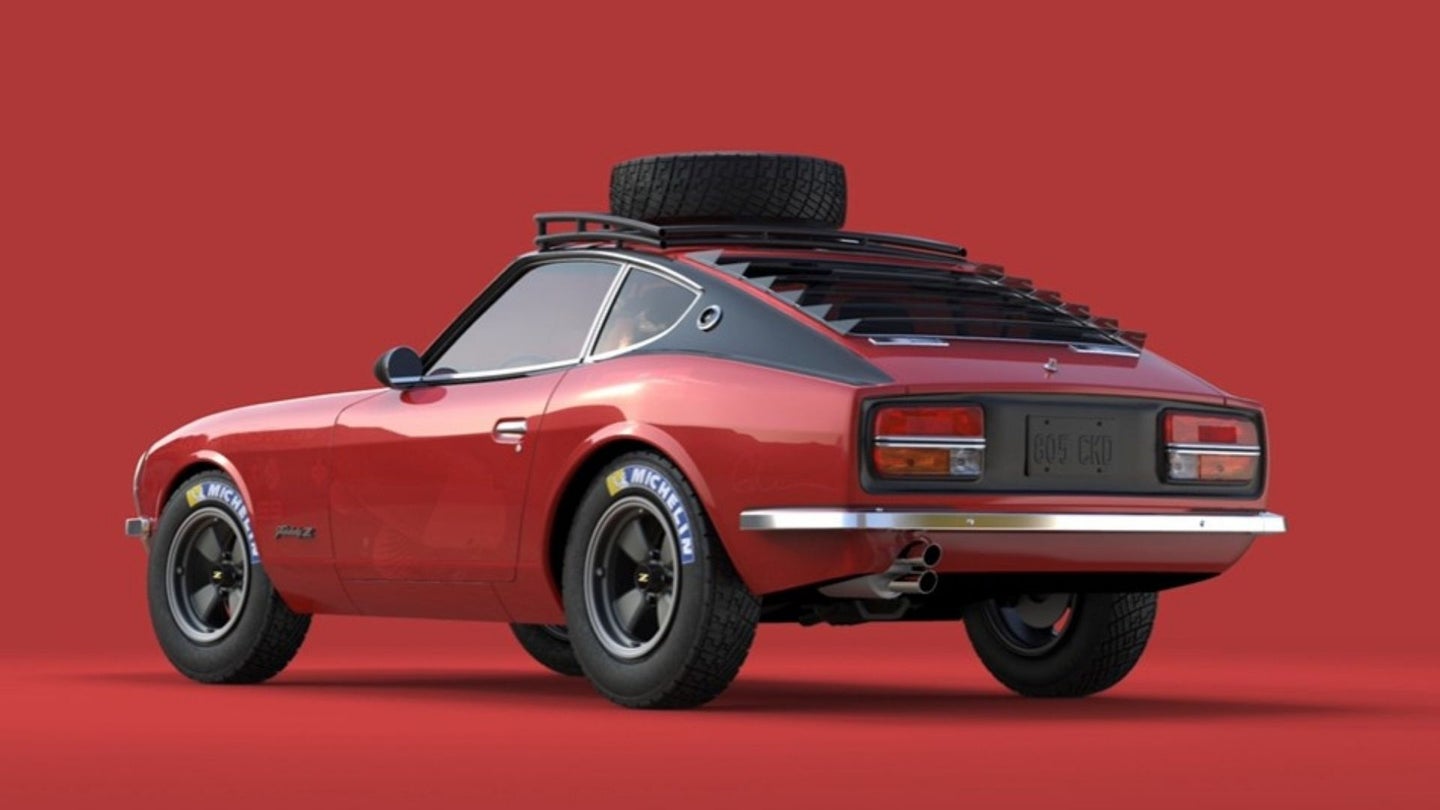 As we discovered back in March, Sung Kang of Fast and Furious fame is a legitimate gearhead in real life and drives a black 1987 Buick Grand National named Buddy. The man who plays Han Lue in the Fast franchise also owns a stunning safari-style 1971 Datsun 270Z that he rescued and restored with his crew.

The 270Z is called “DocZ” and it’s going to be on display at the 2021 Specialty Equipment Market Association (SEMA) show in Las Vegas next week.

Kang and Erick Aguilar of Erick's Racing found a complete 1971 240Z in Los Angeles already done up in East African Safari Rally homage livery. The Z was in bad shape, really just a rusted-out shell, when he found it. At first, he wanted to drop in a Skyline engine like his Fugu Z, which is the 1973 Datsun 240Z he found on Craigslist and turned into a stellar example of a tuner car.

He decided to go with an original L24 for DocZ instead, but stroked to 2800cc with a custom exhaust, head, and triple Weber carbs. The Z was also refreshed with updated suspension and brakes and he says the 16-inch '78 Nanakorobi Yaoki' are a tribute to the Kobe Seiko-style wheel that was standard on the Z432.

The paint job is especially striking in a deep two-tone red and black adorned with subtle Koi fish graphic pattern.

"The DocZ is a representation of the best of my community," said Kang in a statement; he hopes his project will inspire other Z enthusiasts.

Other highlights making their way to the SEMA show this year include GMC’s Hummer EV, Jeep’s four concept vehicles, a slammed Ford Maverick, and a quad-track Bronco. DocZ is going to attract a crowd; snap a photo if you get to SEMA and share it with us.

Nissan Z Proto: Here’s What We Learned After Seeing It in Person

The Z Proto looks seriously cool in the flesh.

Decades of dust disappear under the gentle hands of some of America’s best detailers.