Want your clapped-out ride to look like a sports car? Forget power mods and body kits—it's all about the (fake) brakes. 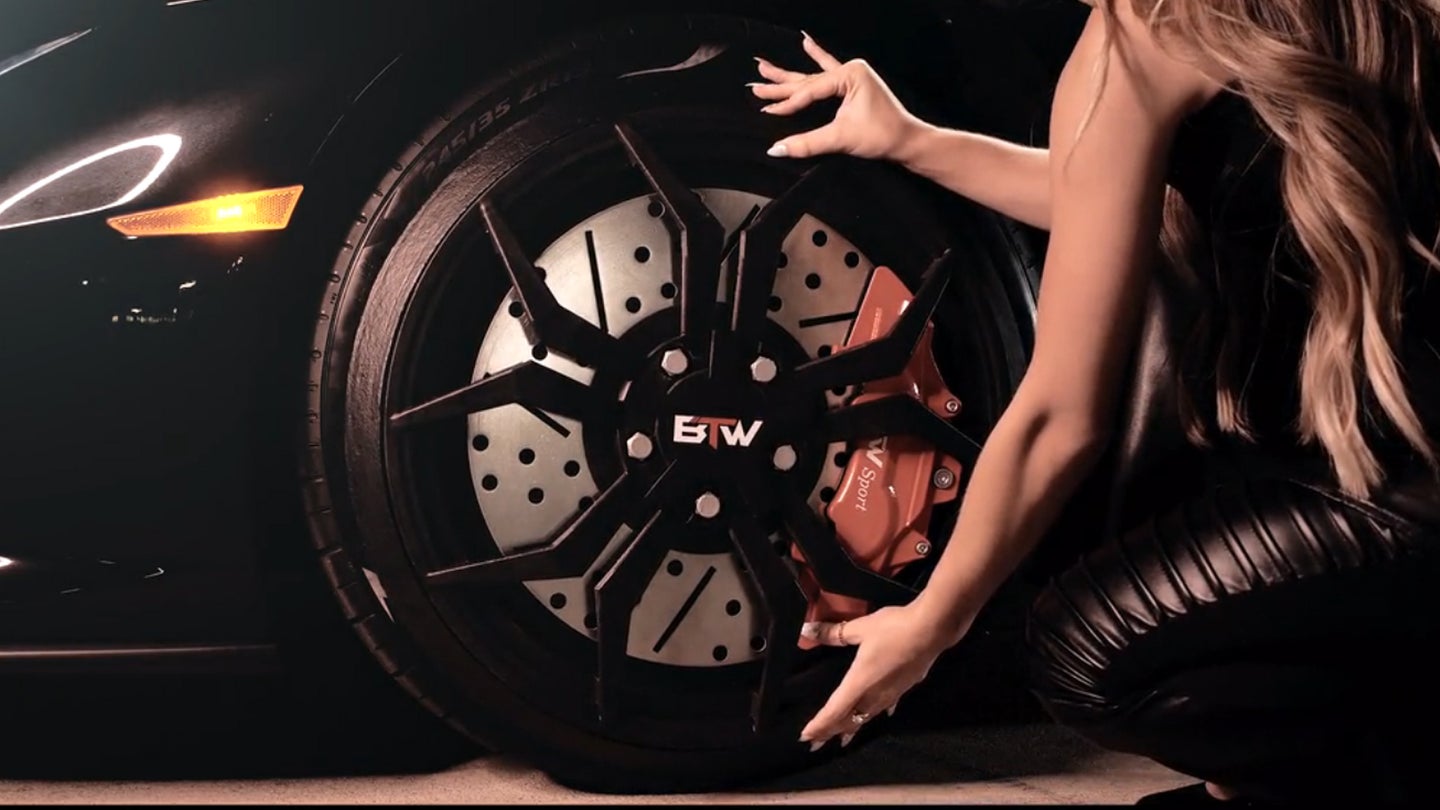 If you miss spinner hubcaps, I have some great news for you: there's a new contender on the block that promises to let you and your ride ball on a budget. Only this time, jealous onlookers won't be watching your wheels keep spinning when you come to a stop; they'll actually be admiring your large, glorious brakes instead.

Aftermarket parts company Better Than Wheels (BTW) figured out the secret sauce for what really makes a sports car. It isn't the loud exhaust, roaring engine, ability to corner, or even its zero-to-60 performance. What is it? According to them, it's actually the large brakes that signal the car's ability to stop on a dime.

As the company themselves put it: "A hubcap inspired from sports cars—for any car."

We've seen similar approaches to imitating the look of performance wheels and brakes before, mostly using clip-on covers for brake calipers, which, while convincing from afar, still leave you with peasant-sized rotors that don't really fool anyone from up close. Plus, you had to actually take the stock wheels off to fit the fakes on. With BTW's new innovative system, however, you only have to remove three lug nuts to affix the company's proprietary mounting system. A true time-saver.

Now at this point, you might be wondering, why don't you just clip these to a steel wheel like any other hubcap?

Glad you asked, but the answer is no because the manufacturer actually pulled off an interesting trick here: stationary brakes. That's right, the rotors and caliper are weighted, meaning that they stay (mostly) planted as your wheels rotate so you won't look like Jesse from The Fast and The Furious while you're driving down the road. The hubcaps also have chamfered edges that appear to meld with the sidewall of your thick tire, giving them a low profile appearance.

BTW says that its hubcaps fit on any car with at least 14-inch wheels, but that doesn't mean you're limited to just that. In case you're feeling really gutsy, head over to the company's Instagram page where you can see a Ford Mustang, Nissan 370Z, and even a Lamborghini Huracan sporting these hubcaps.

Early backers will be able to purchase the hubcaps for $279 (and roughly two dozen people already have). The Kickstarter campaign rewards indicate that MSRP on the hubcaps will be around $139.50 per wheel, which means $558 for a full set of four.

And yes, it's already met its goal.