They really know how to do it better Down Under. 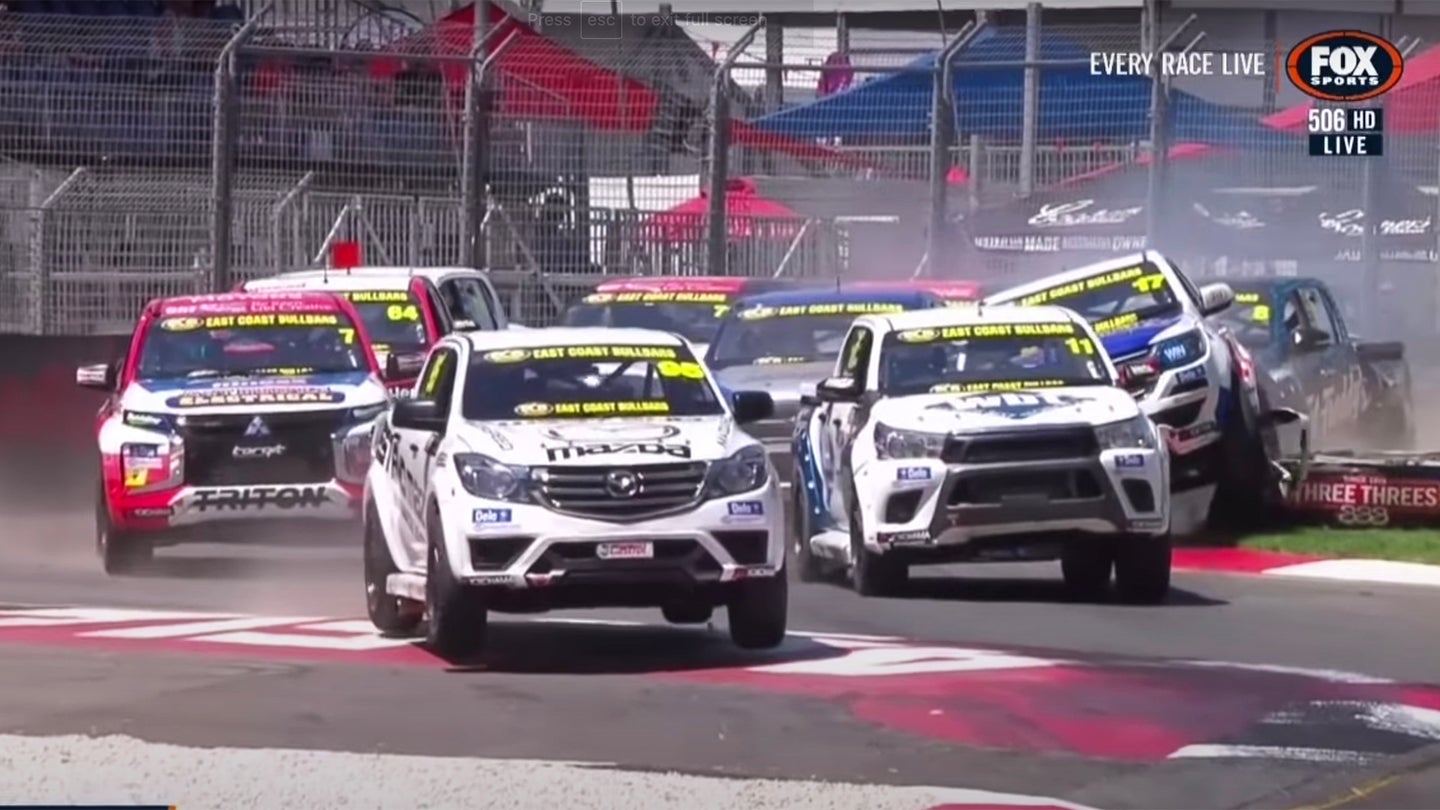 NASCAR may be really upping its game in 2020, but when it comes to V8-powered stock cars on real road courses, Australia's Supercars Championship undeniably does it better. The same holds true for each continent's junior truck series because in Australia, their racing trucks aren't a bunch of lame silhouette spec cars. They're real, production-based, crew-cab pickup trucks that aren't shy of trading a little paint.

SuperUtes, as it's called, has been on the Supercars Championship's junior ladder since 2018, seemingly a third-tier series just like NASCAR Trucks. It features an eclectic mix of entries ranging from big names like the Ford Ranger, Toyota Hilux, and soon-to-be Chevy-badged Holden Colorado, plus oddities not sold in America, like the Mitsubishi Triton, Mazda BT-50 and Isuzu D-Max. All are rear-wheel drive and powered by turbodiesel engines limited to 340 horsepower and 500 pound-feet of torque, hooked up to a Tremec six-speed transmission.

Weighing in at nearly two tons, these trucks aren't as quick as their louder predecessors from the V8 Ute Racing Series, which upset fans during the series inaugural season. To address fans' complaints, SuperUtes announced in late 2019 that its trucks would switch to V8 power for the 2020 season, with an LS3-powered Mazda BT-50 mockup lapping a test track some two seconds faster than its diesel counterpart according to Auto Action.

For reasons we don't need to spell out for you, SuperUtes' 2020 season fell by the wayside, though it appears the series is ready to make its rumbling return in 2021. Fingers crossed the world won't have to spend all of next year hunkered down at home too, and that tracks can again welcome spectators to view everything from the new, louder SuperUtes to the diverse field of the VLN Nürburgring 24.

I wouldn’t want to see this in my rearview mirror.