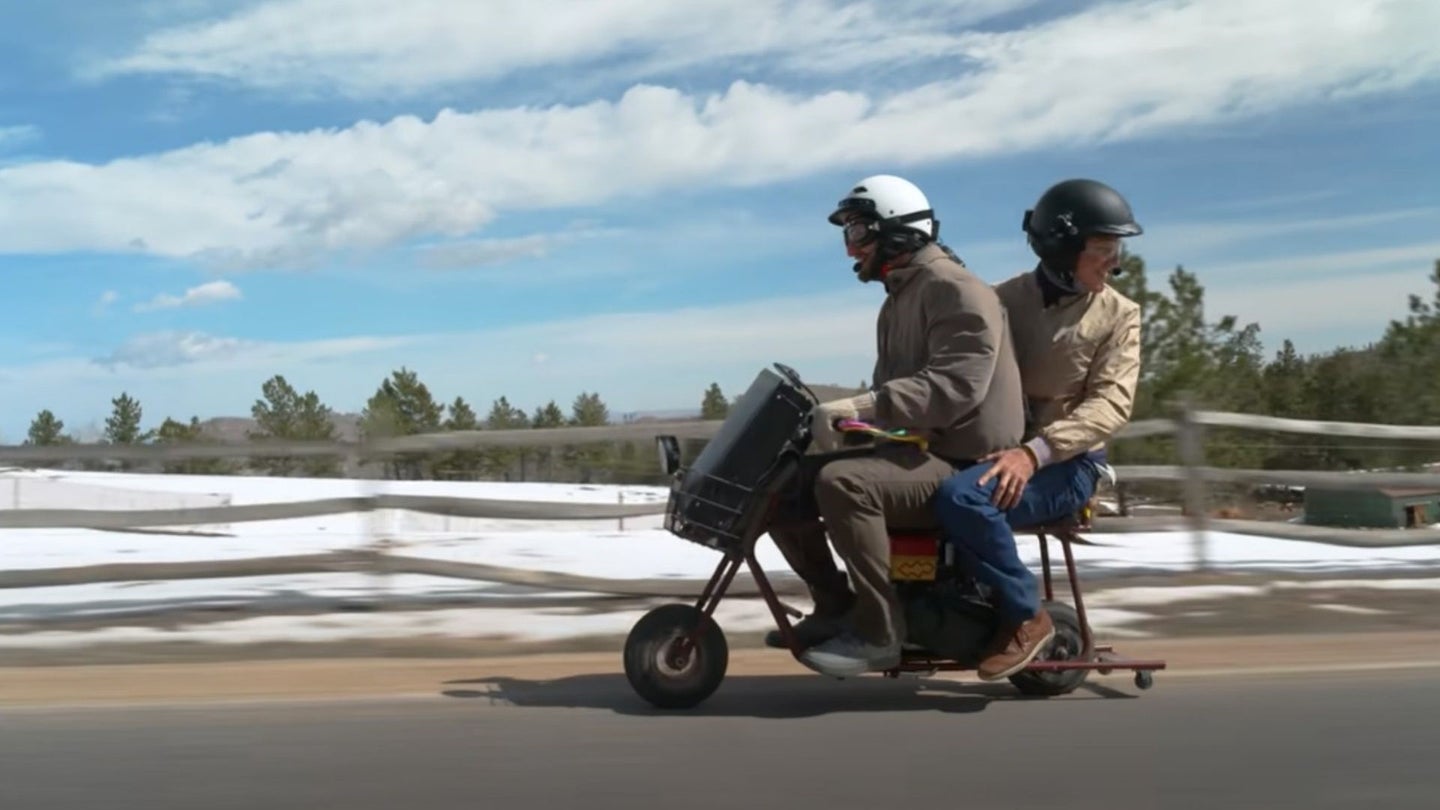 Let’s say you decide to take a road trip. Maybe you’ll strap on a helmet, pull on a leather jacket, and head for the highway on a two-wheeled adventure but you’re not sure where to go. I’ll tell you where: Someplace warm. A place where the beer flows like wine. Where beautiful women instinctively flock like the salmon of Capistrano. I'm talking about a place called Asssssspen.

Yes, Dumb and Dumber fans, I just channeled Lloyd Christmas from one of the most ridiculously quotable movies of the 90s. (Side note: Dumb and Dumber was released in 1994 and how can it be that long ago already?!) If you’ve seen it, you know all about the epic trip that starts on a lovely day in sunny Nebraska and ends in frozen Colorado on a pull-start mini bike. Two intrepid motorcyclists and lifelong friends decided to recreate that scene in real life and share it with all of us, God bless 'em.

Motorcyclists and journalists Zack Courts and Ari Henning met when they were kids on the racing circuit; both had dads in the business. They kept meeting up all over the country as they grew up and eventually reconnected as adults in California, and they’ve been inseparable in person and on YouTube ever since. Only friends with that kind of history could make a trip like this on a mini bike going 25 to 30 miles per hour for days on end.

That’s not to say they didn’t have reservations.

“This is going to be a really long trip,” Henning says at the beginning of the journey.

“If things went well, we’d be in Aspen in a few days,” Courts narrated. “If things went really well, the hog would break down, and we would end this awful experiment quickly.”

On that particular morning in April when they kicked off their trip, the temperatures were in the high 20s, Courts says, accompanied by a brisk wind. The pair had donned battery-powered heated clothing and had it turned on right from the get-go. They joke that they kind of hoped the police would shut them down with the first stop, but no such luck.

In the movie, Christmas says the mini bike will get 70 miles to the gallon, but Henning and Courts found quickly that they would burn two gallons of gas in the first 50 miles. Having two fully-grown men on the bike surely had an effect on the mpgs. They stopped and installed what they call the “Rocky Mountain jet,” leaning out the carburetion.

“I was still holding the throttle wide open constantly, but our top speed increased from 29 to almost 35 mph and efficiency more than doubled,” Courts says in the recap on RevZilla.

After three days, 382 miles, and seven gallons of gas, they arrived in Aspen, Samsonite suitcase intact. As Lloyd Christmas would say in his particular vocal style: “I like it a lot.”

Go watch it; it's my Saturday gift to you.

Big fun in a tiny package.