When you definitely choose quantity over quality. 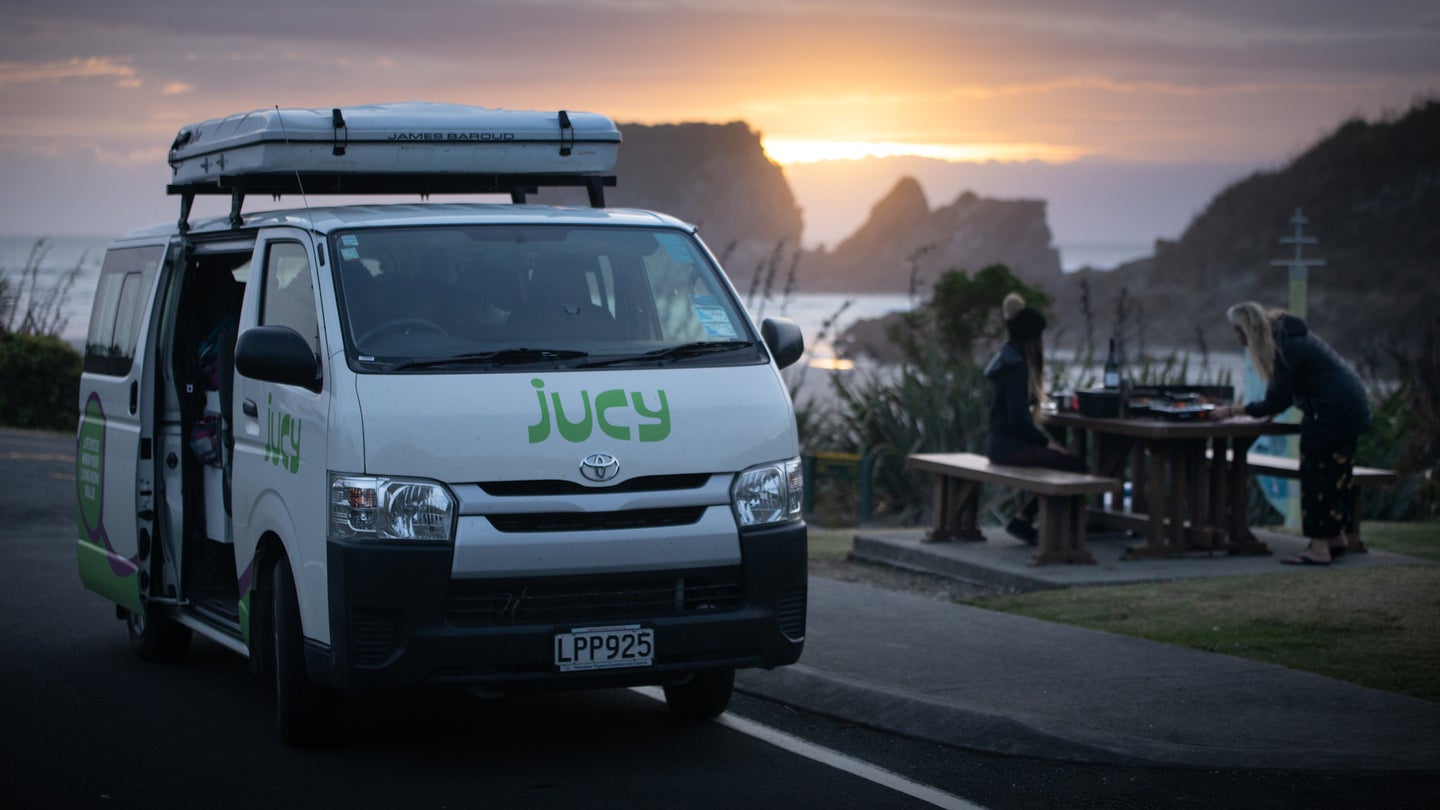 Millions of rental cars have been sidelined due to the COVID-19 pandemic around the world, some of which opportunistic folks have either vandalized—or even stolen—as is the case with a new report out of New Zealand. It appears that opportunistic thieves are responsible for a heist of 112 rental vehicles worth over $1.8 million from a single rental agency's lot in late April.

According to New Zealand Herald, the authorities were tipped off to the thefts after multiple encounters with suspicious vehicles that refused to stop for police. Looking into the background of these vehicles, which included Holden Captivas, Mazda 3s, and Suzuki Swifts, police learned that they were all registered to New Zealand-based rental agency Jucy, which specializes in small campers and RVs, but also rents passenger vehicles such as those mentioned above.

Jucy reportedly realized that a total of 112 vehicles—or roughly four percent of its national fleet—had gone missing, and informed police, which began to search the surrounding areas for the stolen cars. As of Tuesday, New Zealand Herald reports that 90 of the vehicles had been recovered, the majority of them from the Counties Manukau region south of Auckland, and that 32 individuals had been arrested in connection to the thefts. Some of the perpetrators reportedly tried to resell the vehicles via Facebook Marketplace, unintentionally leading police directly to them.

"We're a big operation, but it's just devastating right now when tourism's just been decimated," commented Jucy executive Tim Alpe. "To have to go through this as well is just horrific."

Authorities suspect that the thefts are not the work of organized crime, but are instead the doings of opportunistic thieves, many of whom reportedly found the vehicles unlocked. Charges against them have so far included burglary, failing to stop, receiving stolen property, unlawfully taking a motor vehicle, and violating provisions of the Health Act meant to combat COVID-19.

"Thanks to the dedicated and sustained effort from the staff involved, we have arrested and charged a total of 32 individuals with a range of offenses," stated Inspector Matt Srhoj of the Counties Manukau West. "This was a brazen event involving opportunistic offending on a large scale and we are pleased to be able to hold those allegedly involved to account."