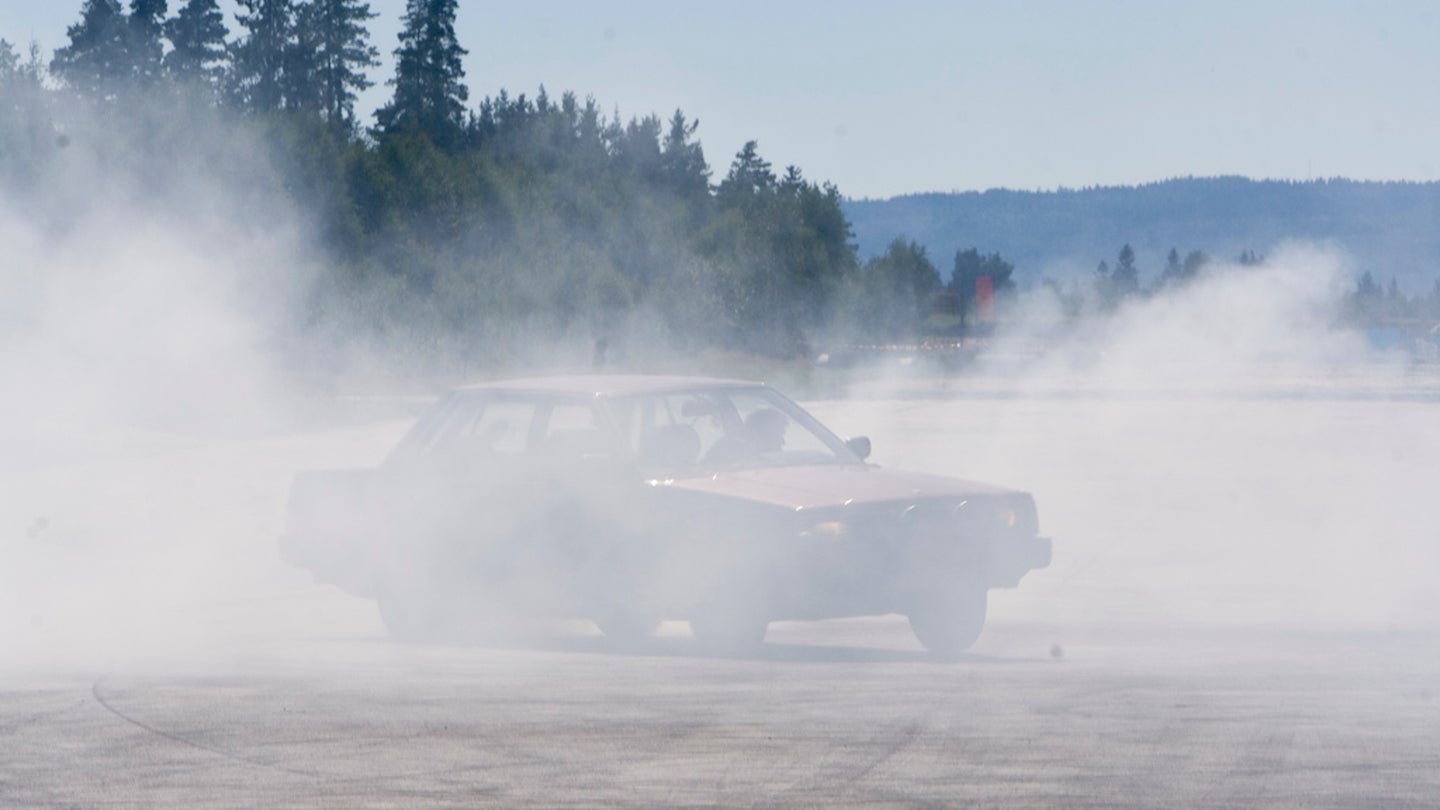 A New Zealand man was ordered to stop driving by a judge Tuesday after he crashed his vehicle into another car that was doing donuts, according to Stuff.co.nz.

Peter James Clement, 40, was in his home one evening when he heard a car screeching its tires outside, according to a police report. The report also said that the car could be seen sliding around a turn near the house, causing the driver of the car to almost lose control. After witnessing this, Clement took off and tried to find the car, according to Stuff.co.nz.

When Clement found the car, he noticed it had just completed a series of donuts in a gravel area near a race track, according to the report. As the car began to drive away, Clement drove his car into the left side of the hooning vehicle. After he managed to get behind the donut-doer, the car braked in front of him, leading Clement to run into its rear end.

After the four people inside the car exited the vehicle, the driver of the hooning car grabbed Clement by his clothes, according to the police report. After a brief talk, the driver let Clement go—but as he left, one of the passengers in the car threw a "large" rock at him, cutting his face, according to Stuff.co.nz.

Clement took the matter to police and explained that he knew he shouldn't have tried to dealt with the situation himself, "however he was sick of people driving like idiots and causing havoc in the community and he wanted to stop the vehicle and tell them it wasn't OK," the police report said, according to Stuff.co.nz.

According to Clement's lawyer, Bill Dawkins, the 40-year-old was previously the first on the scene of a fatal accident in September 2016. In this case with the driver doing donuts, he was trying to stop "them harming themselves," the lawyer explained, according to Stuff.co.nz. "It wasn't his intention to collide with the other vehicle," Dawkins said.

Judge John Brandts-Giesen at the Invercargill District Court explained to Clement that trying to diffuse situations like he attempted to do here is not smart.

"Being an angry vigilante is a recipe for disaster," Brandts-Giesen said, according to Stuff.co.nz.

Clement was required to shell out $1,200 (converted from $1,800 New Zealand) and has had his license suspended for six months.