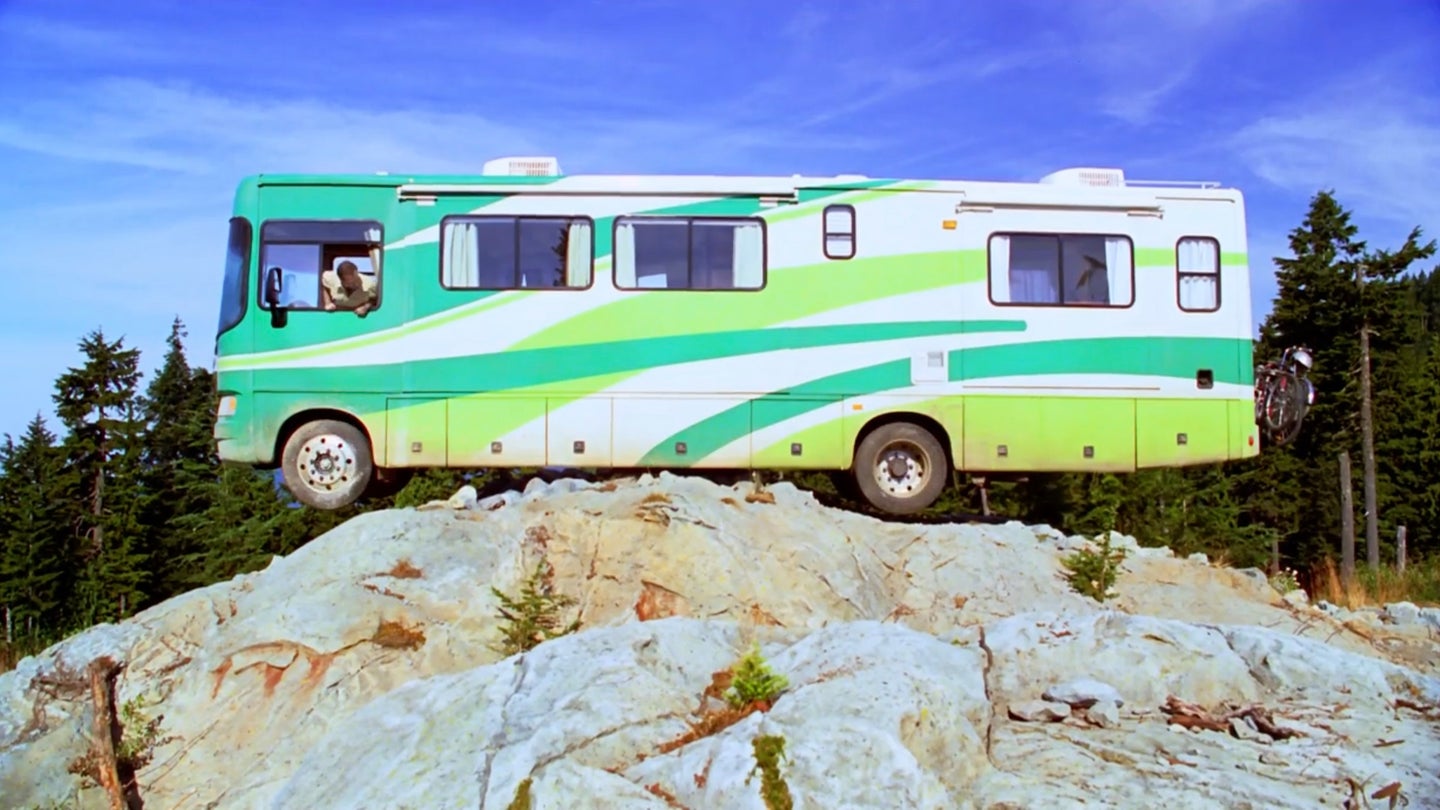 After spending the last two months cooped up at home with family—or roommates who don't respect boundaries—most Americans are beyond ready for a getaway, but with COVID-19 still circulating almost uncontrolled among the populace and a vaccine nowhere in sight, people are hesitant to pack themselves into airliners, hotels, etc. With gas prices at their lowest in decades, many are heeding the call of the road trip by renting recreational vehicles, which has led peer-to-peer camper rental service RVshare (think Winnebago Turo) to report a 650 percent spike in RV and trailer bookings since the start of April.

RVshare attributes the influx of new customers to the ongoing pandemic, which has led many Americans to rethink not just their travel plans for the year, but also how they get around on a daily basis. Recent surveys suggest Americans will favor more insular forms of travel from here on out, with significant portions of the population permanently disavowing communal forms of short-range transport like ride shares and public transit. Similar trends were found when RVshare surveyed its user base, 93 percent of which is shopping RVs to avoid crowds, some 70 percent more than before coronavirus reached American shores.

The ability to isolate oneself or one's family while traveling is one of the RV's main attractions according to those surveyed, of whom 77 percent expect to commit to travel plans within the next three months, and of which a majority have a secluded destination in mind. Some 65 percent said they planned to visit a national park, and 47 percent, a lake. Many said they'd plan to camp out in these areas for an extended period, with nearly half of respondents stating they plan to travel for more than a week.

Relatively flexible booking has also been attributed to the RV's sudden rise in popularity, as RVshare reports a "steady trend" of people booking within a week of the departure date.

Where will you be going this summer, and how will you get there?

Playing in the Petri Dish: Carnival Cruise Line to Resume Service on August 1

Who feels like embarking on a multi-day trip in close proximity with thousands of strangers?

The Europe Travel Ban Will Not Affect Cargo, or Car Shipments

But we could see a potential shortage in automotive parts.