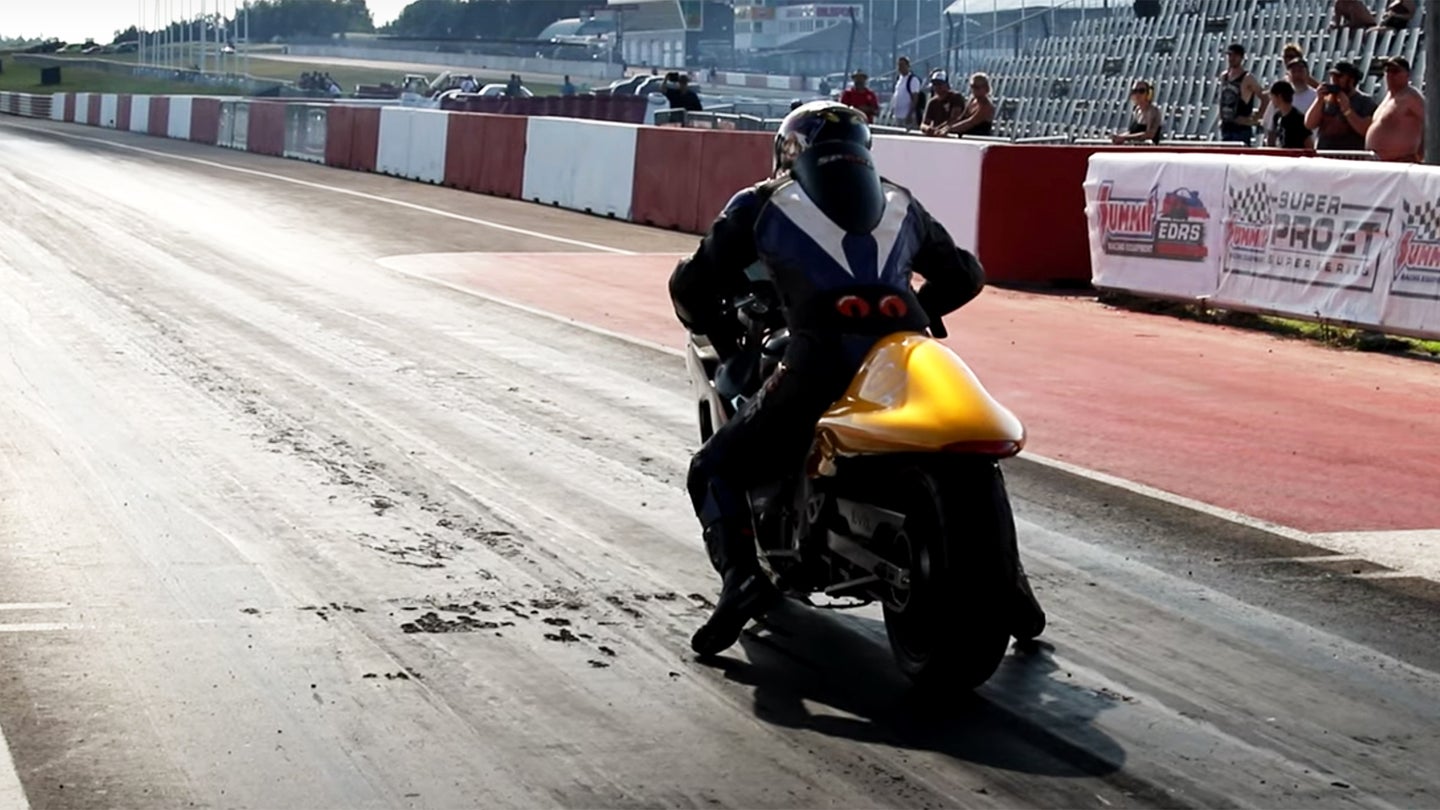 Who knew that forklifts were the key to beating a hypercar in the quarter mile? And here I thought they were just weird, rear-steer workhorses, but apparently that isn't the case. Is this a conspiracy? Who doesn't want us to know about the performance potential of forklifts?

To be fair, the forklift motor used in this electric Hayabusa conversion isn't exactly straight off the rack. The Danish racing team who put it together modified it to take a tremendous amount of voltage and current—around 1300 amps and 200 volts. That adds up to 200 horsepower, and though max output only lasts four to six seconds, that's still enough for a quarter-mile run right around ten seconds. The team claims the bike has done the sprint in as fast as 9.3 seconds—much quicker than the Bugatti Chiron's 10.1 seconds—but that run is not in the video.

Still, this is extremely quick. And quiet.

As well as completely changing the bike's drivetrain, the builders modified the chassis. As is typical with drag bikes, the wheelbase has been extended. In this case, it's by about ten inches over stock. A lot of weight was saved by removing the combustion engine. The modified bike only weighs 361 pounds, very light when compared to a standard 586-pound gas-burning Hayabusa.

This bike is far from the fastest electric motorcycle in the world, but it does have nine world records in its 200-volt class. According to the builders, however, that class no longer exists. The bike was originally built to race alongside regular, combustion-engined drag bikes in Denmark, but the same year the team built the bike, the class was removed. Now, the only thing left for the team to do is hunt around for world records.

These guys seem pretty smart. I wonder if they could make the world's smallest motorcycle even smaller. They would need a very tiny electric forklift. I'll have to ask the local mice.

The 2.5-inch Smalltoe Is the Smallest Rideable Motorcycle in the World