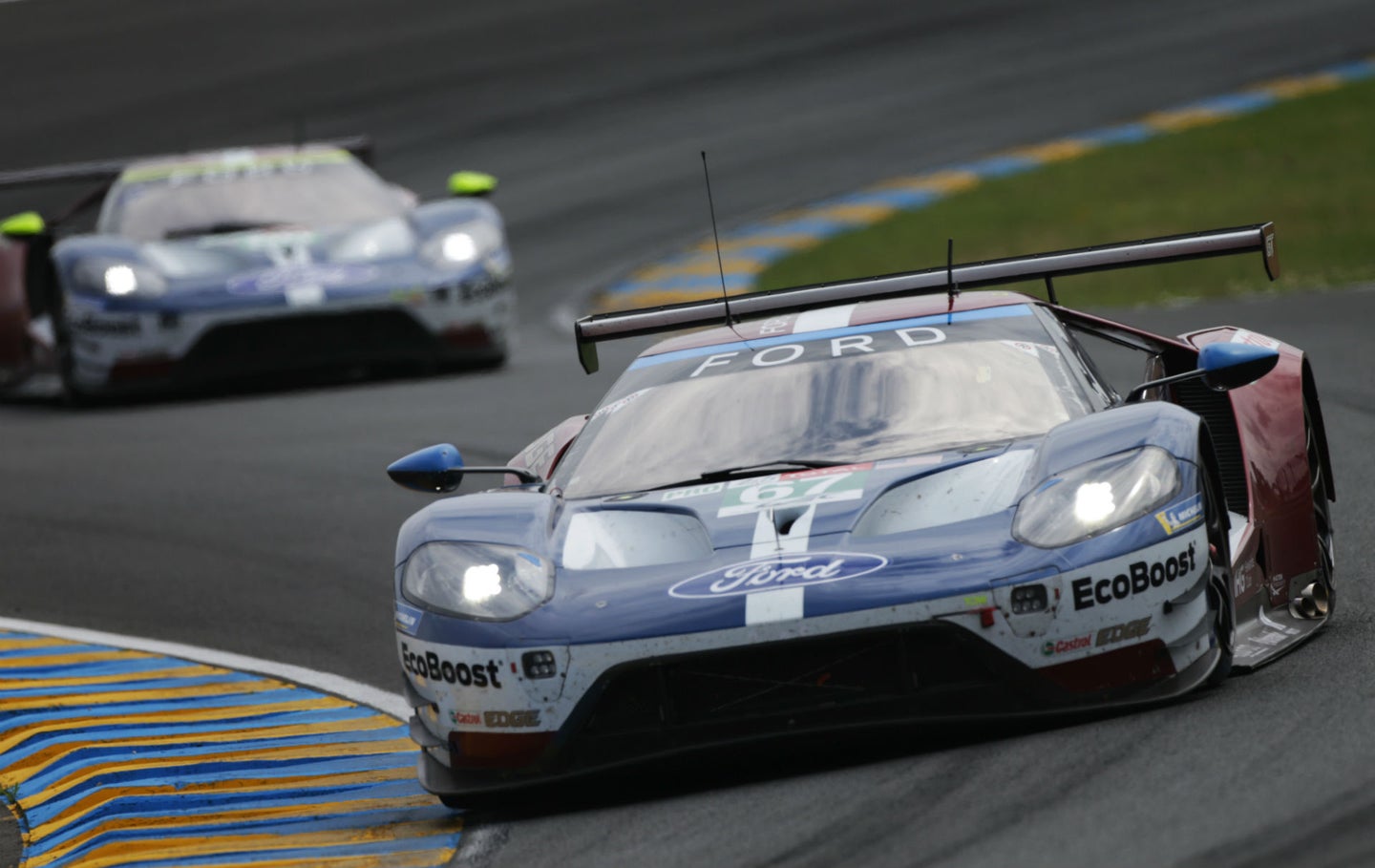 Due to driver Tony Kanaan not meeting the minimum six-hour drive time set by official regulations, the No. 67 Ford GT of Ford Chip Ganassi Racing Team UK has been stripped of its prior, unofficial fourth-place finish in Le Mans' GTE-Pro category.

In total, the penalty cost the team 11 laps plus 1:23.499 of extra time, knocking it down to 12th place in the official post-race standings. This was calculated by taking the remaining time that Kanaan had to meet the minimum, 44 minutes under at five hours and 16 minutes, to whole laps.

As a result, the No. 63 Corvette Racing C7.R of Jan Magnussen, Antonio Garcia, and Mike Rockenfeller has been bumped to fourth place. Rounding out the top-five is AF Corse's No. 52 Ferrari 488 GTE, who had finished five laps behind the No. 67 entry before the penalty.

This will significantly affect the full-time drivers of the No. 67 Ford GT, Andy Priaulx and Harry Tincknell, in their season-long FIA World Endurance Championship efforts. The duo now sits 19th in the GTE-Pro title standings.