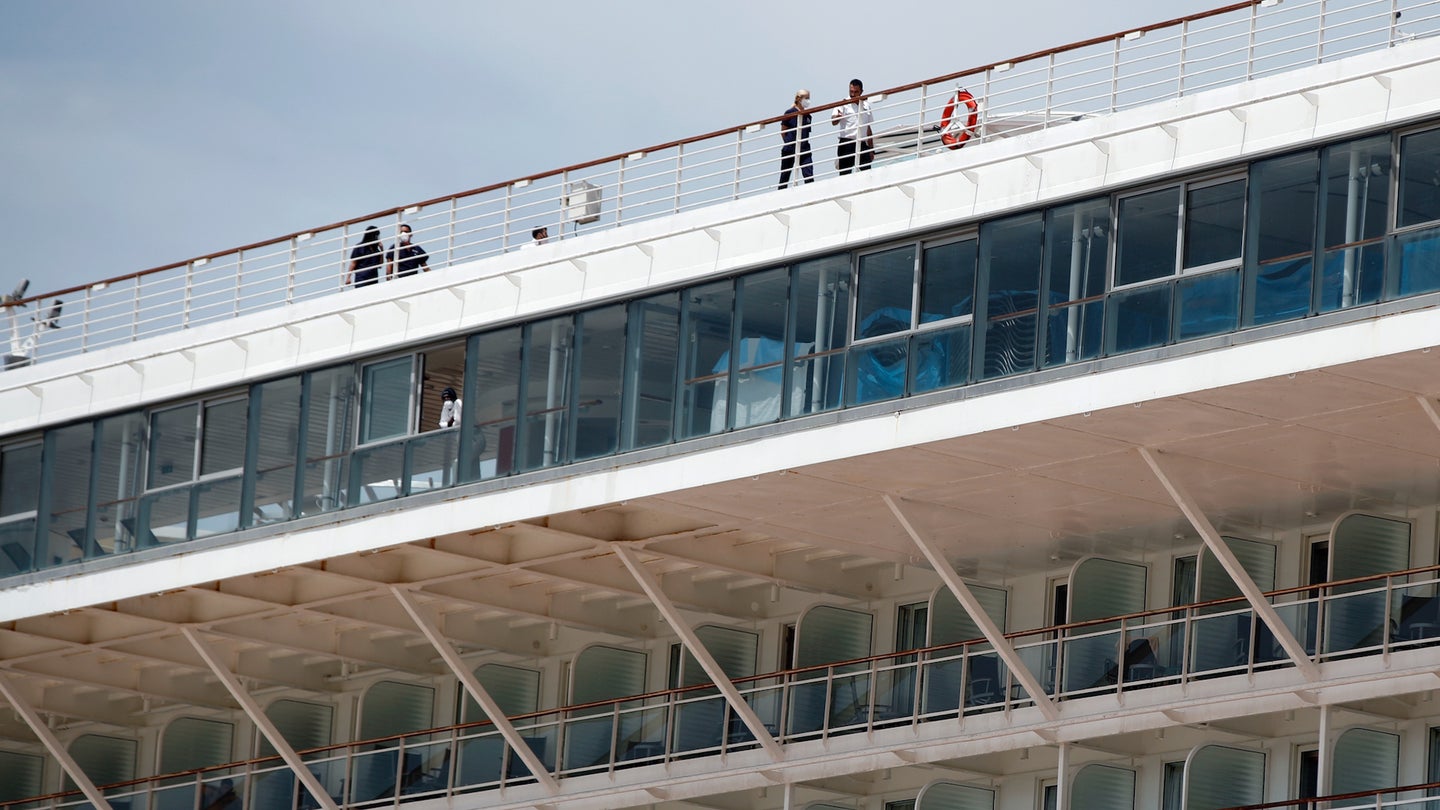 Many of us have been lonely during the pandemic, but only a handful of people know what it’s like to be the last cruise ship passengers in the world. According to CNN, a group of eight passengers finally made port in Bremerhaven, Germany on Monday, nearly six months after their world cruise began.

The MV Artania made its way back to Germany more than two months after other major cruise ships were pulled from duty due to the pandemic. The voyage—originally planned to be a 140-day world cruise—left Hamburg, Germany on Dec. 21, 2019, but was hit hard by COVID-19. When the Artania arrived in Western Australia in March, 36 passengers tested positive for the virus and were quarantined in a local hospital.

Three of those people tragically passed away, but the remaining healthy guests stayed quarantined on the ship until late March when hundreds of them were able to be tested and flown home. Eight passengers opted to make the return trip home on the ship rather than taking a flight but were delayed in doing so as several crew members had to be dropped off in Southeast Asia.

The Artania’s captain, Morten Hansen, maintained a Facebook page with updates, videos and photographs to keep everyone in the loop. Captain Hansen, formerly a German reality TV star, spoke candidly about the experience and thanked local charity workers for bringing food and postcards from local children on-board.

The ship’s experience was harrowing, but passengers and the crew found ways to make light of the situation. On Mother’s Day, Hansen took the ship on a long route to form the shape of a heart, and just before the ship left Perth, Australia, two crew members decided to get married after weathering the crazy journey together.

The last eight passengers may have finally made it home, but there are still several cruise ship crews stuck in various locations around the world. Several reports of deaths and protests have been confirmed by cruise lines, but many ships’ crews remain quarantined until testing results are available.

The Roald Amundsen is the first cruise ship propelled by some sort of electric power and will sail from Norway to Alaska and eventually Antarctica.