This Bus Provides Mobile Meditation in the Bay Area 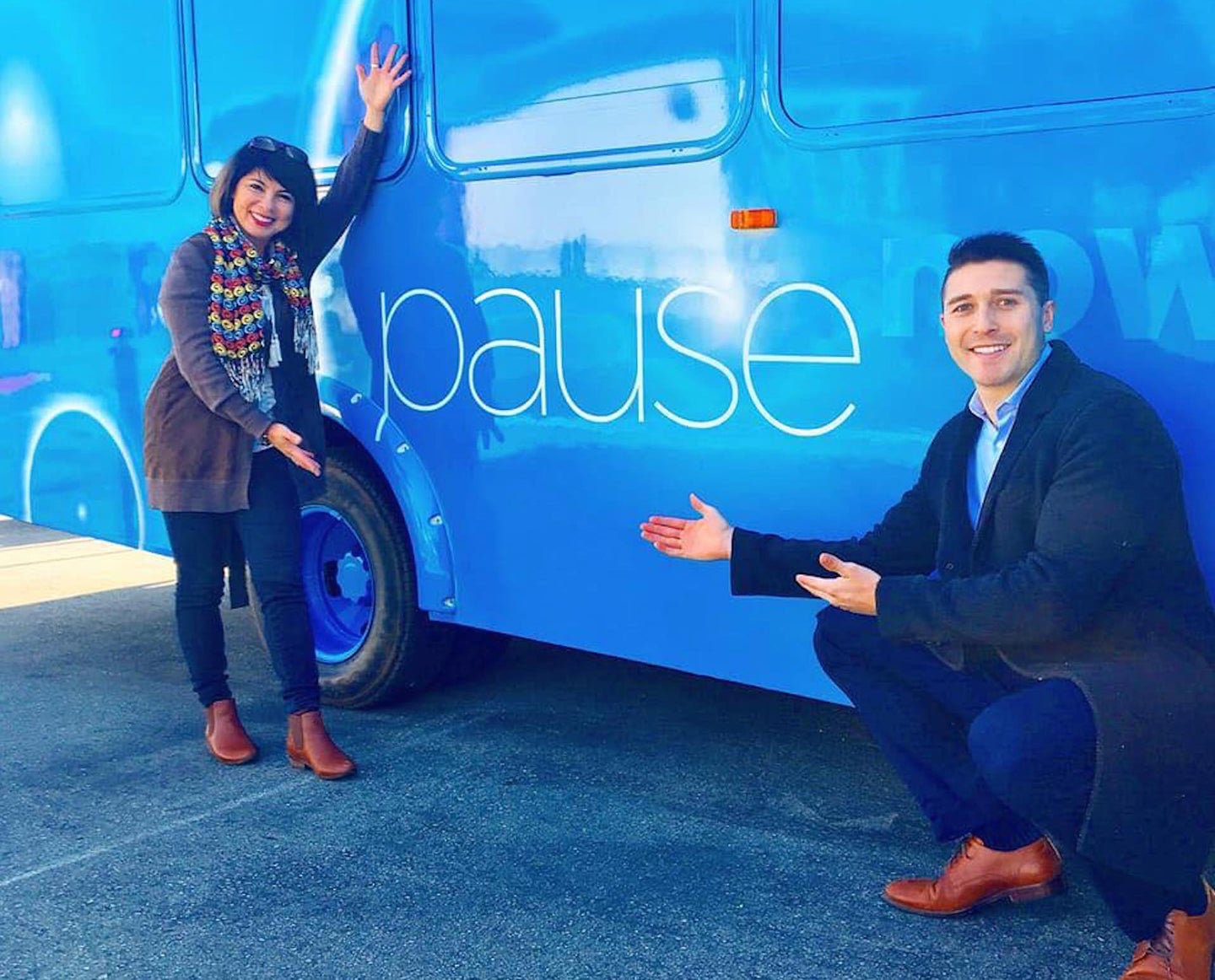 Recently, we’ve seen buses that double as restaurants and grocery stores, but now, the latest bus-related business will provide a new service—meditation.

Pause Now is a 27-foot, sky blue bus that features seven different “pods,” or areas filled with white cushions, headphones, and tablets. Customers can sit in the quiet areas for 15-minute intervals and listen to meditations including rainforest sounds, thunderstorms, and soothing mantras by using the iPad and noise-canceling headphones.

Corwin, a former banker, was constantly stressed from her corporate job and created Pause Now so professionals can use meditation as a fast escape. According to a recent survey by the National Center for Complementary and Integrative Health, eight percent of U.S. adults used meditation last year, and Corwin aims to increase this number.

“The scientific studies of meditation is out there. You’re happier, you’re also more productive after taking a 10-15 minute break, and studies have shown that,” Corwin told

Corwin, who initially wanted to open a meditation studio, didn’t have the capital for a stationary space. One day, after seeing California food trucks, she got the idea to make a mobile studio. She set up an IndieGoGo account and has raised nearly $15,000 to fund her project. She then drew her bus prototype on the back of an envelope, sent it to a builder, and watched her innovation come to life.

The bus will travel all around San Francisco starting February 23 and will hit designated parks, schools, farmers markets, and offices. Customers can make reservations online and schedule a time and place for the bus to come.

Corwin will also offer pay-by-session appearances and will partner with individual companies so they can add wellness to their list of employee benefits.

The overall mission of Pause Now is to bring peace and happiness and reduce stress in people’s lives, particularly when they are on the go. As described on the company site, Pause Now is a “peaceful sanctuary that is available at any time.”