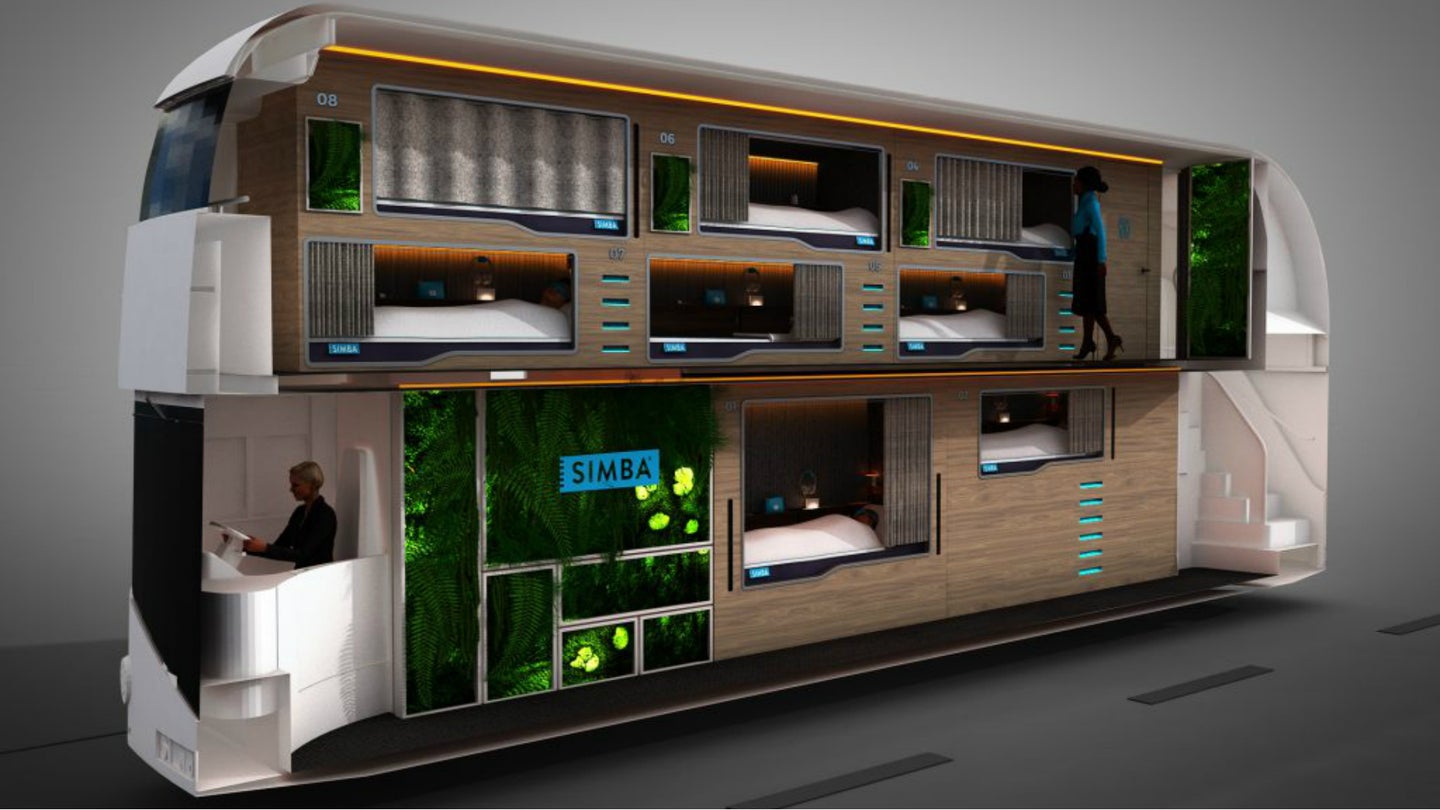 A bedding company named Simba claims it will help sleepy Brits end their long days of work and/or pub crawling with a luxurious bus ride home. It seeks to build high-end "Snoozeliner" buses equipped with 14 sleep pods that would allow passengers to relax or get some shut-eye during their journey home.

The company states that USB chargers and WiFi will be fitted to every bus along with acoustic black-out blinds and an amber light-therapy system conducive to sleep. The sleep booths "will offer a choice of soothing scent infusions, recognized by aromatherapists for their sleep-inducing or hangover-busting properties," according to South West News Service (SWNS), a news and public relations firm. Mineral water, coffee, and smoothies will also be available along with "revitalizer kits containing vitamin C and liver-cleansing milk thistle." Onboard stewards will wake passengers as their destination approaches.

James Cox, the CEO and Co-Founder of Simba, told the Manchester Evening News that the buses would initially serve London, Manchester, Leeds, and Birmingham. "Once we understand the consumer demand versus feasibility in each city we will be in a position to release more details," he's quoted as saying. "However, the ambition is to have eight affordable routes countrywide by the end of 2018.”

The Drive—being concerned that drunk passengers and moving buses might make a volatile pairing—asked the bedding company how motion sickness would be addressed. "If people are too drunk, our Simba Stewards, unfortunately, won’t be able to allow them on board," a publicist for Simba responded.

Our other questions to Simba about the cost of building the buses, the length of their routes, and average ticket pricing were unanswered. The question of whether or not this is a sincere plan with a realistic chance of success was unasked ... readers should draw their own conclusions.