Brexit Threatens to Make U.K. Car Manufacturing a Thing of the Past

The U.K. car industry thrived under free and open trade with the EU, and now, the future of British car manufacturing is unclear. 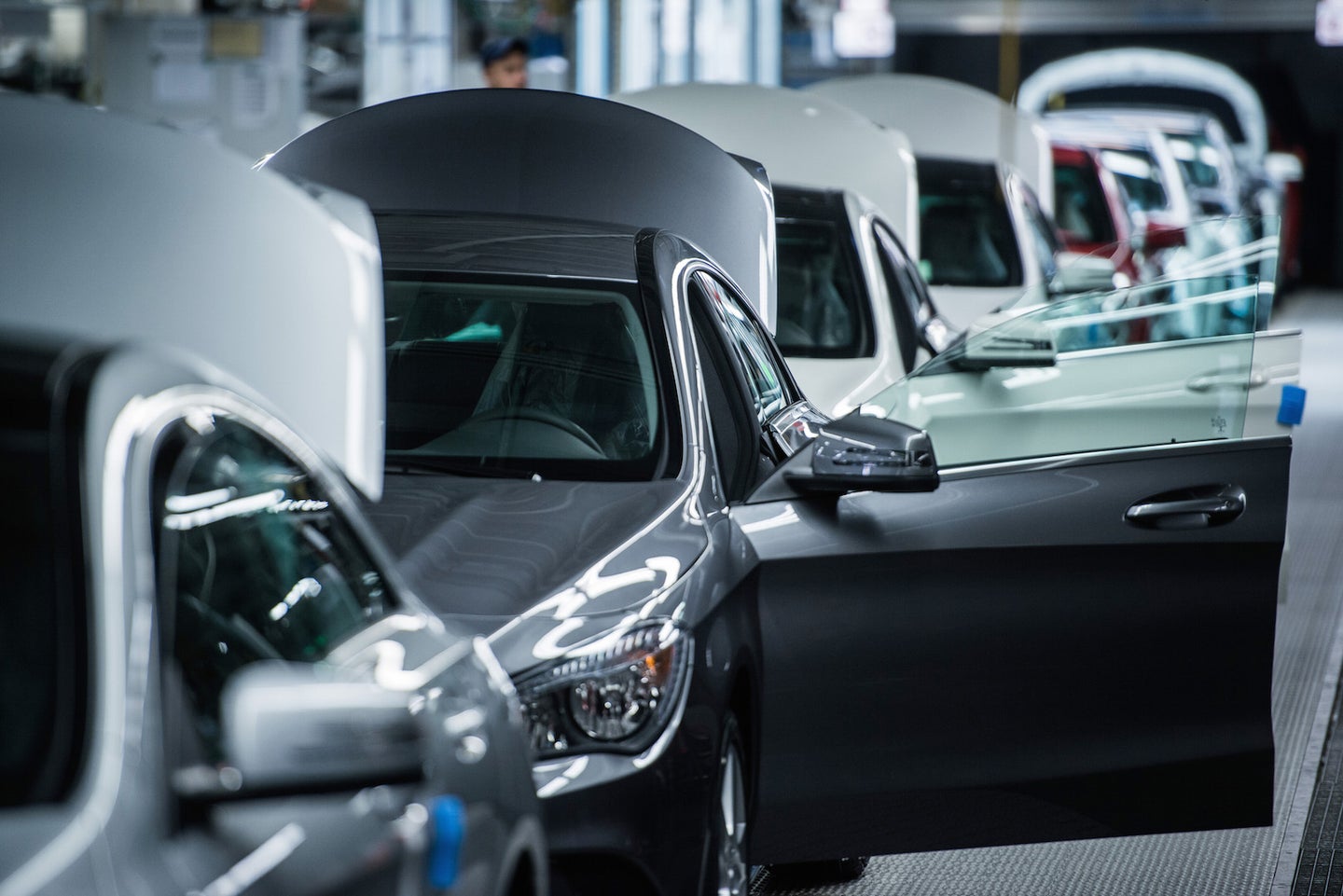 Unless the United Kingdom remains in the EU customs union, sectors of the nation’s car industry will be in peril, reports the BBC.

Although it is unclear which specific sectors will face losses, Paul Drechsler, president of the Confederation of British Industry and Britain’s top business lobby, publicly warned of severe damage to the industry if no customs union was formed after Brexit.

"If we do not have a customs union, there are sectors of manufacturing society in the U.K. which risk becoming extinct," Dreschler said. "Be in no doubt, that is the reality."

Britain is scheduled to leave the European Union in March of 2019 after a 2016 vote revealed that the majority of Britons wanted out of the economic union.

The British government has not made clear how trade will be conducted with the auto industry, the nation’s largest export market. One of the most troubling issues that has yet to be resolved is how goods will be treated once they cross the border.

Member states of the EU are able to export and import goods with other member states without border checks or tariffs, but what will happen once the island nation leaves is uncertain.

U.K. Prime Minister Theresa May is not supportive of a future customs union but has yet to decide on an alternative. Leading proposals have been rejected by Brussels, where the EU’s capital is held, according to CNN.

The U.K.’s auto manufacturing sector employs 800,000 people and about 45% of the cars made there are exported to the EU.  Foreign automakers like BMW, Toyota, Nissan, and Honda all have large factories in the U.K. Top executives from foreign auto companies have warned the Prime Minister that they will be forced to move production elsewhere if there are trade barriers next year.

The auto industry is worried that without a free and easy entry trade system, it won’t be able to survive.