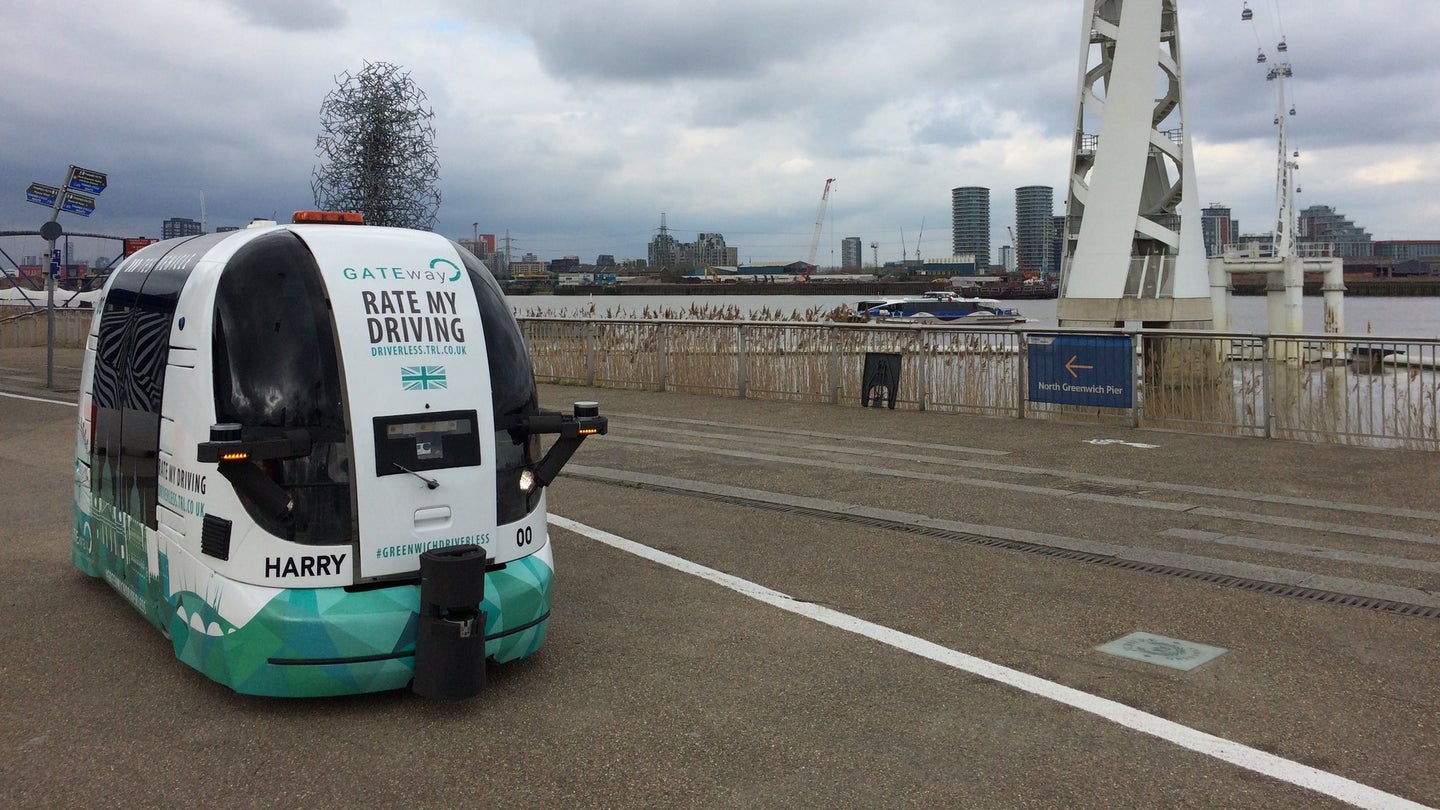 U.K. officials are beginning a three-year review of regulations in anticipation of self-driving cars. The goal is to have regulations in place allowing fully-driverless cars to operate on U.K. roads by 2021, a government announcement said.

The 2021 goal was previously mentioned in November, when Chancellor Philip Hammond discussed allowing autonomous cars to ply U.K. roads "without a safety operator" during the announcement of a number of tech-related budget items. But now it seems like the government is following through on that proposal.

Over the next three years, U.K. regulators will look at how current rules may need to be changed to accommodate self-driving cars. That may require rewriting rules to account for the fact that autonomous cars won't have human drivers or manual controls. That may be as simple as altering references to "steering wheels" or other items specific to human drivers.

The regulatory review will also seek to clarify who is responsible when something goes wrong. The government said it will look at "how to allocate civil and criminal responsibility where there is some shared control in a human-machine interface," as well as "whether there is need for new criminal offenses to deal with novel types of conduct and interference."

U.K. Roads Minister Jesse Norman announced the regulatory review at the GATEway project, which has been operating an autonomous shuttle pod on a short route in London. It's not the only autonomous-vehicle testing program currently operating in the U.K. Jaguar Land Rover began deploying test cars on public roads last year. Compatible regulations could lead to even more self-driving cars.

The rapid pace of autonomous-driving development has left regulators scrambling to devise rules for the technology. At this stage, rules are important not only for ensuring safety and accountability, but for encouraging companies to continue to develop the technology. Looser regulations make it easier for companies to conduct public tests of self-driving cars, so the right set of rules could have those companies flocking to the U.K.