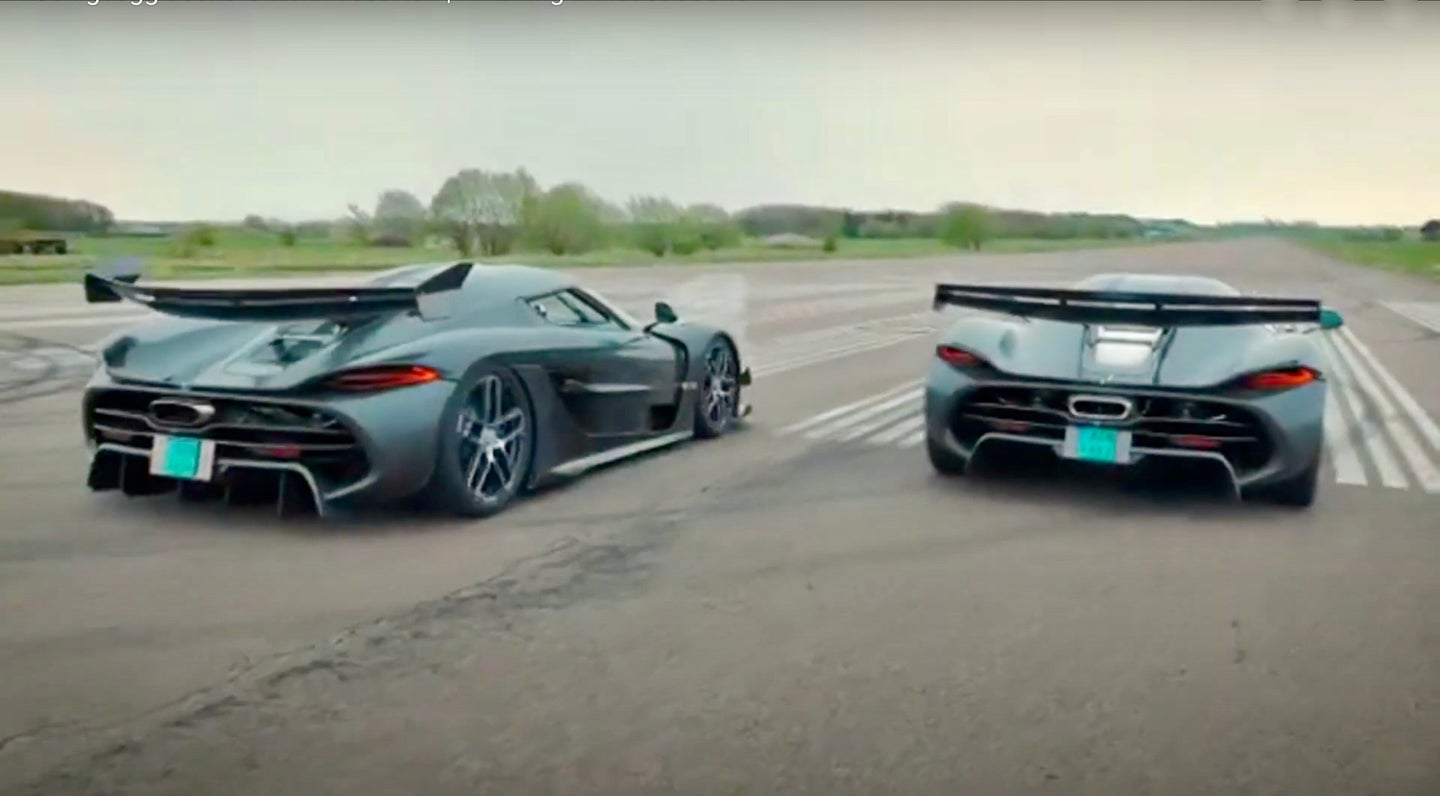 Last week we were treated to a lovely video of Ferrari's newest track-ready supercar, the 819-horsepower 812 Competizione, tearing up the automaker's own test track. Today, we bring you a similar scenario, but this one has a bit more...gusto.

Shared by Koenigsegg on its official Facebook page, the 50-second clip shows not one but two Jesko Prototypes putting on a show on what looks like an empty runway. This piece of tarmac is oftentimes seen in Koenigsegg's other videos, leading us to believe that the Swedish automaker uses it quite often as some sort of test track—or should I say playground?

The Jesko is powered by a 5.0-liter twin-turbo V8 engine that produces 1,280 horsepower on standard gasoline or a stupefying 1,600 horsepower on E85. Of course, since there are two cars here and not just one, that's a maximum possible total of 3,200 horsepower at play. And as you can tell, the raw sounds generated by these hypercars are nothing short of outstanding.

The Facebook post did not specify what the test drivers were doing with these prototypes, only sharing, "Another day at the track! Out, running two of our Jesko Prototypes." Quite frankly, it just looks like some folks at Koenigsegg were a little bored and decided to burn some rubber. Or, ahem, I mean, perform tire development.

The last time we caught a glimpse of the Jesko flexing its muscles was back in September of last year when a video of a camouflaged tester also hit social media, but this most recent video remains the only time, to my knowledge, that two units have been seen hooning together.

I guess all there's left to do now is to turn up the volume and enjoy the show.

You’re going to want to turn the volume up for this one.