Most remaining Chrysler Turbine Cars are static displays. This one's a living, running legend, and it'll be treated like one. 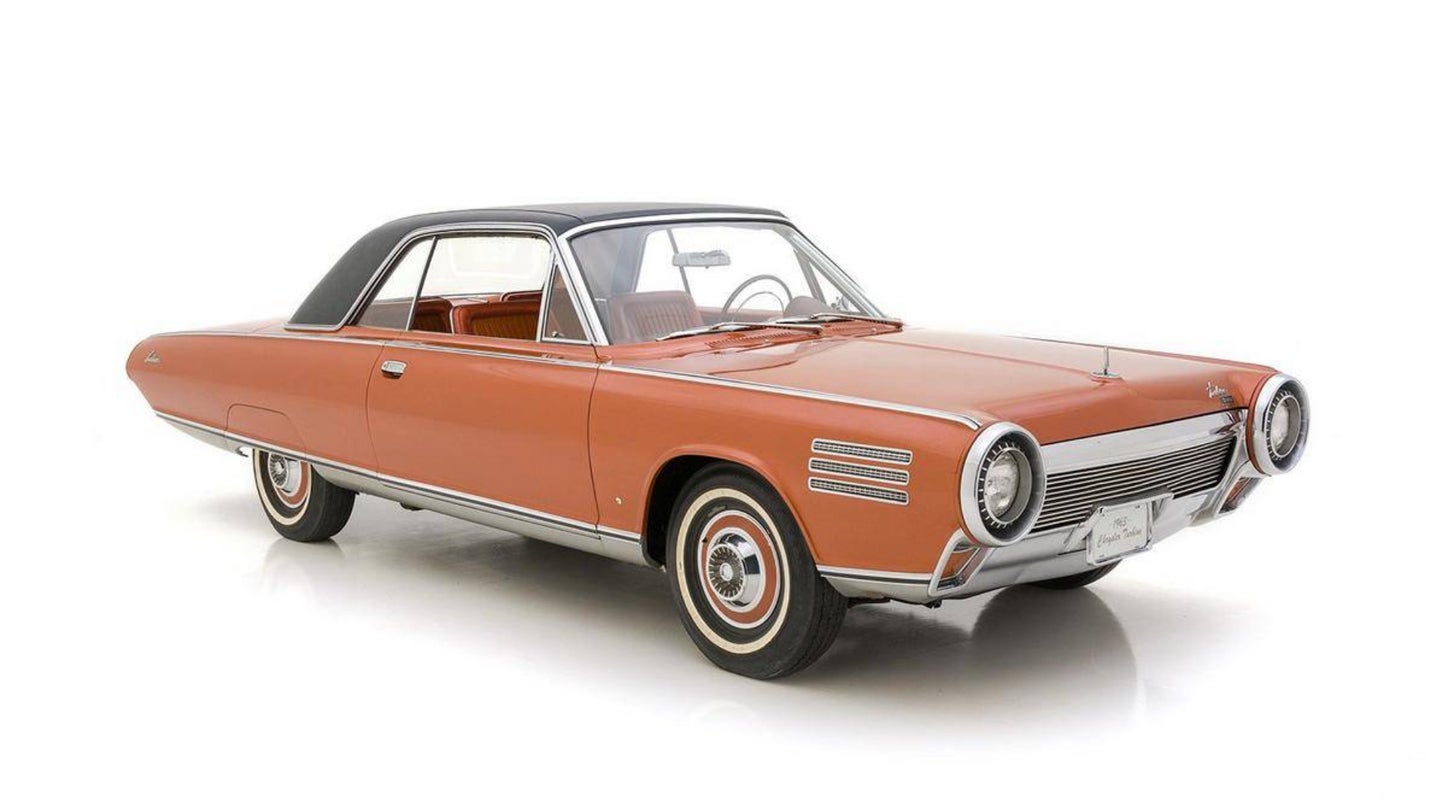 Chrysler Turbine Cars are almost never seen on the Interstate, and for good reason. Of the original 50 built, just nine reportedly survive today, most of them immobilized with no hope of ever roaming the roads again. Being so rare, it's understandable that the ones that do run are almost never driven; you wouldn't want to wear out a turbine engine that's extremely expensive to replace, and one day soon might not even be possible to. But damn it, this Chrysler was built to be driven, and that's exactly what the new owner of the Turbine Car sold last month will do with theirs.

Chassis 991231, formerly of the Frank Kleptz Collection, sold almost the instant it the the market in April only to resurface close to home in Chesterfield, Michigan at the Stahls Automotive Foundation car museum. The museum announced its acquisition last Thursday, both in a video showcasing the car on social media and on network television, where museum general manager Terri Coppens reportedly declared the car will be driven.

"Have no fear, the car will be started and driven," Coppens commented according to Hagerty. "We believe that all our vehicles need to be driven like they were built to be. It's their purpose."

Driving this historic Chrysler won't be something museum staff can do straight away, however, as the host of the museum's Facebook announcement video admitted they have yet to fire it up.

"We have not started it yet because we need to be taught," said the video's unnamed host. "Every one of these cars are different when you start 'em and when you run 'em, so we want to make sure we're doing it right, and so we have somebody coming to show us how to do that."

Stahls probably won't let the general public drive its copper-colored Chrysler, but gawking will be permitted on Tuesday afternoons from noon to 4:00 pm. Show up on the right day, and maybe you'll even get to hear that turbine engine spin to life.