"My faith in humanity is restored," Musk told reporters. 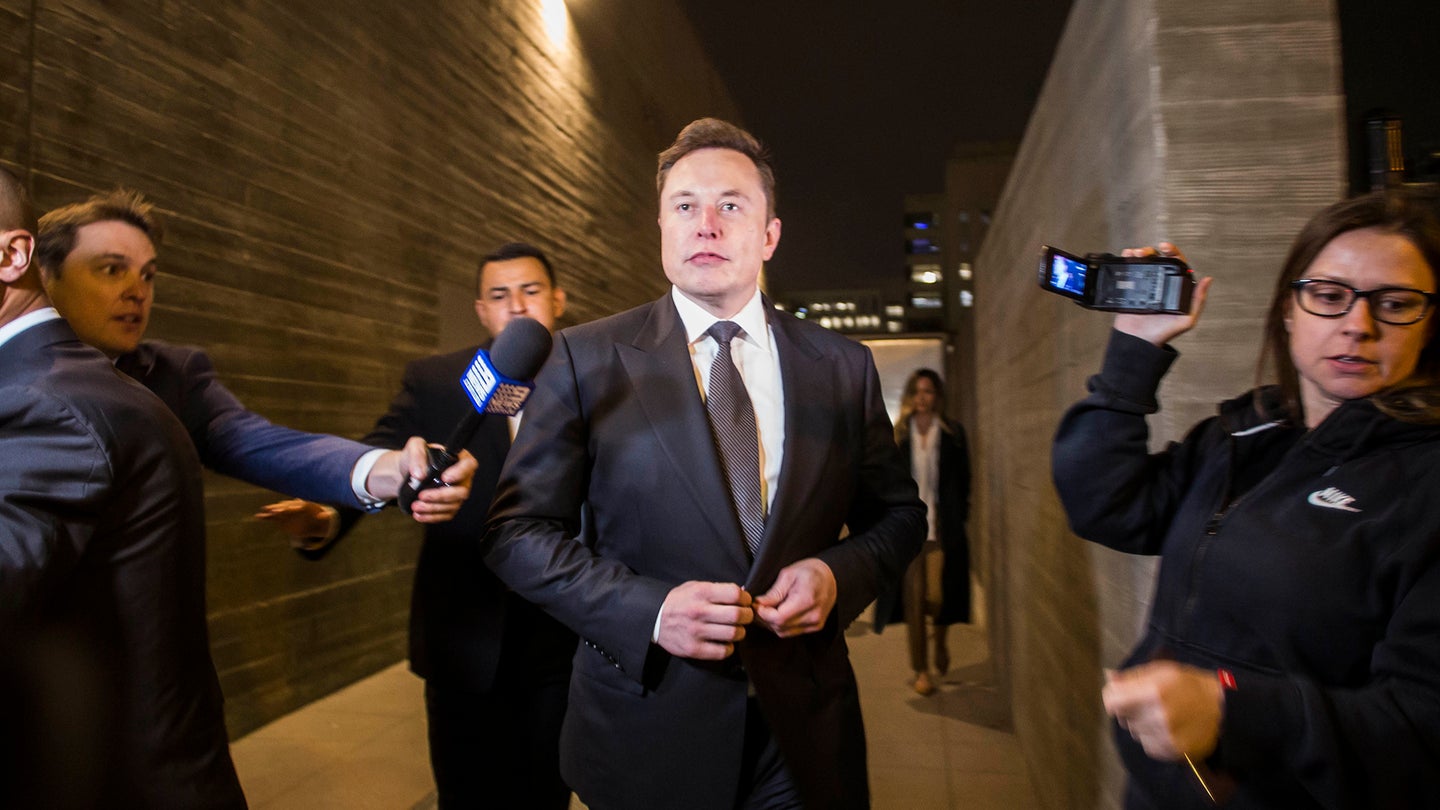 After a four-day trial in Los Angeles, Tesla CEO Elon Musk has prevailed in a defamation lawsuit brought by British cave diver Vernon Unsworth after Musk called him a "pedo guy" on Twitter last year. The eight-member jury decided that Musk didn't defame Unsworth and rejected his $190 million claim, handing Musk a definitive victory and prompting him to tell reporters that his "faith in humanity is restored."

The fight traces back to July 2018, after worldwide media attention focused on the plight of a boys soccer team in Thailand that went exploring in a local cave system and became trapped deep underground by rising floodwaters. Amid offers of international aid to coordinate a rescue effort, Musk briefly grabbed the spotlight by claiming that his engineers were hard at work on a miniature submarine to carry the team out one by one. The effort ultimately went nowhere despite Musk showing up in Thailand with the craft late in the game, and it was criticized by some involved in the actual rescue as a publicity stunt—including Unsworth, who was one of the first foreigners on scene and provided crucial information about the cave system to authorities.

As the actual rescue was underway using highly trained divers, he 64-year-old went on TV to lambast Musk for grandstanding while lives were at stake and to stick the sub "where it hurts." In response, Musk tweeted a rebuttal that ended with "Sorry pedo guy, you really did ask for it." In a later email to a Buzzfeed reporter, he further suggested Unsworth was a rapist who originally moved to Thailand to marry a child bride.

This week, Musk testified that "pedo guy" is common South African slang (Musk is South African) for "creepy old man," and he didn't literally mean Unsworth is a pedophile. His attorneys argued the whole thing could be boiled down to a simple, angry argument between two people, not intentional defamation of character. They also claimed that Unsworth's statement of being ruined by the insult couldn't be taken at face value given that Unsworth has been since feted by the King of Thailand and former British Prime Minister Theresa May.

Unsworth and his legal team said any one of Musk's 22 million Twitter followers could've interpreted the tweet to be a straight-up accusation of pedophilia, and that Musk's position as a public figure and one of the most influential CEOs in the world gave his message inherent weight over Unsworth's blanket denials.

Ultimately, the jury decided Unsworth's claim didn't meet all the standards necessary to prove defamation in court—that Musk said it to someone else, that a person would clearly think he was talking about Unsworth, that a person would clearly conclude he said Unsworth was a pedophile, that it wasn't true, and that Musk didn't try to find out if it was. When asked by reporters which standard hadn't been met, the foreman replied, "I can’t remember.”

In October, an internal email released in a batch of court documents showed Musk call himself a "f***ing idiot" over the whole imbroglio, adding that it was "still one of the dumbest things I’ve ever done."