You'll still have to wait for several months for the real deal. Meanwhile, this is a creative stand-in. 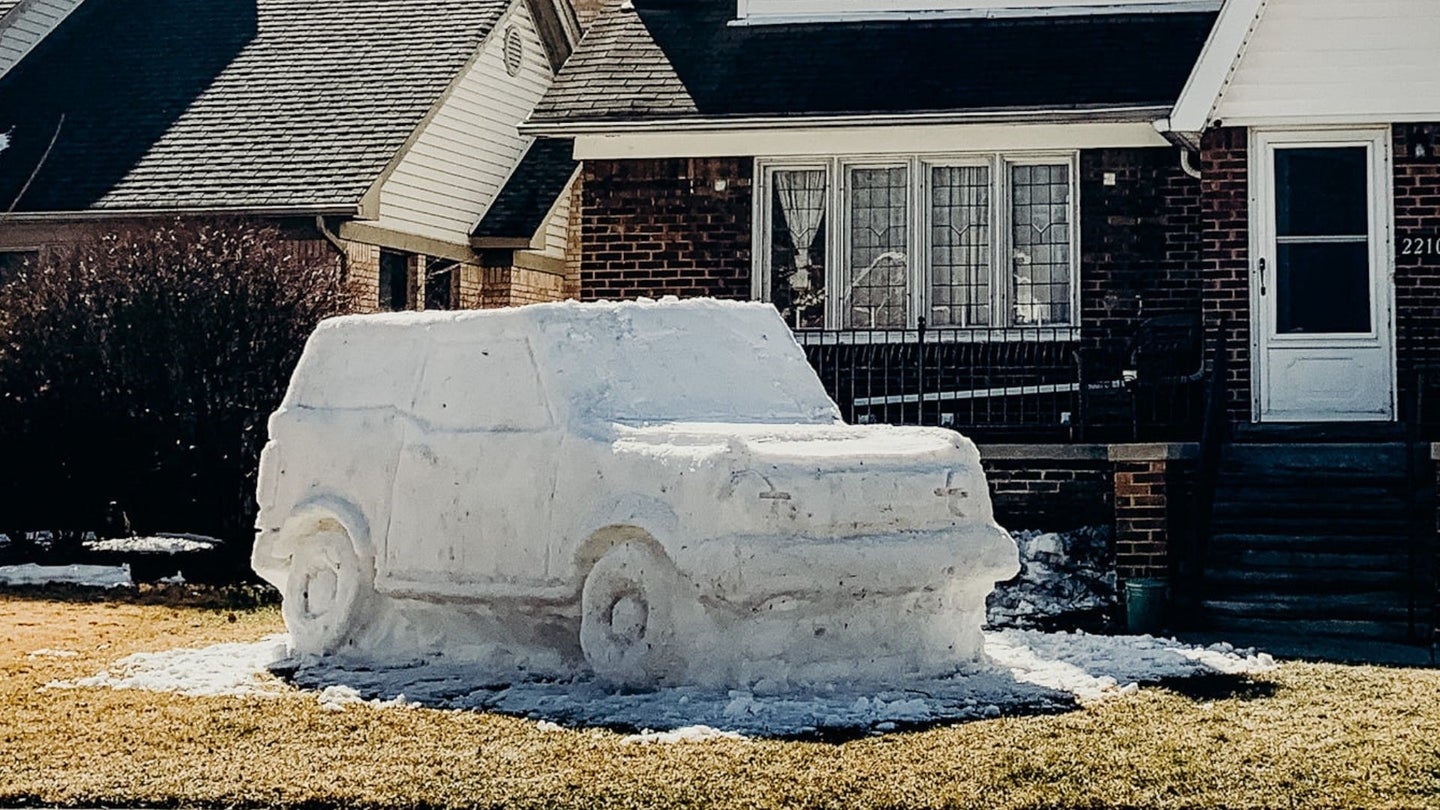 I grew up in Indiana, and I remember blizzards with snowdrifts several feet up. My sister and put on our heavy coats and boots and made armies of sloppy snowmen; once we even made an igloo. But we never produced anything close to the full-size Ford Bronco that Jacob DiMaria sculpted in the Detroit area last week.

The Mitten State gets its share of frozen precipitation, and Ford NVH (noise, vibration, and harshness) technologist DiMaria has created somewhat of an annual tradition with his Ford-related snow sculptures. A couple of years ago, he started with a replica of the Michigan Central Station, which is in the heart of a walkable mobility innovation district in Detroit’s oldest neighborhood. Last winter, he went bigger with a 1965 Ford Mustang convertible in his front yard. This year, the red-hot Bronco got a nod with a built-to-scale snow model.

As a kid, DiMaria and his family regularly came up with ways to sculpt snow in creative ways. Before he built the icy version of the Mustang, he had fashioned a snow dog and his brother one-upped him with a bear. DiMaria wasn’t going to let that slide, so he packed a giant cube of snow and used a shovel to carve out the shape of the convertible.

DiMaria got his degree in automotive engineering technology at Henry Ford College and went straight to work for Ford in 2014. He’s also a self-taught shutterbug and he and his wife Lizzie have a photography business shooting weddings and portraits, so he clearly has an eye for artistry.

Like Frosty the Snowman, the Bronco may melt away as temps in Dearborn hover above freezing this week. In the meantime, it may be the closest thing to a real Bronco anyone in the area will see if they drive by, as the real ones won't arrive until this summer at the earliest.