The Ford Bronco Is Going Off-Road Racing Again, This Time as a Rock-Crawling Buggy 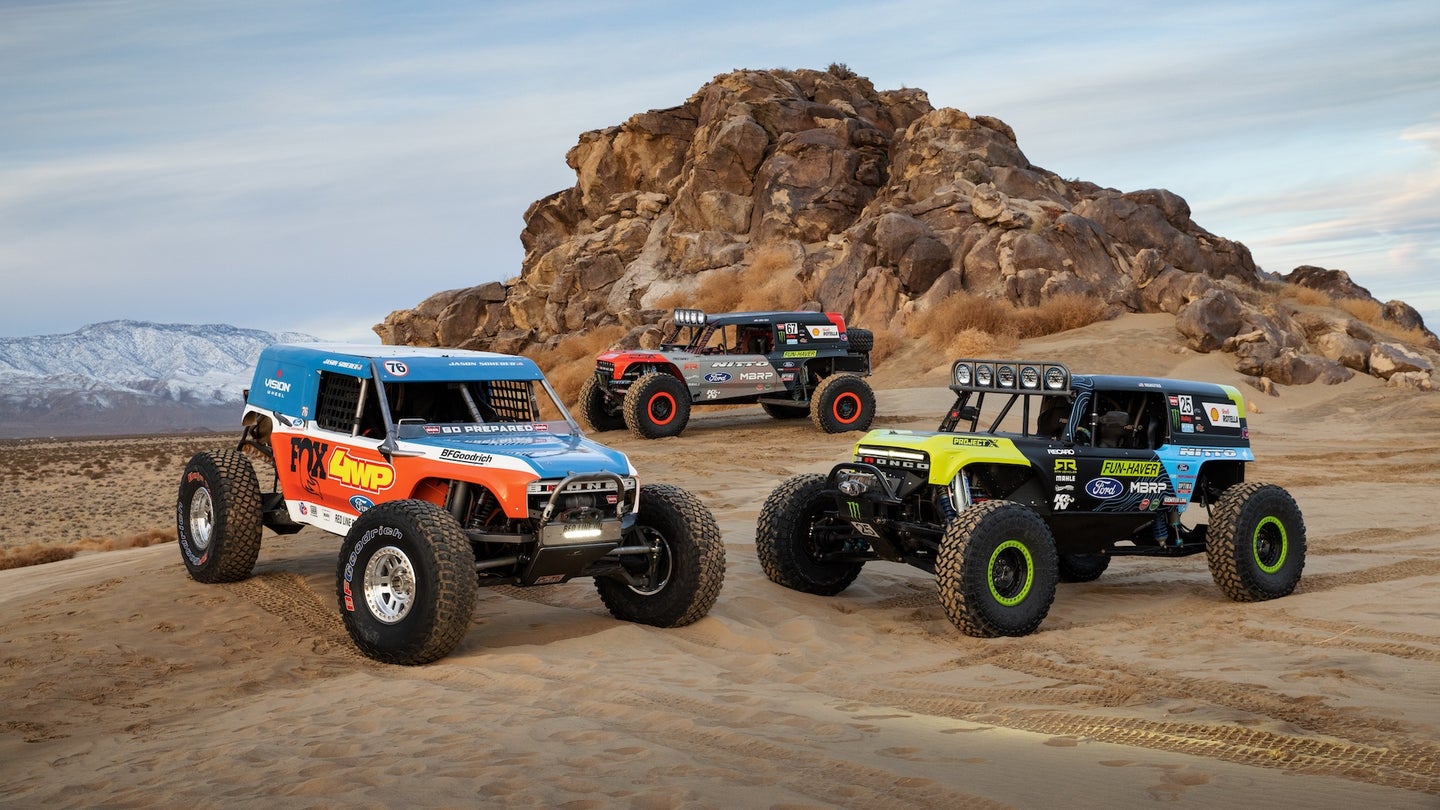 King of the Hammers may be among the youngest of the major off-road races, but that doesn't mean it's a cakewalk—simply completing it is a serious feather to stick in one's cap, never mind winning it. Ford doesn't want to leave winning this year's race up to chance, though, which is why it has entered a trio of purpose-built Bronco race trucks, driven by competitors with five Hammers wins between them.

Ford's three entries will all contest the race's Ultra4 4400 class, the unlimited four-wheel-drive category on which the race was founded. To that end, each Bronco race truck has been constructed from custom tube chassis with long-travel suspension, huge all-terrain tires, and of course, the horsepower to steam across the high-speed desert portions of the 90-mile course. Helming these trucks will be three-time Hammers winner Jason Scherer, two-time winner Loren Healy, and pro drifter Vaughn Gittin Jr., who has achieved as high as seventh overall—he won't be far off his Bronco-driving rivals.

King of the Hammers' 4400 class races this Wednesday and will be live-streamed through the event's official pay-per-view platform. Ford no doubt hopes its drivers will bring home a better result than it has so far squeezed from the Baja 1000, what with the SCG Boot taking two consecutive class wins.

There’s no word regarding what power plant these Broncos will utilize for the race—Ford simply called them “high-power engines.” It could very well be an EcoBoost V6 like the Bronco R sported, and we know for sure it’ll have four-wheel-drive as it’s a requirement for the class.

Winning or not, Ford's sure to grab headlines—what else would you expect from a trio of Bronco race rigs?