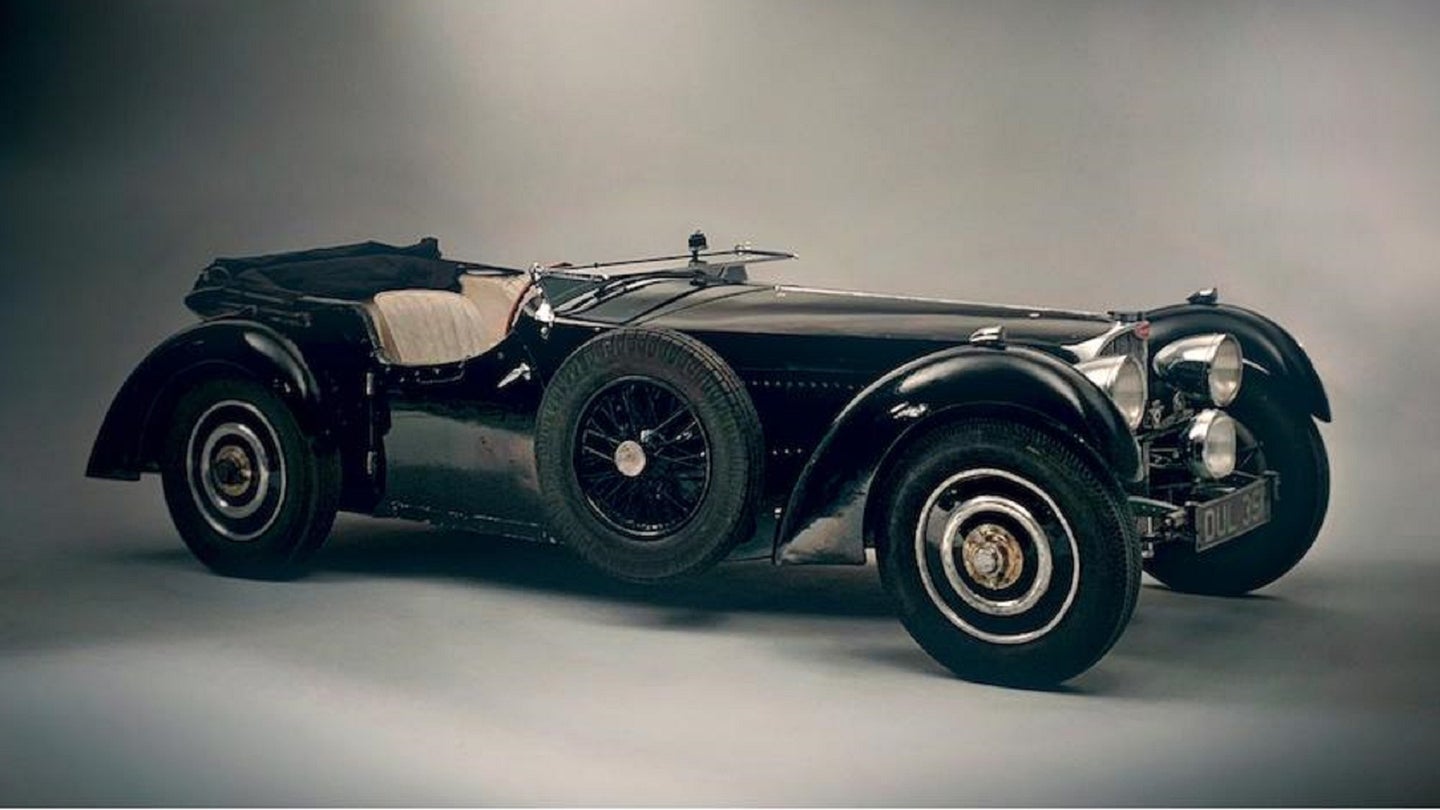 Sleeping Beauty slumbered for 100 years before awakening to her happy ever after. “Dulcie”, an extremely rare 1937 Bugatti Type 57S, is a sleeping beauty of another kind; the grand tourer has been hidden away for more than 50 years in the owner’s workshop. You could be this Bugatti’s Prince Philip, but true love comes with a big price tag: Bonham expects the car to sell at auction for roughly 5,000,000 to 7,000,000 British pounds sterling ($6.8 million to $9.5 million).

The Bugatti bears chassis no. 57503 and was given a period-appropriate nickname for its British registration number DUL 351. Dulcie is a four-seater with a long, elegant nose and a fold-down windshield, and the Type 57S has been resting comfortably for five decades. Only eight of this Bugatti style were sent to Corsica of Cricklewood, which did all the coachwork. Corsica Coachworks built bespoke car bodies for luxury brands like Rolls-Royce as well.

Original owner Robert Ropner of the Ropner Shipping Line family ordered his custom Bugatti with a Grand Routier body. It was the fastest road car of its day, designed as Grand Prix cars for the road. The second owner of this car, in fact, was British Connaught Grand Prix racing team founder Rodney Clarke. In 1969, engineer Bill Turnbull purchased the car and began the restoration process; at the time of his death, only final assembly remained.

The S in the 57S stood for “surbaissé”, which is French for lowered. The frame itself is lowered (as is the installation position of the engine) thus the naming convention. This would have been the ultimate Sunday cruising vehicle, with an elegant profile and spare tire mounted near the passenger-side door.

Bonhams Motor Cars UK Director Sholto Gilbertson said in a press release: "This really is an extraordinary example of one of the most valuable and desirable pre-war motor cars. Other 57S Bugattis are in museums or known collections… This could well be the last 'hidden' pre-war Bugatti of note.”

This legendary beauty will be auctioned off in just a few weeks, on February 19, 2021.