No papers, gallons of gas in the back seat, and an unregistered 1967 Buick Skylark—what could go wrong? 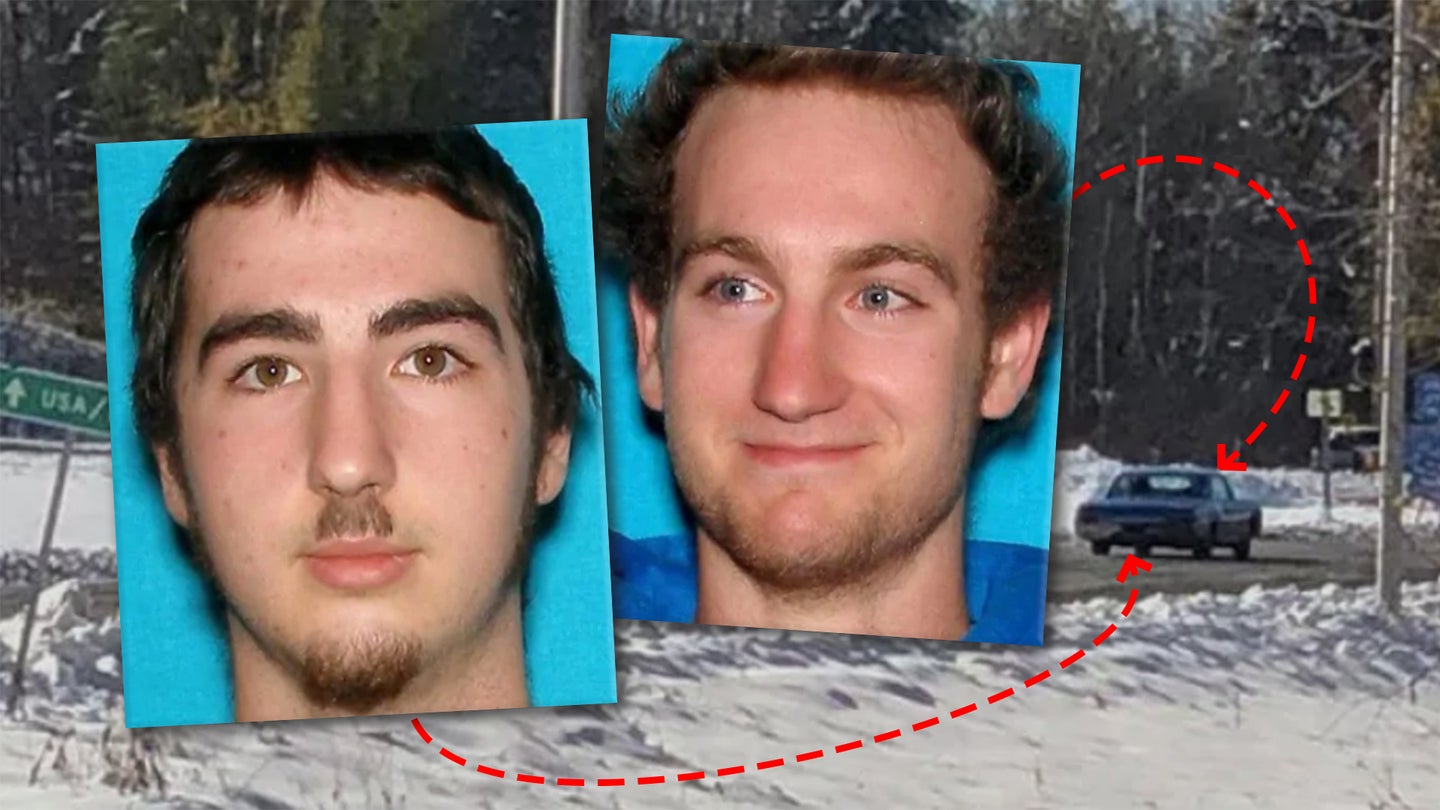 When Robert Burns wrote about the best laid plans o' mice and men, he definitely wasn't referring to a pair of Canadian brothers whose disastrous road trip to Mexico in a 1967 Buick Skylark ended in a six-hour standoff a major U.S. border crossing, months in prison, and charges of committing a terrorist hoax for the two men. On Friday, a judge finally ordered them free, ruling that the entire episode had been "more stupid than... criminal."

According to CBC News, the unlikely and bewildering tale of 21-year-old Bailey Roy and his 22-year-old brother Damien Roy began late last October in Halifax when the pair pooled some money and bought a blue 1967 Buick Skylark in a private transaction. As anyone would, they quickly jumped to planning a road trip with their new ride and settled on Mexico as a fine destination.

There was just one problem. Well, several, actually: The Roy brothers lacked driver's licenses, passports, car insurance, and a license plate for their classic Buick. Their solution, if you want to call it that, was to plot out a route using back roads, including one that would take them across the U.S.-Canada border unnoticed. To avoid attracting attention by stopping for fuel, they decided to fill 21 gallon jugs with gasoline and stash them in the back seat and trunk.

Honestly, we've seen worse trip planning. But you won't be surprised to hear that the Roys' epic journey quickly unraveled on October 26 when their intended route across the border ended up taking them directly to the Houlton-Woodstock border crossing in northeastern Maine, a major checkpoint at the northern terminus of I-95 that processes thousands of people every day.

Driving a janky, unregistered old car loaded with jugs of gasoline toward a heavily-protected area swarming with U.S. and Canadian officials on a Friday morning, the brothers "froze," in the words of the report. Literally, they stopped the car in the middle of the road a few hundred yards from the Canadian side within "full view" of the guards there. As you might expect, that prompted a marked vehicle to drive out and investigate.

The two officers arrived to find the brothers staring straight ahead, ignoring their presence completely, and retreated in a panic when they saw the gasoline containers strewn across the backseat. At that point, all hell broke loose. The Royal Canadian Mounted Police and U.S. Border Patrol set up a perimeter around the Skylark, shut the border, launched a surveillance drone, and attempted to communicate with the Roys from a safe distance to find out exactly what they wanted. Which, we know now, was probably to turn around and drive straight home.

After more than six hours of the world's most unnecessary standoff, Bailey Roy slowly drove the old Buick closer to the border facility, where he and Damien surrendered to U.S. authorities. It's at this point that the comedy-movie setup collides with the reality of doing something so dangerous and idiotic. Bailey was turned over to Canadian officials, who charged him with committing a hoax related to terrorism, obstruction, and other offenses.

Meanwhile, Damien reportedly attempted to claim asylum in America and was detained an extra month here as a result before being handed over to the Canadian courts. Both had been in prison since the incident until last Friday, when Judge David Walker in New Brunswick took the prosecutor's recommendation to drop the terrorism hoax charge and sentence the pair to time served.

But freedom isn't enough for Damien Roy, who also asked the judge if he knew what happened to the Buick Skylark. Walker said that the car, which is still stuck in Maine, isn't under his jurisdiction.

"You probably didn't pay that much for it anyway," he added.