Your constitutional rights now extend to flipping the bird anywhere, anytime, and at anyone. 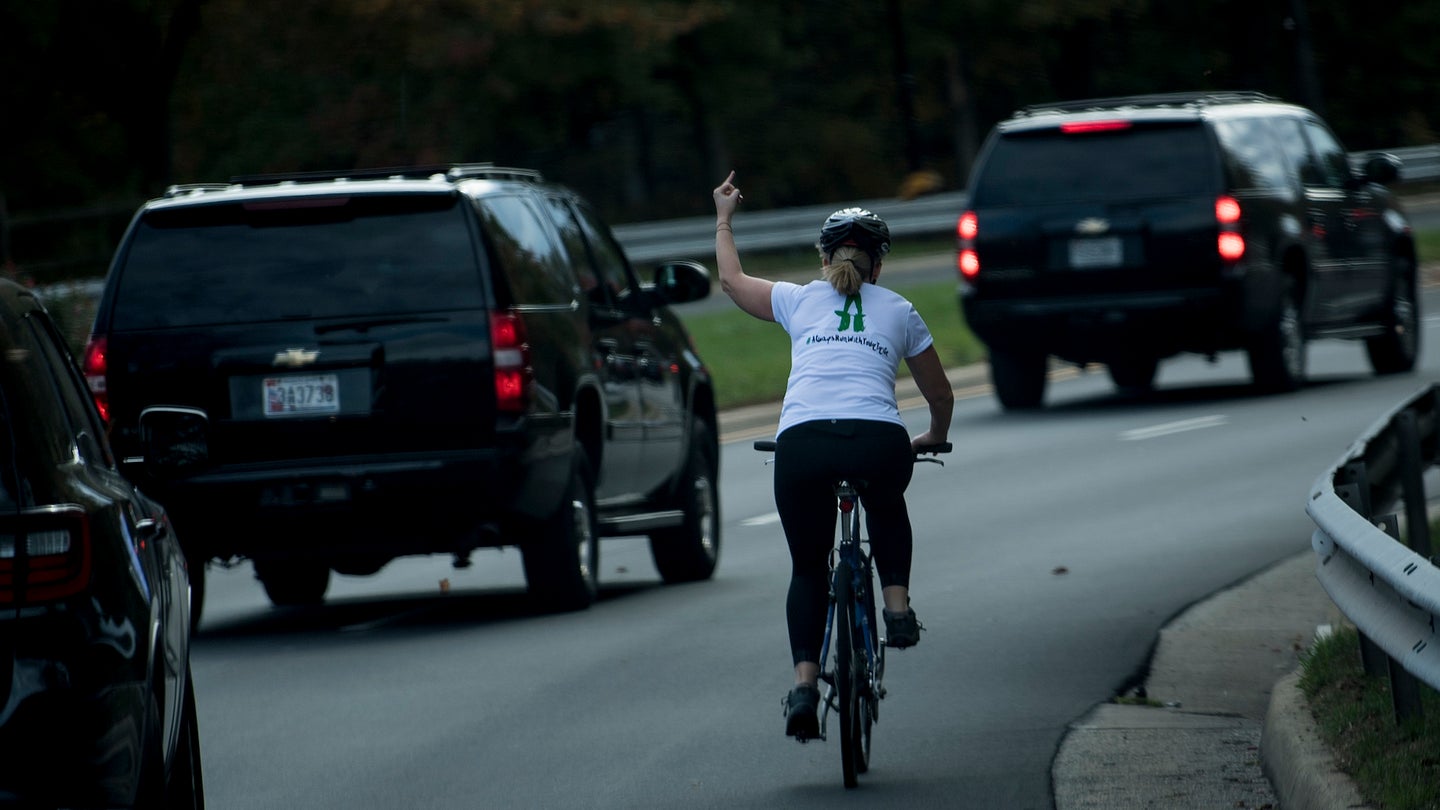 Flipping one's middle finger is now federally protected as freedom of speech under the first amendment, all because of an uncivil traffic stop.

In 2017, Michigan resident Debra Cruise-Gulyas was driving through Taylor, Michigan when she was pulled over by Officer Matthew Minard of the City of Taylor Police Department. Officer Minard issued Cruise-Gulyas a ticket for an unspecified, minor violation, after which Cruise-Gulyas reportedly expressed her distaste for the ticket by giving what the court described as "an all-too-familiar gesture at [Officer] Minard with her hand and without four of her fingers showing."

Cruise-Gulyas' lawsuit against Officer Minard has not concluded and will proceed with regard to a "substantive due process claim under the 14th Amendment."

Though one-finger salutes may now be a federally protected act of speech, this ruling only offers citizens formal protection from governmental backlash. Making the gesture in the wrong situation or to the wrong person may have consequences from which no rights can protect you—like public, viral humiliation.

Not a bad origin story for Incredible Reflex Man.

“I think they’re making babies back there,” one officer allegedly said while watching the car.