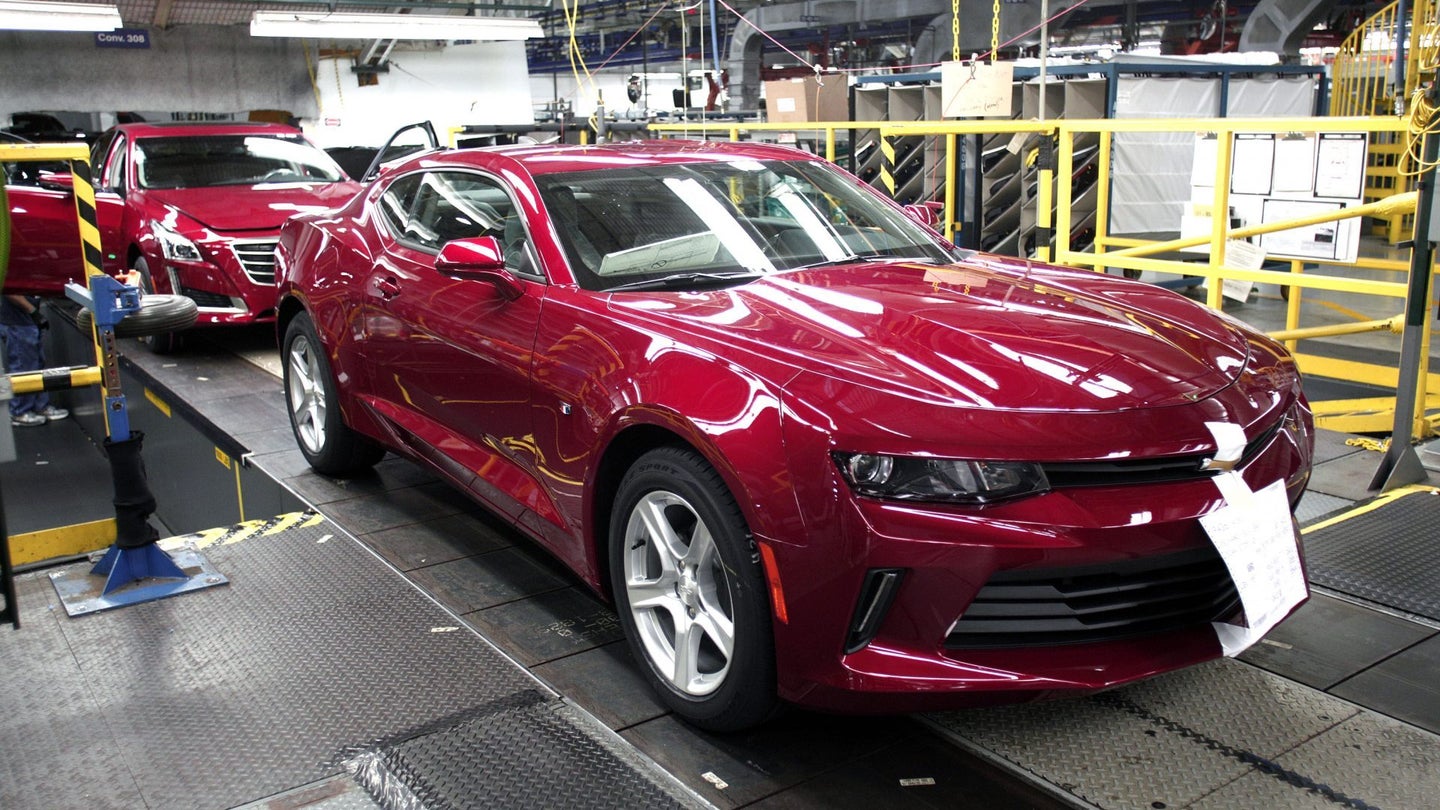 General Motors is temporarily halting operations at 11 Michigan assembly plants and its Warren Tech Center campus after Consumers Energy urgently asked users to conserve their natural gas, reports Reuters. The utility reportedly ran into supply issues due to the record-breaking frigid winter temperatures as well as a fire at a compressor station in Macomb County.

As of Wednesday evening, GM employees were told to stay home from its assembly plants in Orion, Flint, Lansing Delta Township, Lansing Grand River, and a number of other stamping and transmission plants. Warren Tech Center employees are also taking the day off. The automaker has not announced when work would resume but Consumers Energy is asking Michiganers to cut back on the natural gas use until at least the end of the workweek.

In a Facebook post, the energy provider says it's "cautiously optimistic" that its calls for conservation are helping the cause and the Macomb County compressor station is now partially in service.

Ford and Fiat Chrysler plants have also heeded the utility's call. Ford has reportedly turned down the heat at its Liviona and Van Dyke transmission plants, stopped the heat treatment processes in Sterling Axle, and is suspending the paint process at Michigan Assembly while FCA says it has canceled a Thursday shift at both the Warren Truck facility and Sterling Heights Assembly plant.

In a live Facebook video, CMS Energy CEO Patti Poppe thanked companies for the cutbacks but also urged 1.8 million non-corporate Michigan customers to use as little natural gas as possible so that places like hospitals and nursing homes would not be without power. "I need you to take action right now," Poppe said.