All the entertainment you'll need for your day, packed into just 44 seconds. 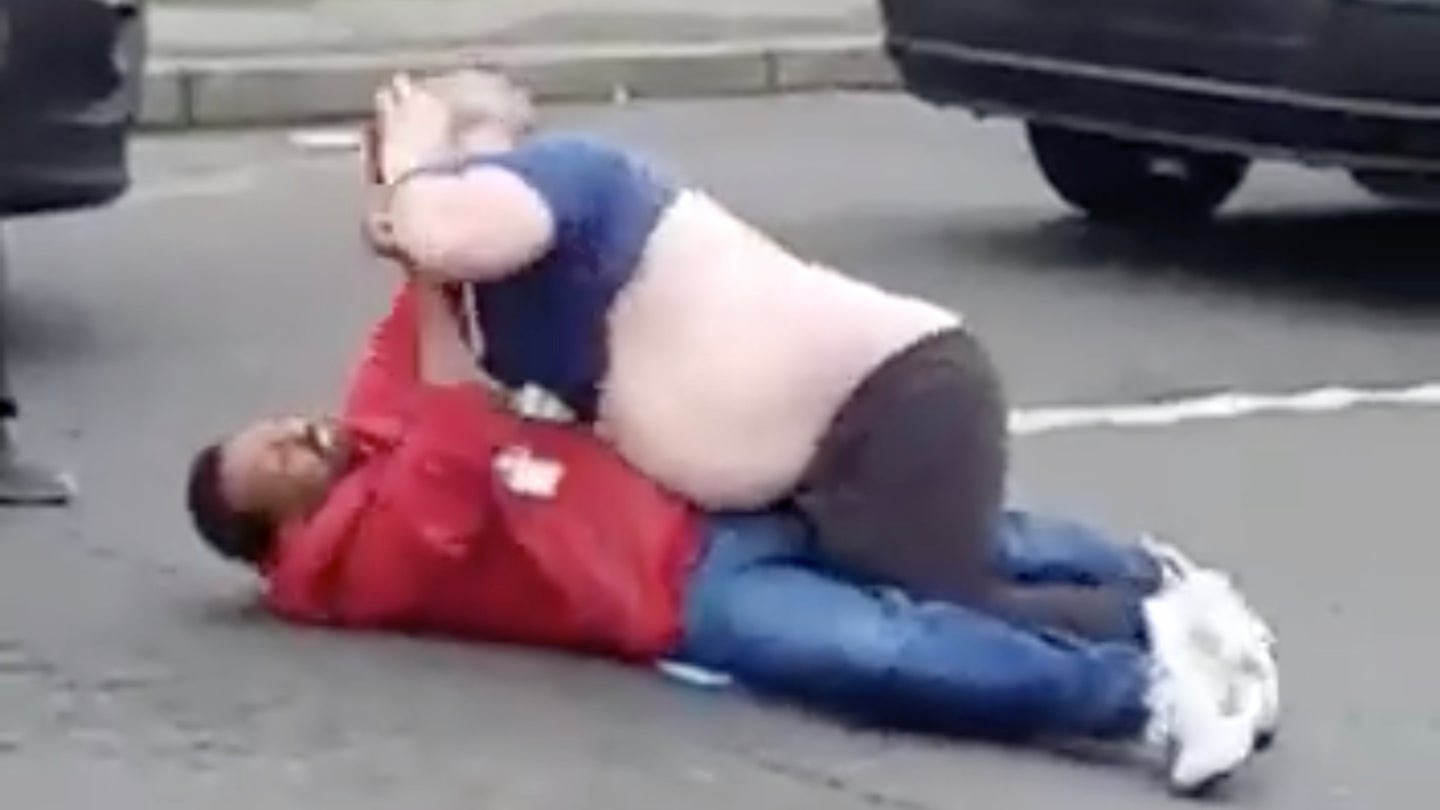 An endearingly amateur boxing match resulting from a road rage incident in the Bon y Maen area of Swans, Wales has gone viral.

As you can see from the footage below, the captured incident has it all: from the portly physique of the man in blue who starts the fight and his opponent’s charming confusion as to what is actually occurring, to a horse neighing offscreen and the cameraman’s contagious laughter, this video is priceless comedy gold.

If you’re going to start a fight, you should probably know how to throw a punch. The main requirement, of course, is to actually connect the fist with your opponent’s body. The man in blue hilariously fails to do so, and once the man in red decides to figuratively enter the ring, it’s clear his skills are just as primitive. In other words, none of these guys should purposefully start or accept a fight again.

Fortunately for the two men involved, none of them seem to have sustained any serious injuries here. As such, the vicarious enjoyment for us as an audience is left untainted, and we can join the cameraman’s giggling chorus without feeling too bad.

The specifics of what initially sparked the road rage altercation in the first place are yet unclear, but if we’re being honest, the footage immediately removes the need for any context. As some digital onlookers have pointed out on Twitter, this kind of unscripted, situational, semi-violent comedic scenario could only happen in Bon y Maen. As such, we’re all very happy to have an internet connection right about now. Stay safe out there, folks.