Order that GT R before December 29—or woe is you, you may just have to settle for a faster car. 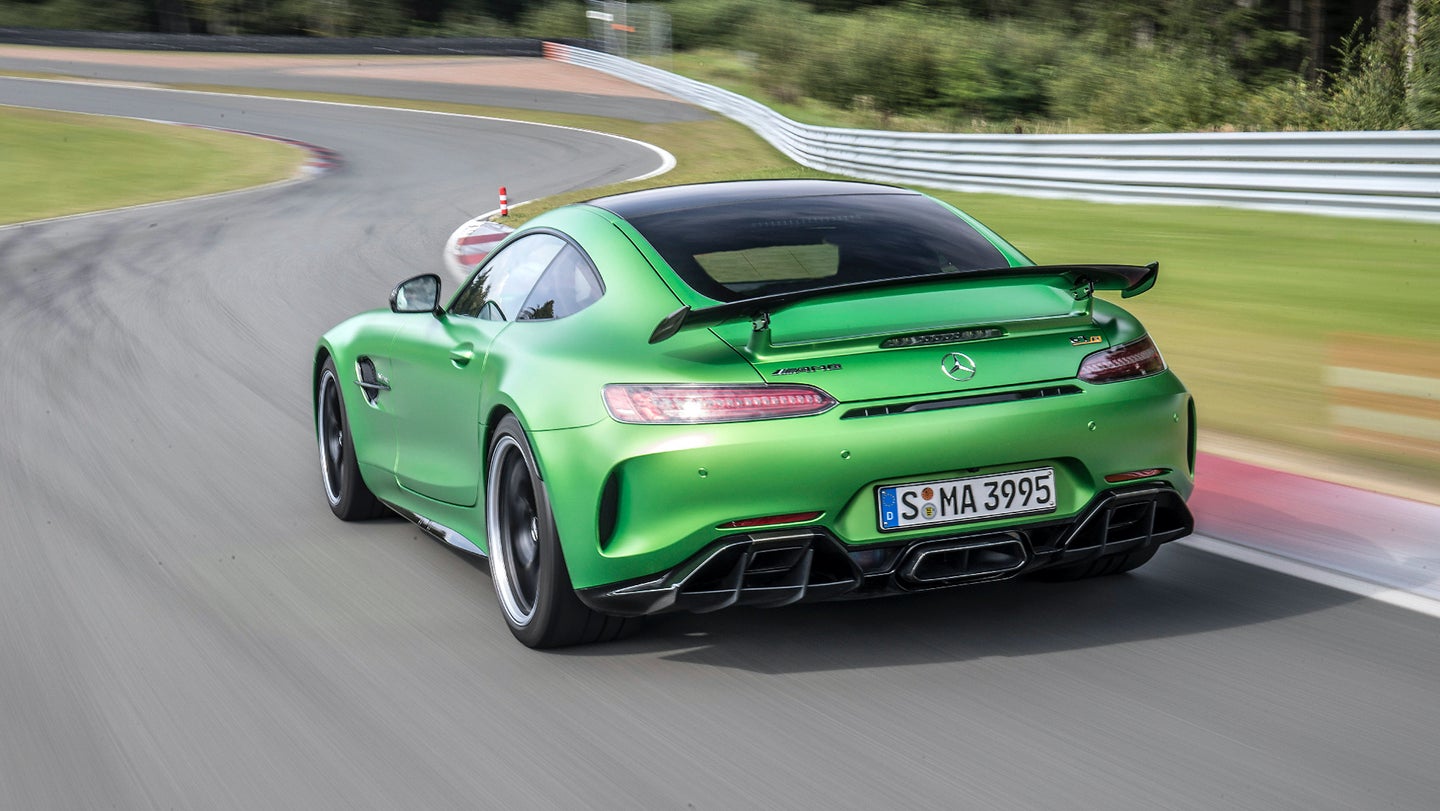 After that, you poor, suffering six-figure supercar buyers will have to settle for one of the other models that is either sticking around or being added for 2021 and beyond. Whatever shall you do, besides perhaps flog a Black Series around the Nürburgring in pursuit of that record-setting 6:48.047 lap time? (Okay, that's considerably more expensive, but definitely what you should do.)

A Mercedes-Benz spokesperson confirmed the lineup change in a statement to The Drive:

“We are pleased to announce enhancements to the Mercedes-AMG GT two-door lineup for the 2021 model year in the U.S. market. The spectacular new AMG GT Black Series, boasting the most powerful AMG V8 series engine of all time with 720 horsepower and a production car lap record on the Nürburgring-Nordschleife, marks the return of this iconic name to the world of super sports cars and takes its rightful place at the very top of the GT family.

The GT Black Series is joined by the significantly enhanced 2021 Mercedes-AMG GT, boasting 54 more horsepower than before—now with 523 hp—and with new standard equipment like the AMG RIDE CONTROL suspension with adaptive damping, electronic limited-slip differential and more. The new AMG GT “Stealth Edition” also joins the GT lineup, featuring exclusive black, carbon fiber and dark chrome elements, while the Mercedes-AMG GT R has been discontinued for the U.S. market for the 2021 model year.”

The 577-horsepower Mercedes-AMG GT R has been in production since the 2017 model year and even became the fastest rear-wheel-drive car to lap the 12.9-mile Nürburgring Nordschleife in 2016 with a stupid-fast 7:10.92 lap time. Later, it spawned an open-top GT R Roadster for those of us who enjoy bad hair days and slower lap times. (Sorry, not sorry for the truth.)

Our need for ever-faster 'Ring times and the passage of time have since one-upped the once-dominant "Beast of the Green Hell" GT R, hence its discontinuation in the lineup to make room for fresh metal. Act fast, GT R buyers, and maybe they'll throw in a leftover Christmas bow.