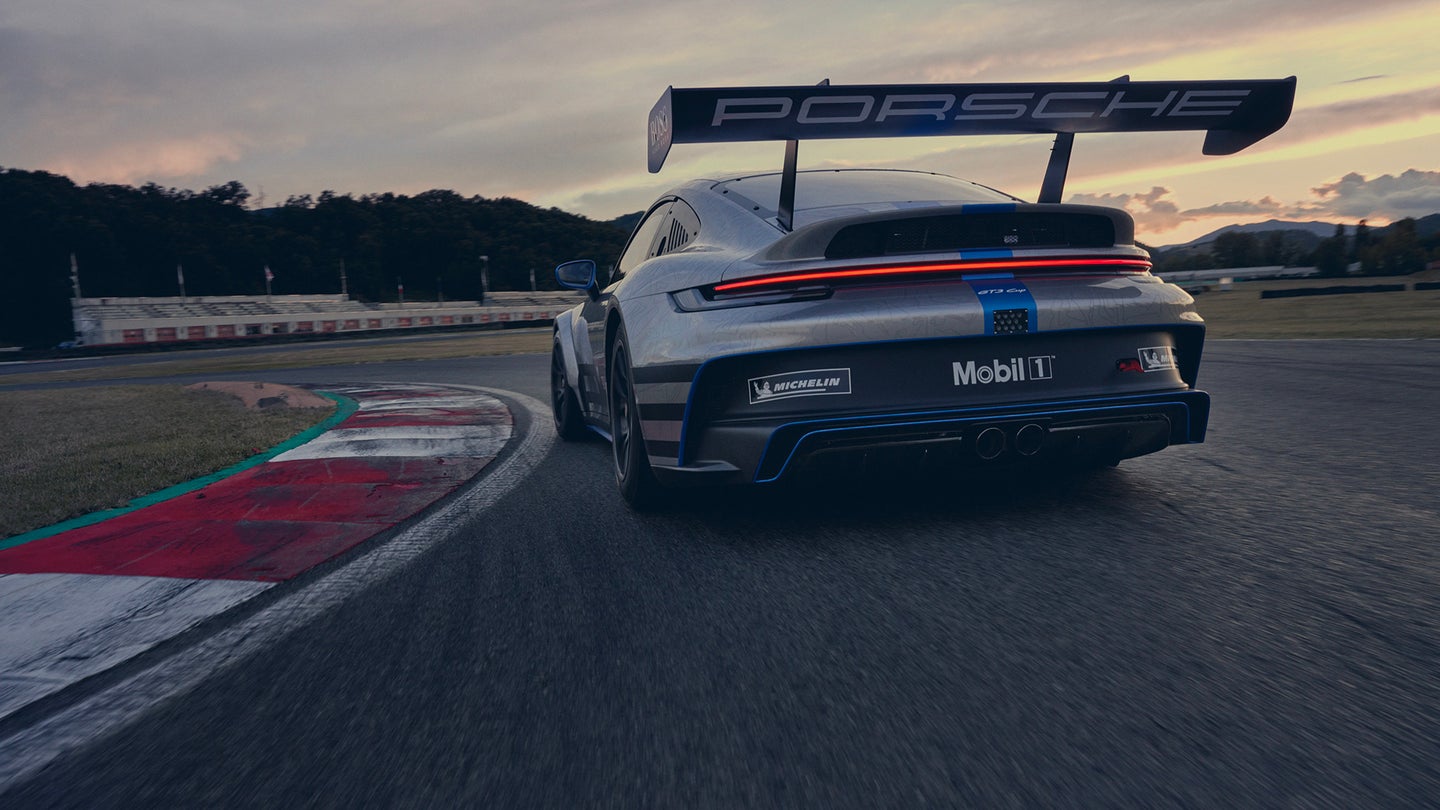 Porsche Motorsport pulled the wraps off its seventh-generation 2021 911 GT3 Cup race car, which offers 25 more horses than the current one, rated at "around 510 horsepower," per Porsche. Also noteworthy is the fact that it can run on synthetic fuels to lower CO2 emissions under racing conditions.

Porsche says the lap times "should be slashed by a good one percent, depending on the track layout" as well, with the company aiming to pass the 5,000-unit mark over the coming years. That shouldn't be too hard given the 911 Cup's massive popularity, which has led to 4,251 sales over three decades.

Porsche's 4.0-liter naturally aspirated flat-six features dry-sump lubrication, producing its horsepower peak at 8,400 rpm, along with 346 pound-feet of torque at 6,150 rpm. The race car redlines at 8,750 rpm, lower than a road-going 2021 911 GT3's 4.0. The 911 GT3 Cup uses a six-speed dog box-style sequential gearbox with paddle shifters, a three-plate sintered metal clutch, and a single-mass flywheel. Porsche Motorsport will offer three different racing exhausts depending on the series you want to take on. 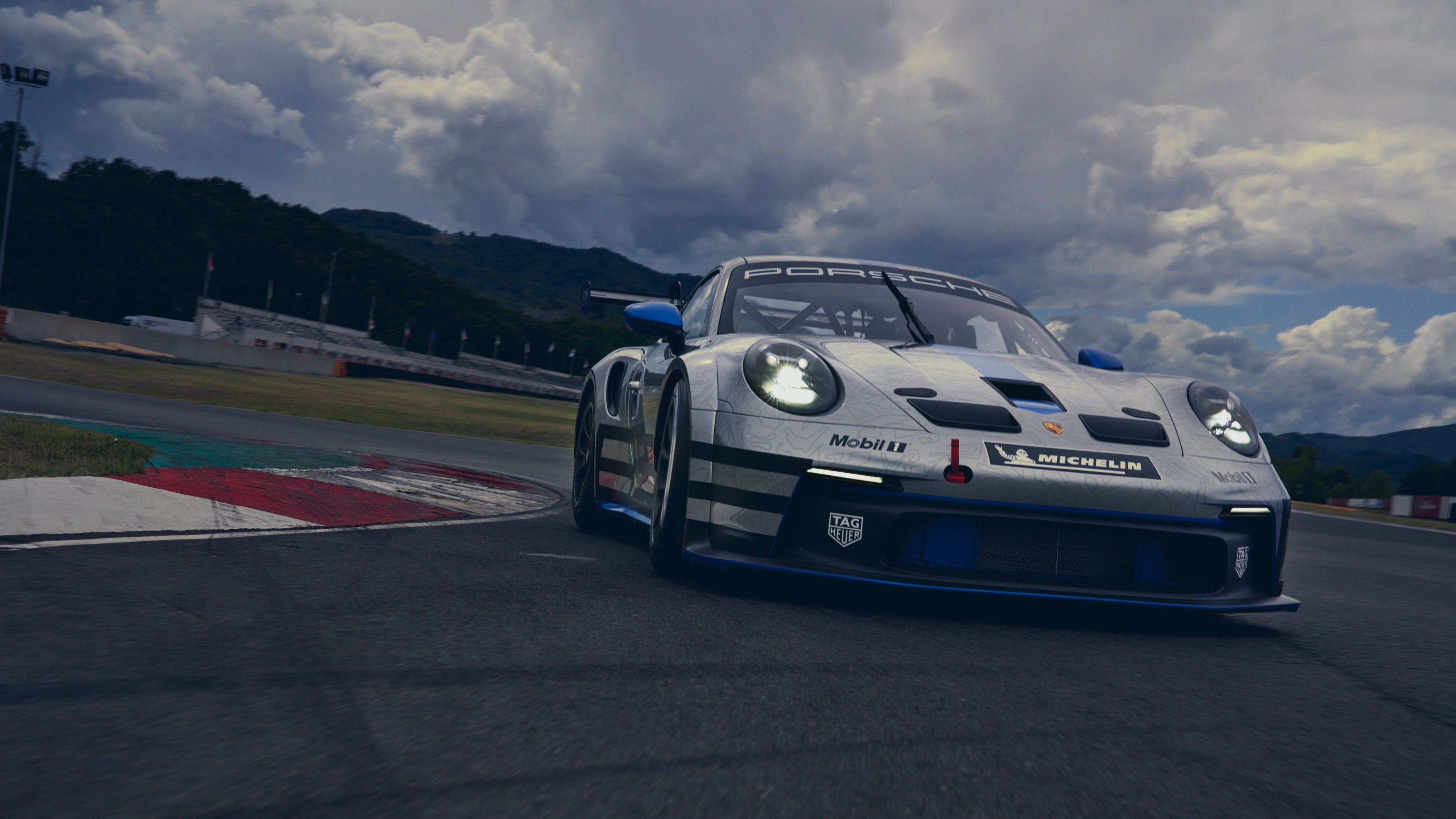 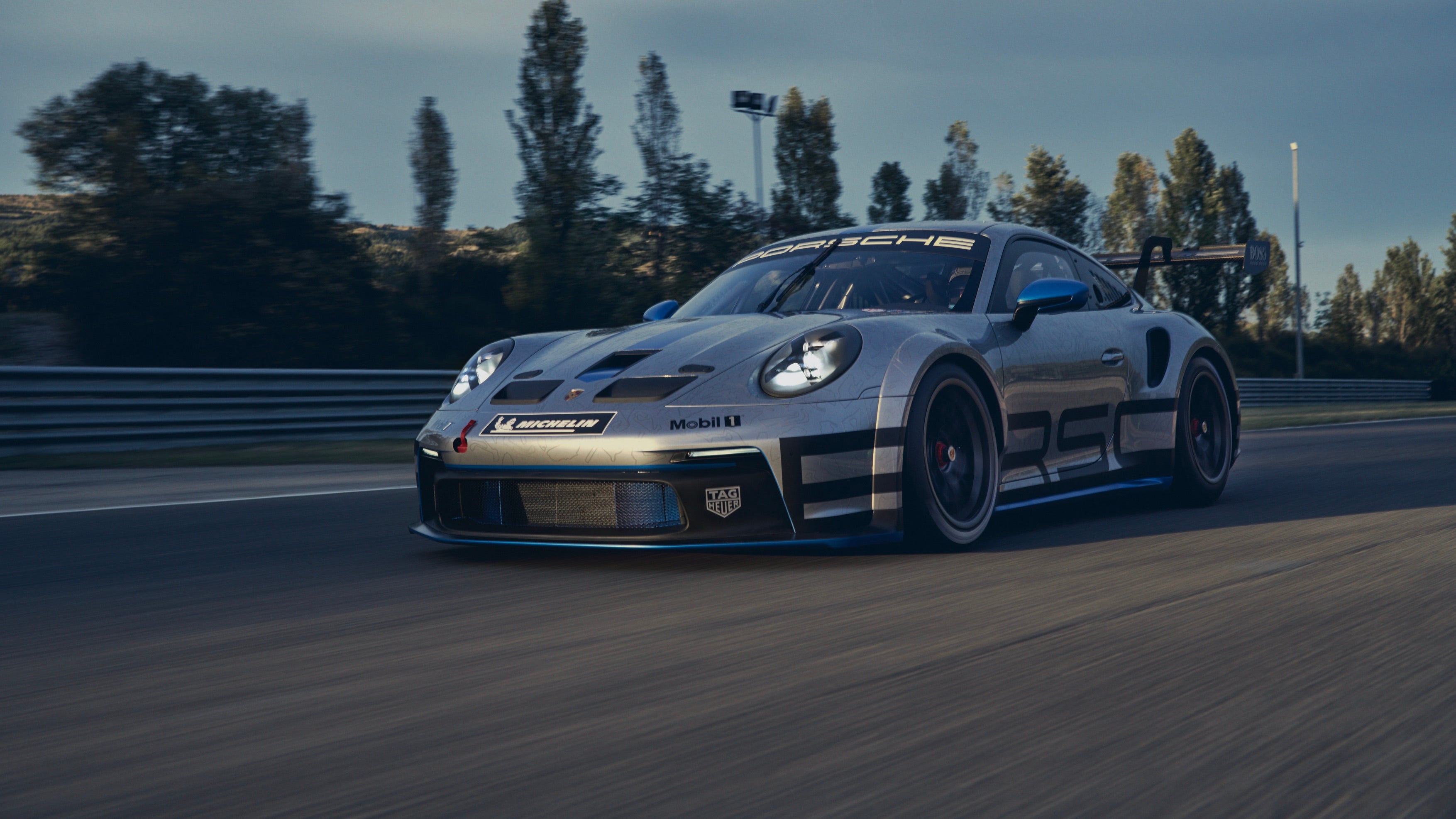 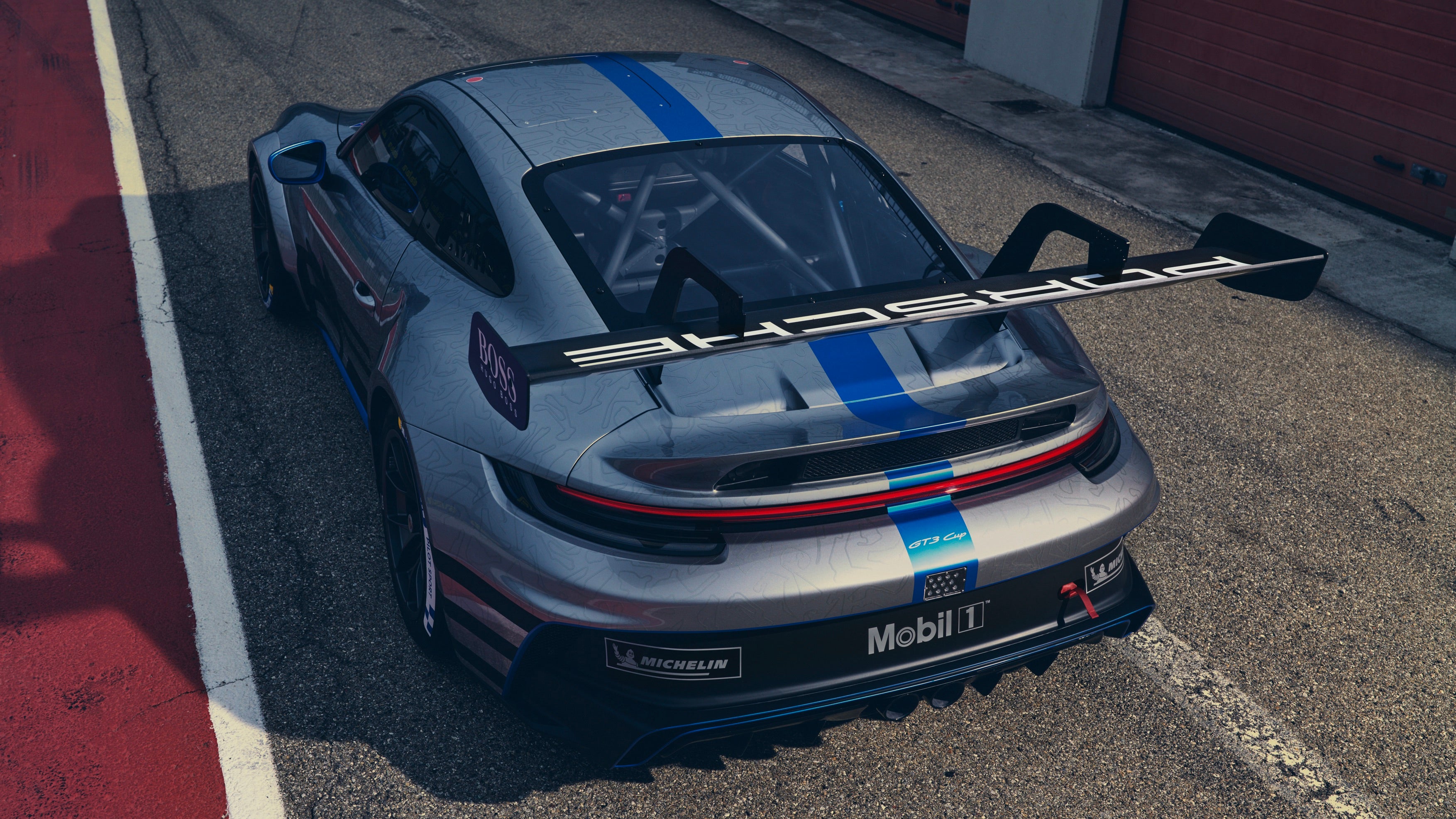 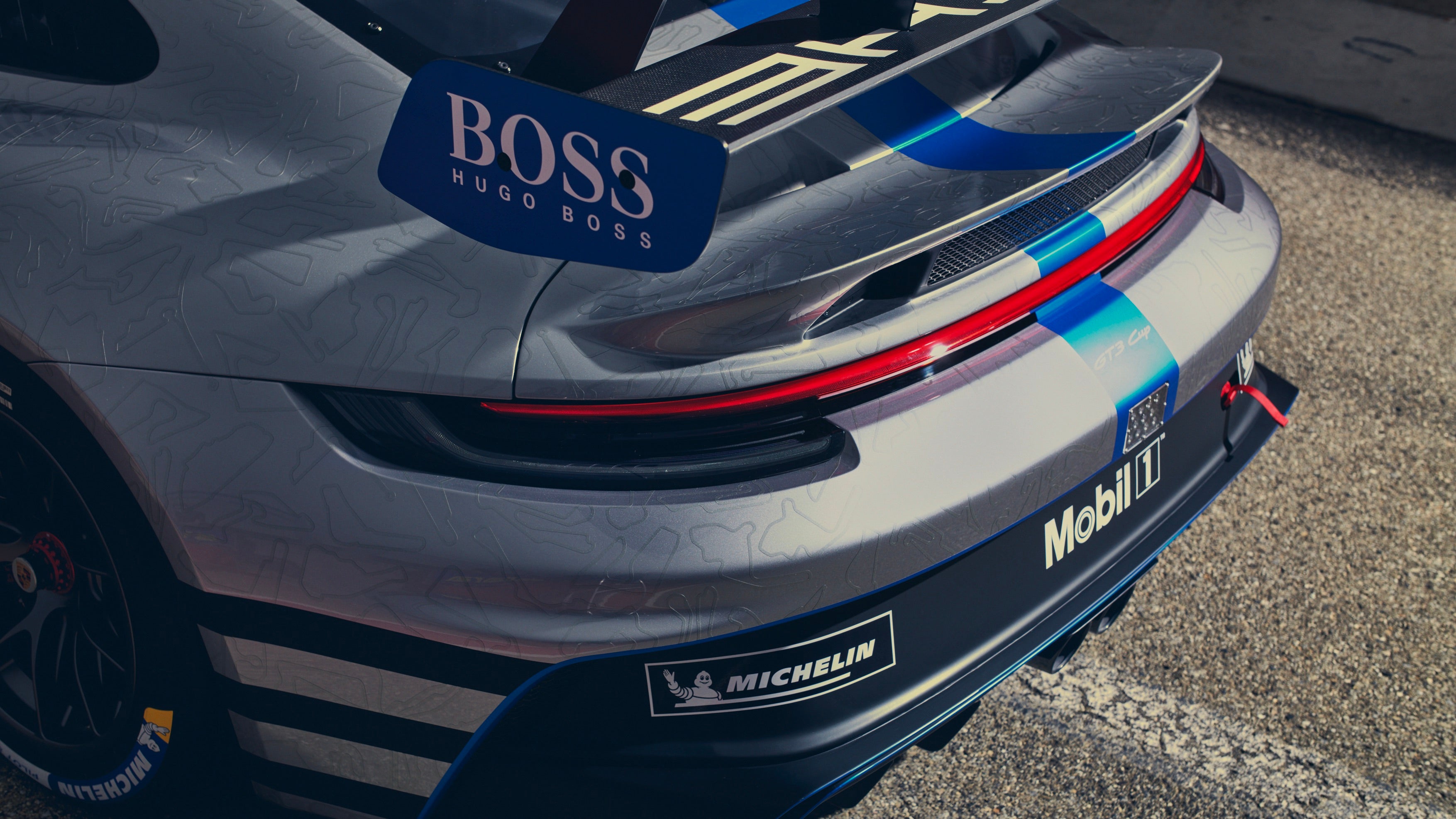 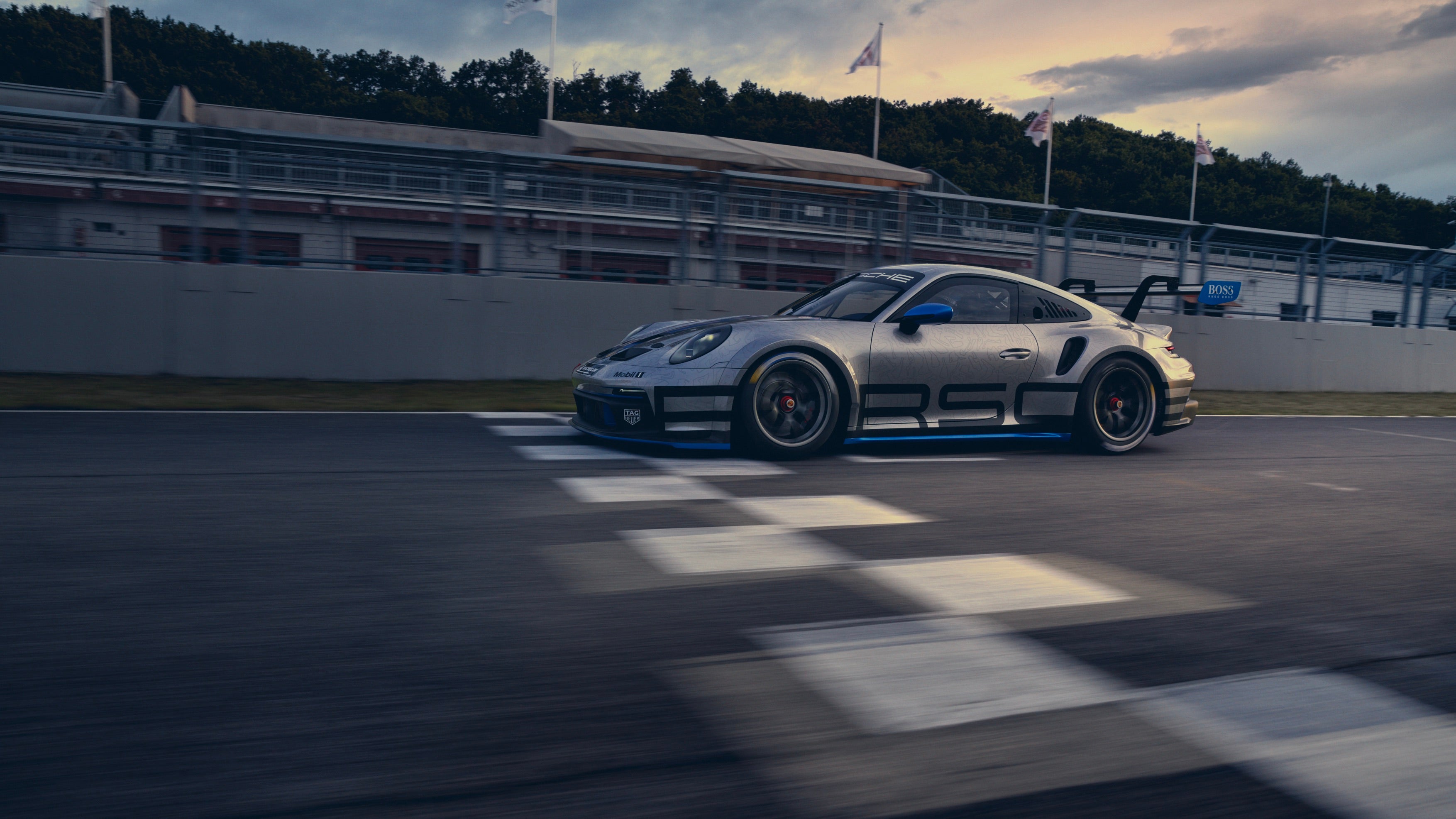 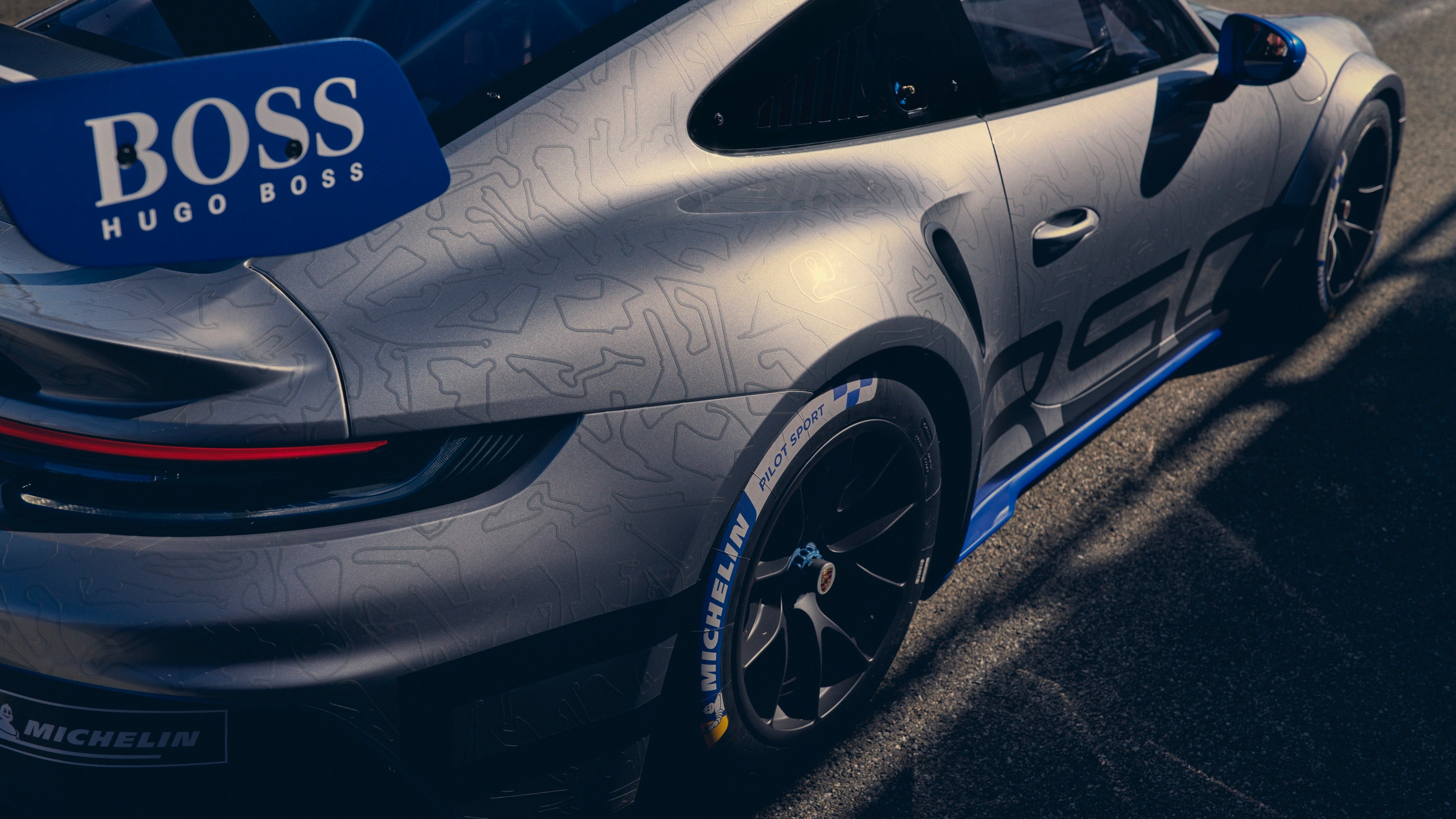 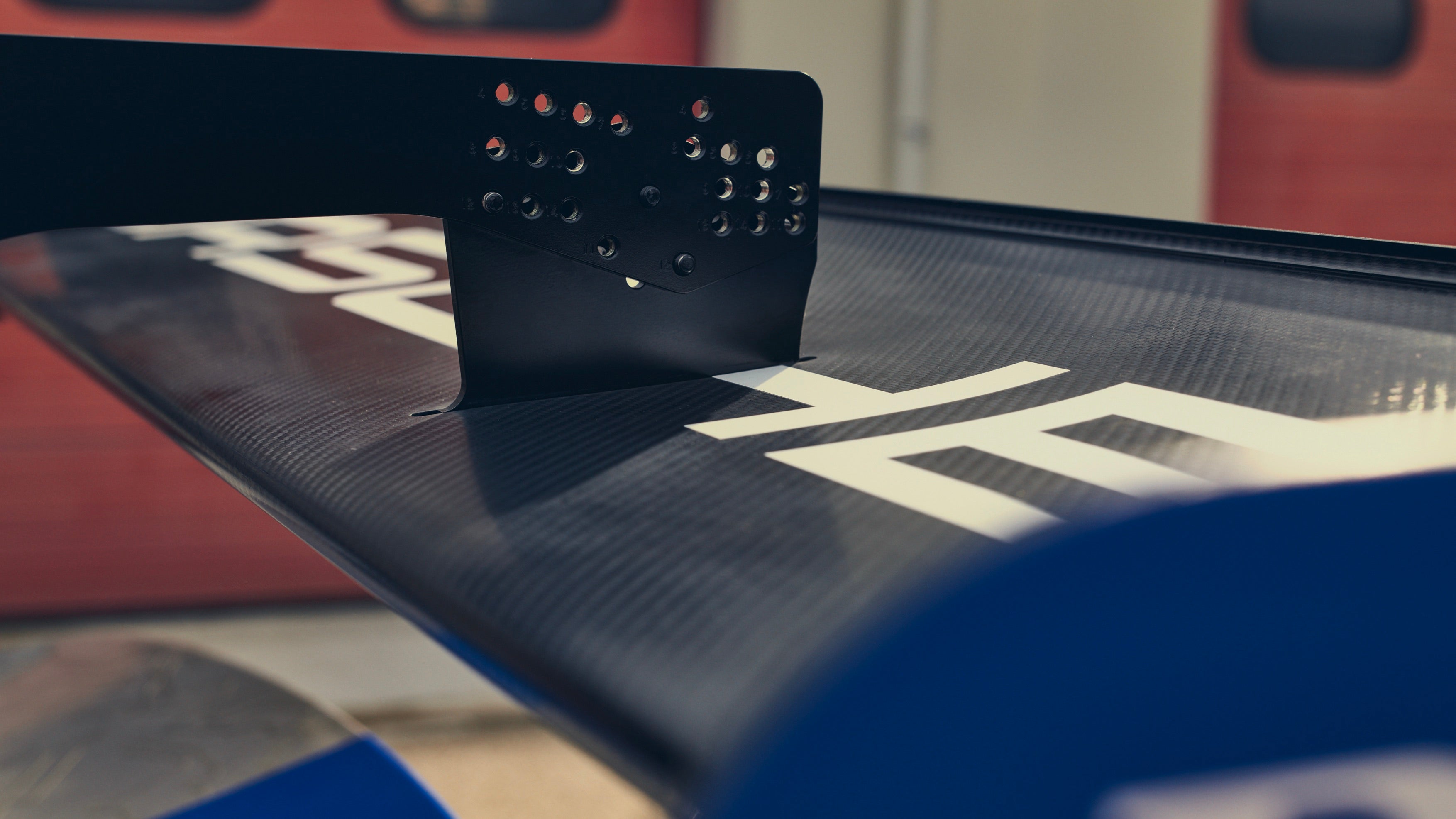 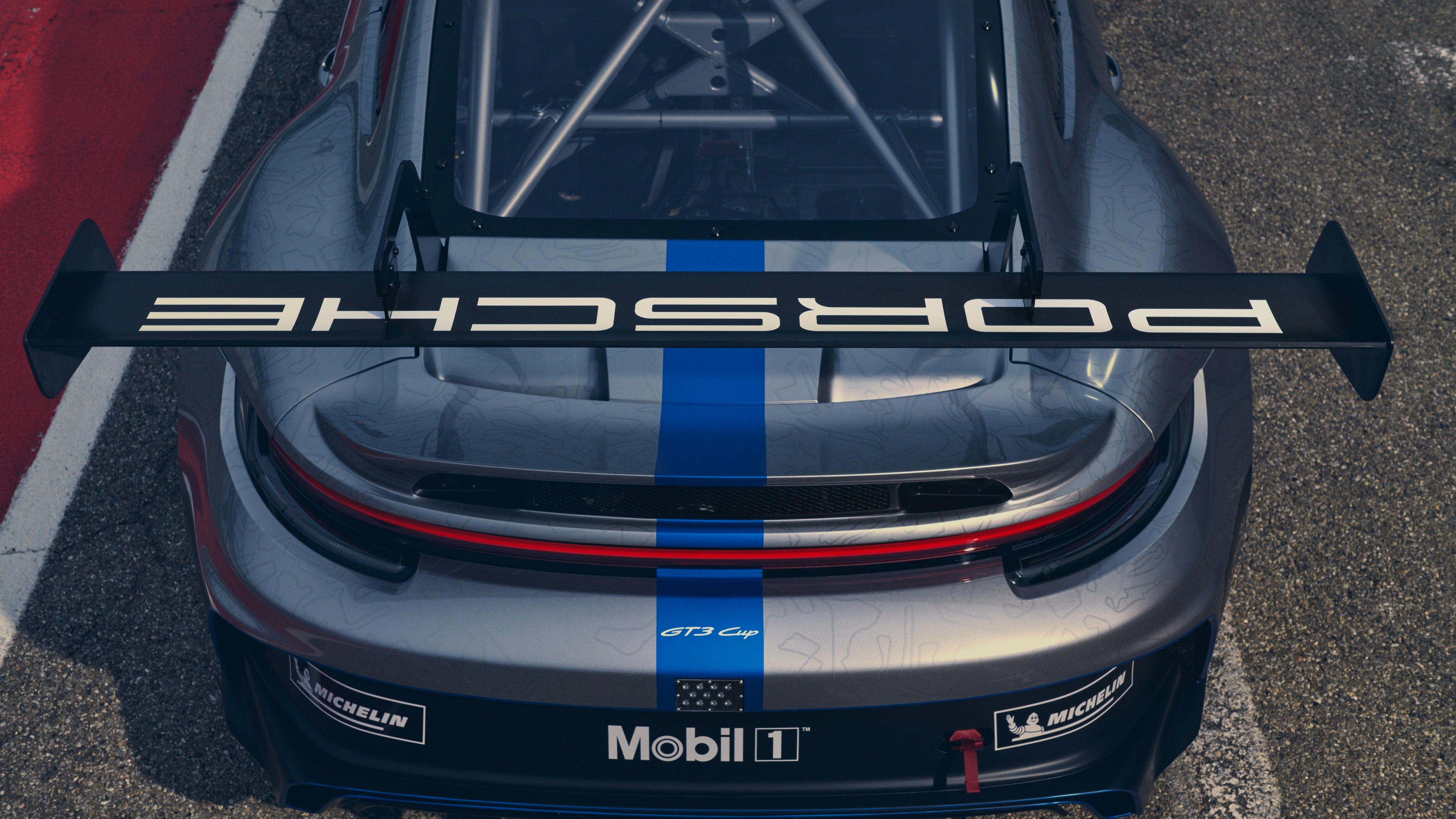 Would you like some wing with your hot sauce? Thanks partly to that massive eleven-stage adjustable rear device with a "swan neck? mounting for uninterrupted under-wing airflow, Porsche promises more downforce as well. Along with the rear wing grew the front apron, now complete with a lip spoiler and strategically-positioned separation edges.

While the body of the 991.2-generation Cup car consisted of 70 percent steel and 30 percent aluminum, the new car's ratio is the other way around. All windows are still made of lightweight polycarbonate and have scratch-resistant hard-coat glazing. The doors, engine cover, and rear wing are made of carbon fiber reinforced plastic, while the front hood is aluminum, which lowers repair costs in the case of an accident.

Regardless of all that carbon fiber and aluminum, however, the 2021 911 GT3 Cup's dry weight still went up by 77 pounds to around 2,777, due partly to extra struts being added to the steel safety cell. Of course, the removable escape hatch in the roof also complies with the latest FIA standards. 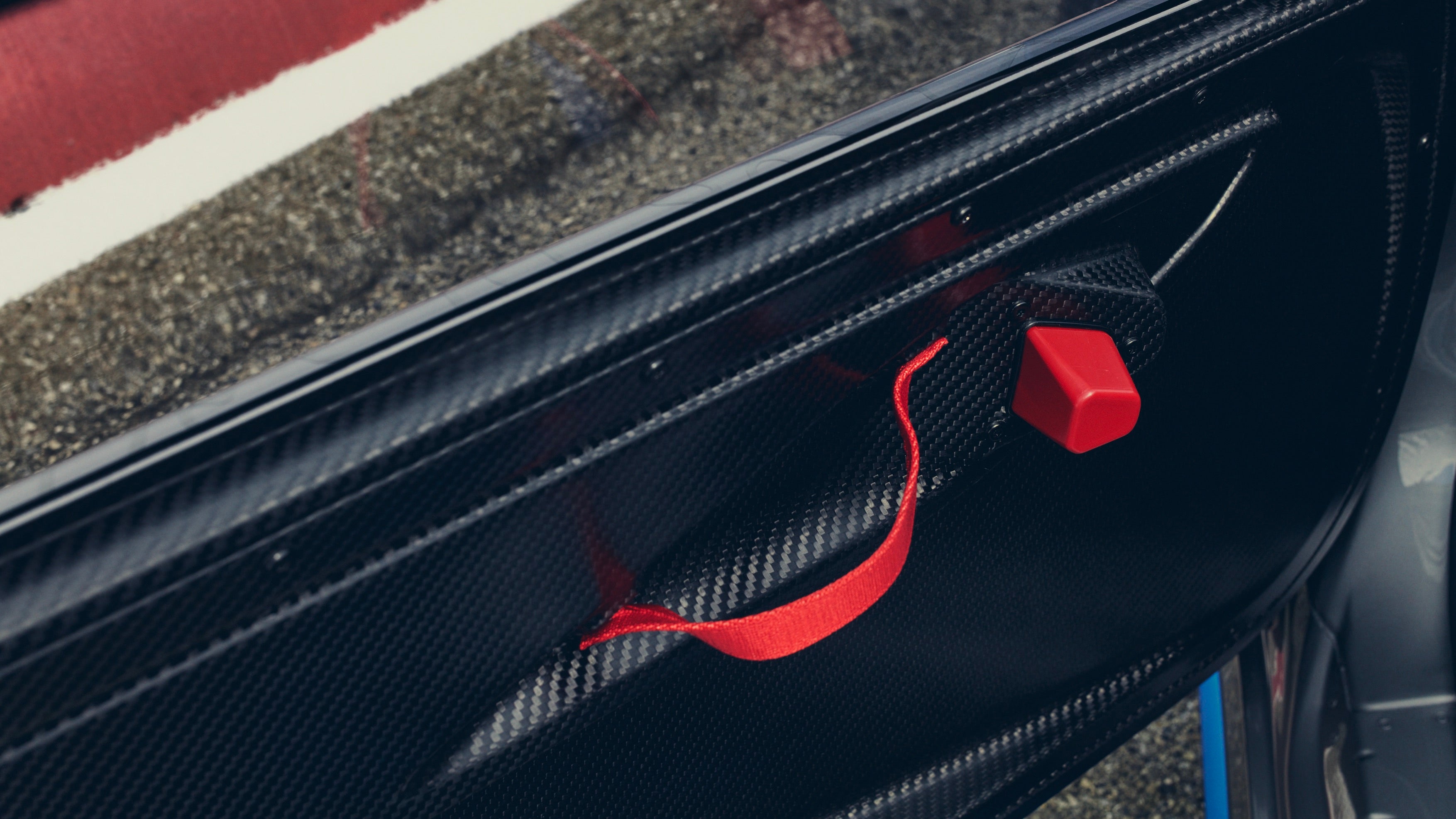 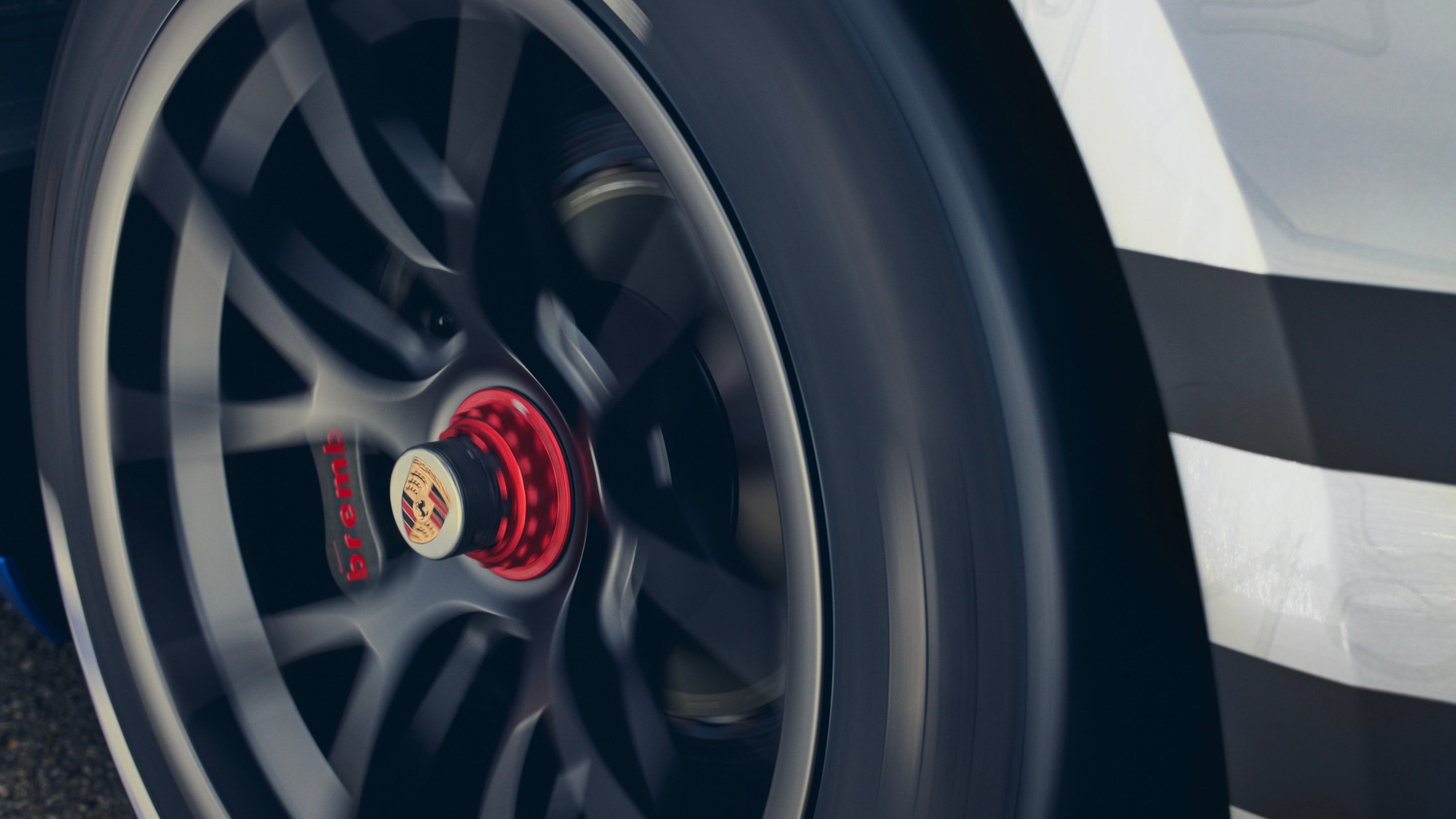 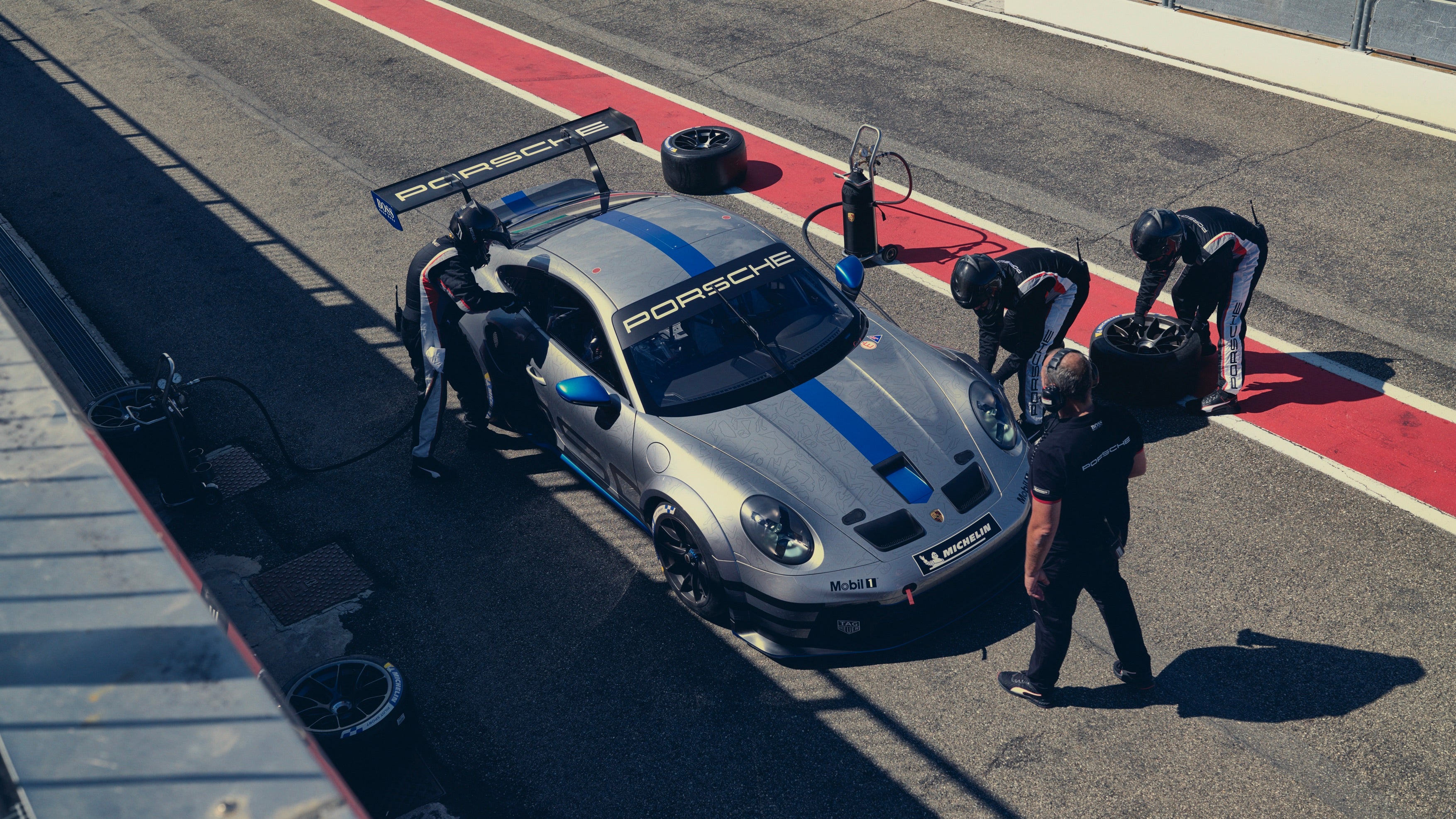 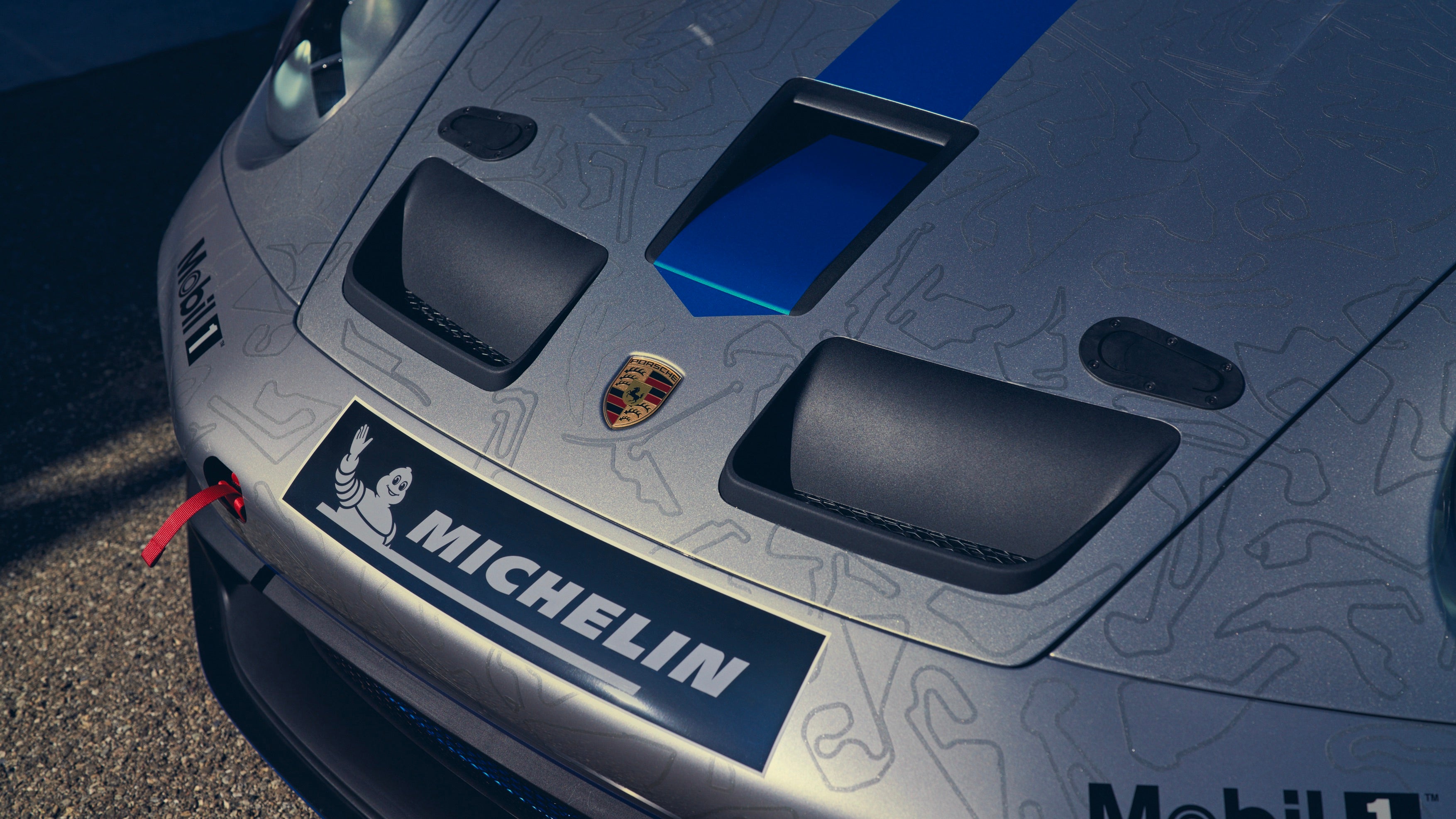 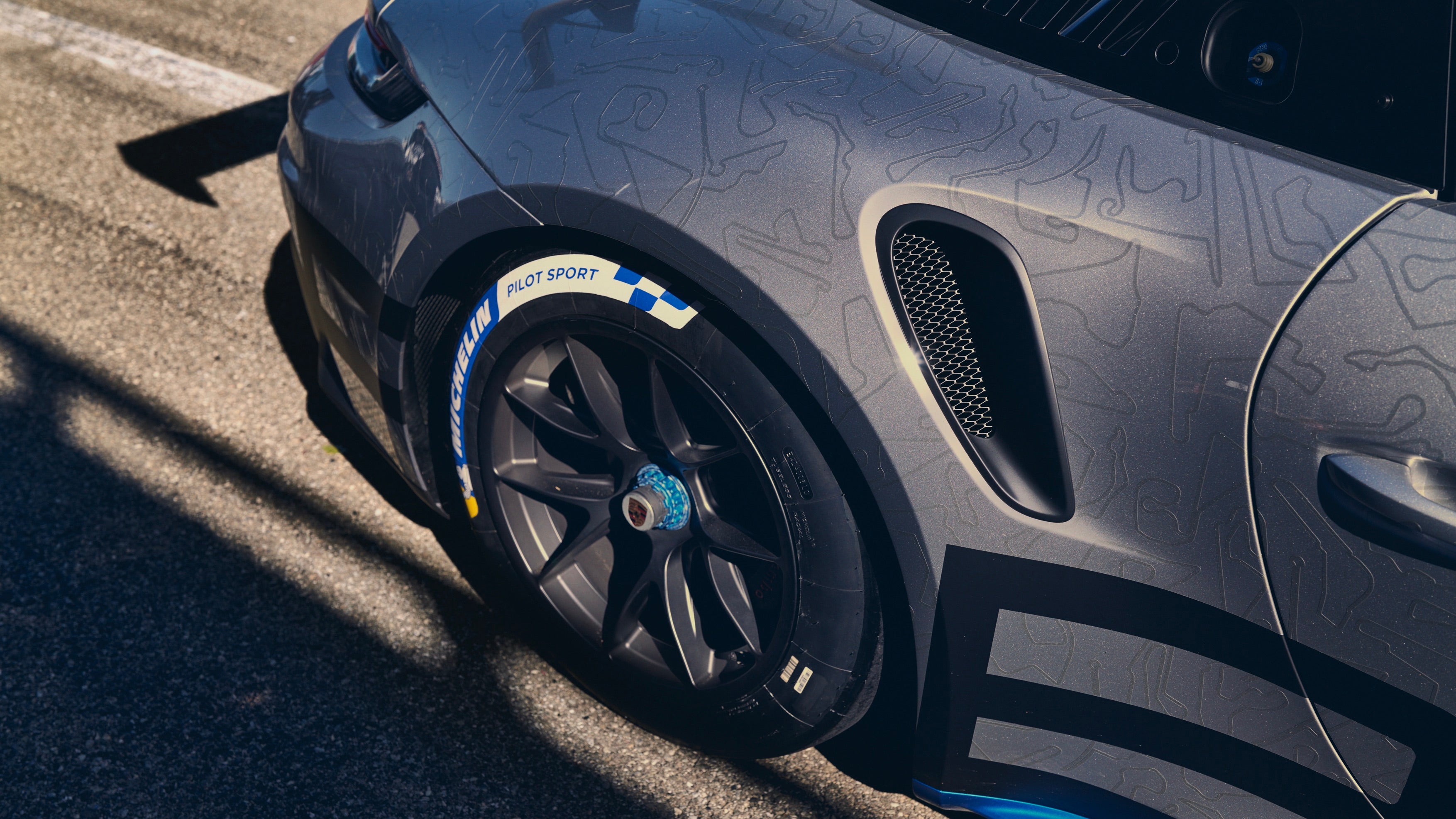 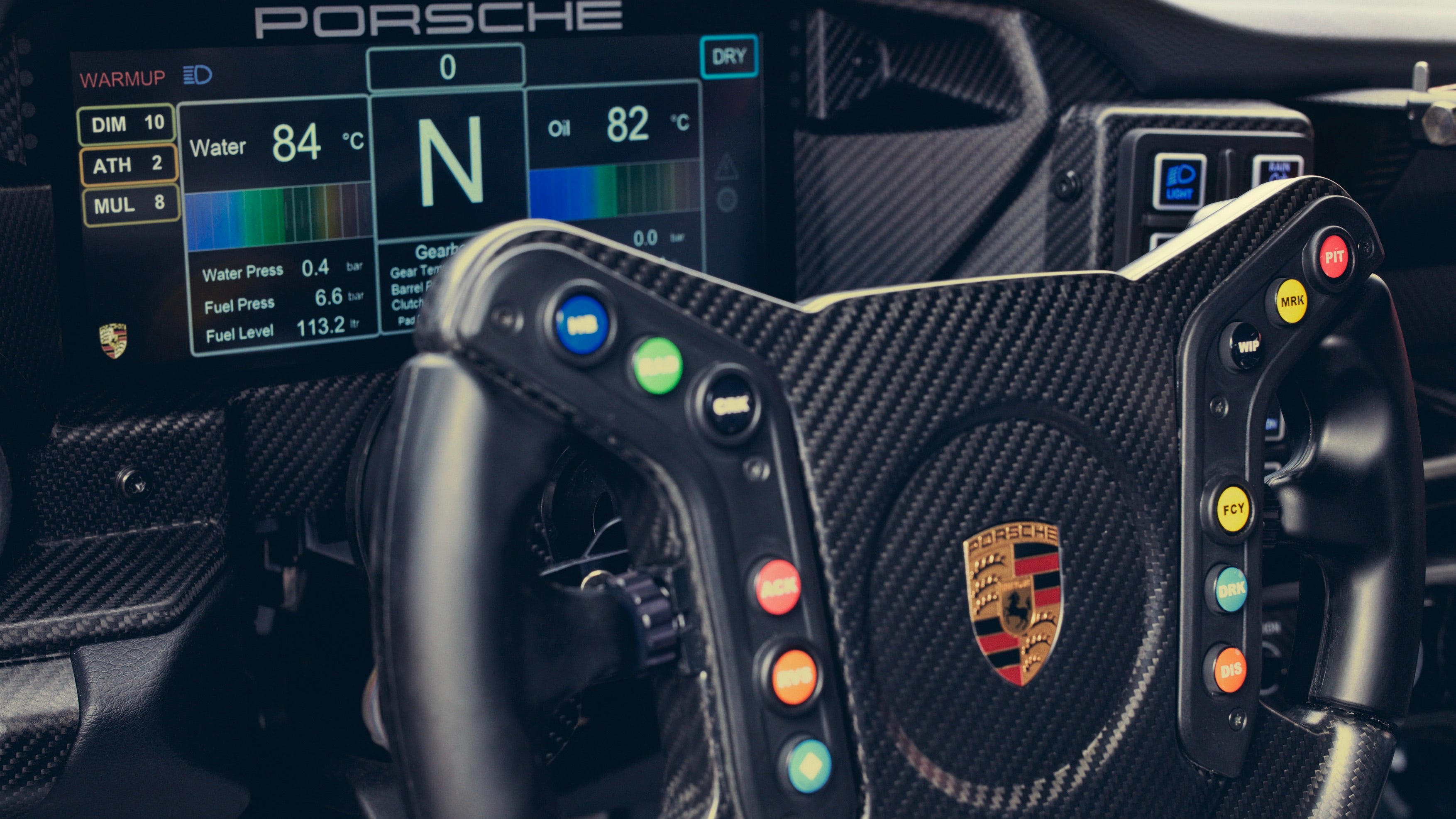 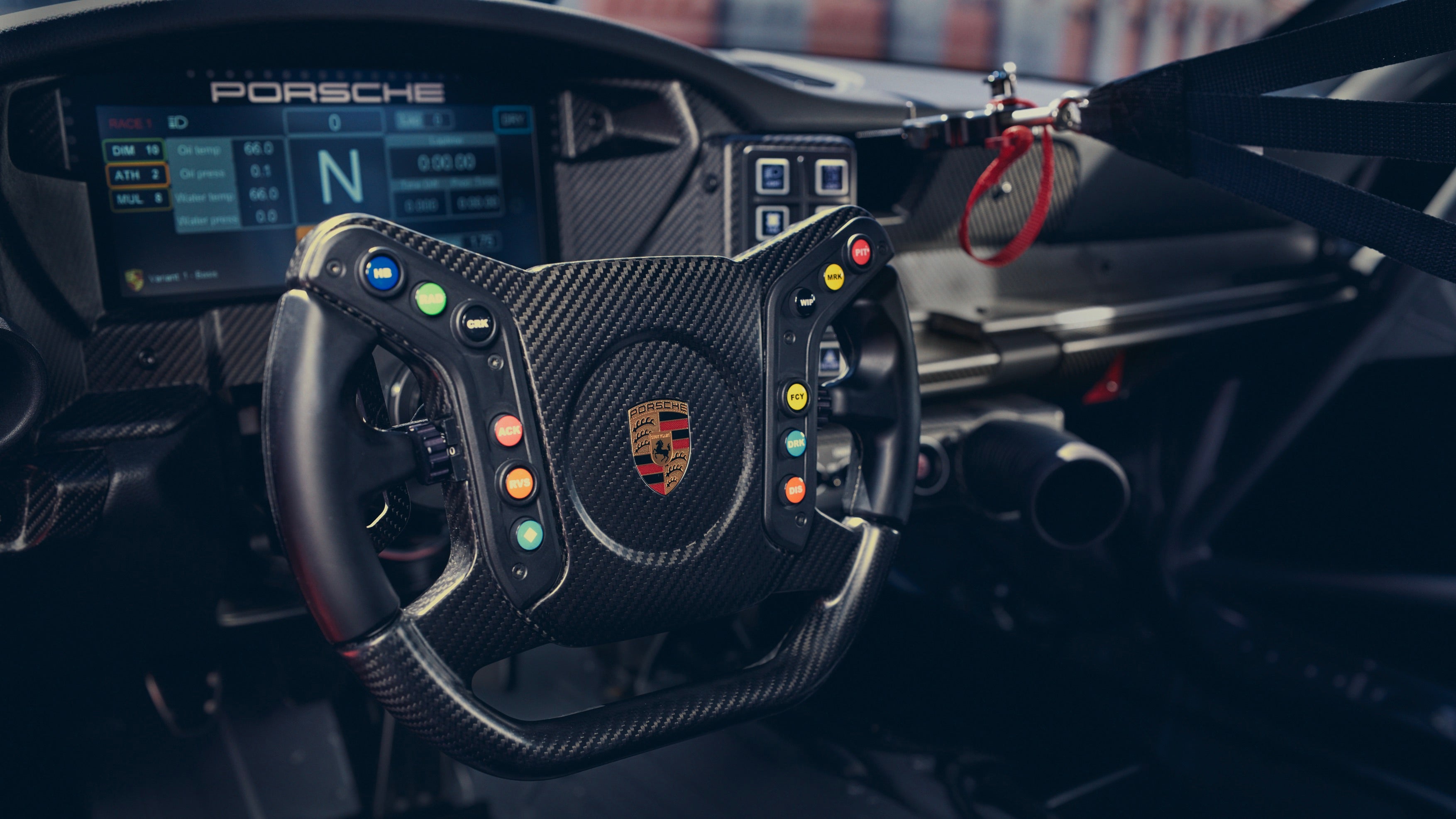 Inside, what Porsche calls the Rubber Switch Panel (RSP) features ten large buttons that control central functions such as lighting and ventilation or to change tire settings from dry to wet. One enhancement is the adjustment of brake balance. Now, it can be controlled via a rotary knob switch on the outside right of the RSP in or against the direction of travel—depending on whether the front axle needs more or less brake pressure.

Porsche also added a centrally positioned, 10.3-inch color monitor. After the readout of the data, the driver and race engineer will see the same telemetry information due to the display and the computer monitors being aligned.

Porsche presented its first 911 Cup car in 1990. Based on the 964 generation, the race car built for the German Porsche Carrera Cup produced 260 horsepower. From 1993, it was also raced in the newly established Porsche Supercup, which ran as part of the Formula 1 support program.

Got a tip on racing Cup Porsches, or how to make a race car lighter? Send us a note: tips@thedrive.com