The Naturally Aspirated 2022 Porsche 911 GT3 Will Debut Next Tuesday

It's got all the right ingredients, including an optional six-speed manual. 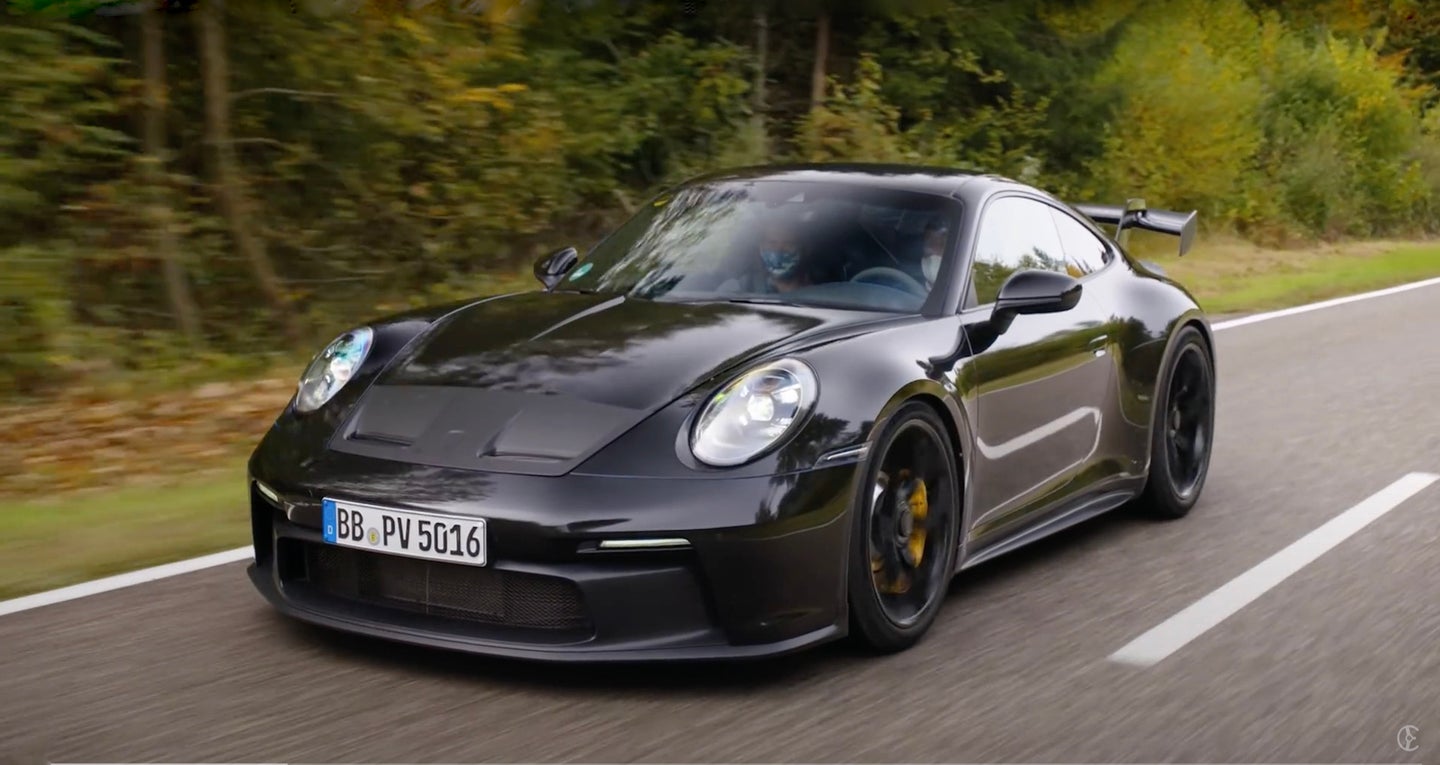 Porsche has been teasing us with the 992-generation 911 GT3 for a while, yet it looks like that will finally come to an end with the car's official reveal now scheduled for next Tuesday, Feb. 16. What we know already is that the most popular GT-spec 911 retains its naturally aspirated 4.0-liter flat-six engine, as well as an optional six-speed manual transmission that can be had instead of the standard seven-speed PDK.

The PDK-equipped car, which can now be shifted like a proper sequential, has a total curb weight of 3,152 pounds with a full tank of gas, and produce more downforce than ever for "a devastatingly quick" time around the Nürburgring, according to Porsche GT boss Andreas Preuninger.

The hanging rear wing is still camouflaged in stock photographs, but we've already seen the vented carbon fiber hood, and the massive diffuser before. To add mechanical grip as well, the 2022 GT3 also comes with wider tracks thanks to a five-link double-wishbone front axle straight off the 911 RSR race cars, which also called for an upgraded rear axle setup and quicker steering. The package is complemented by 20- and 21-inch forged wheels, wrapped in 315 mm Michelins at the rear. Brakes now measure 408 mm at the front and 380 mm at the back, with carbon-ceramic rotors on the options list.

The new GT3's naturally aspirated flat-six can sound just as good through Porsche's lighter exhaust system, which features "very loud gasoline particulate filters," according to Preuninger. Inside, there's a new track screen option with a bright shift light in the center, which goes from yellow to a flashing blue for the perfect shifting experience.

Bigger, faster, and closer to the RS specification than ever, the 992 GT3 will be a testament to the power of the Porsche flat-six. 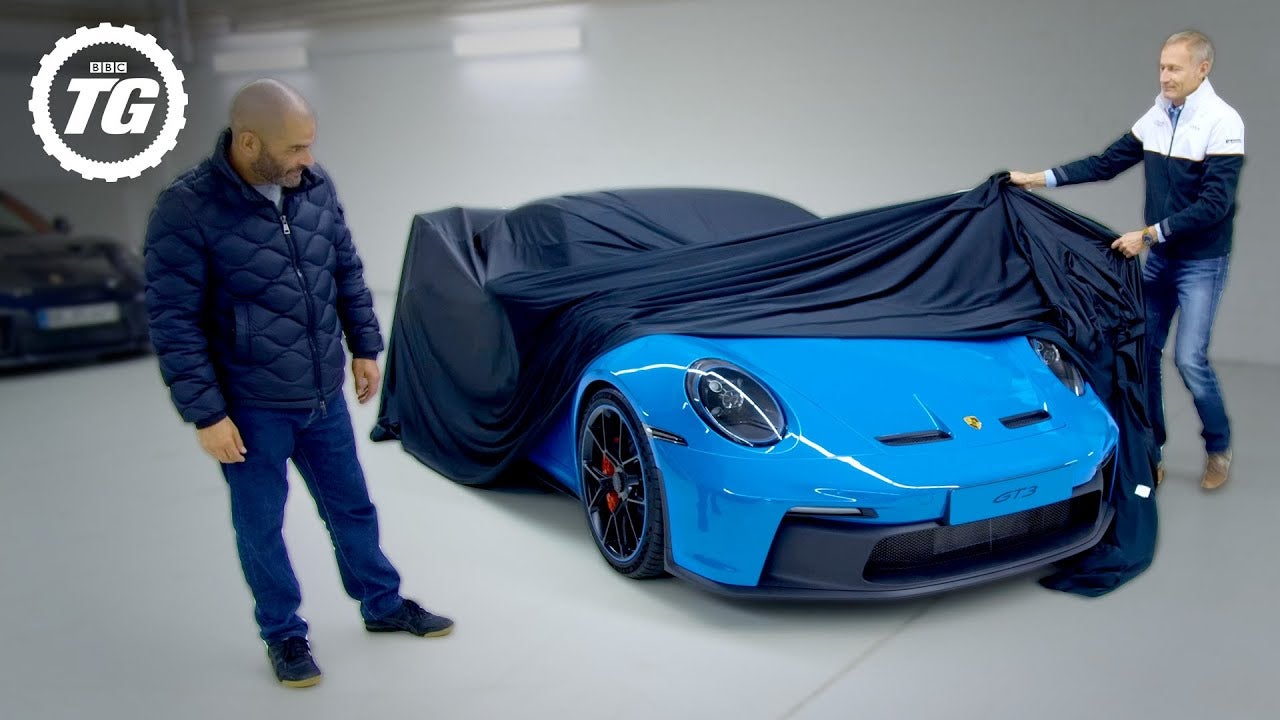 Now, all we need to do is wait for a little over six days, and tune in online to see the live reveal of this most desirable of track-happy Porsche 911s.