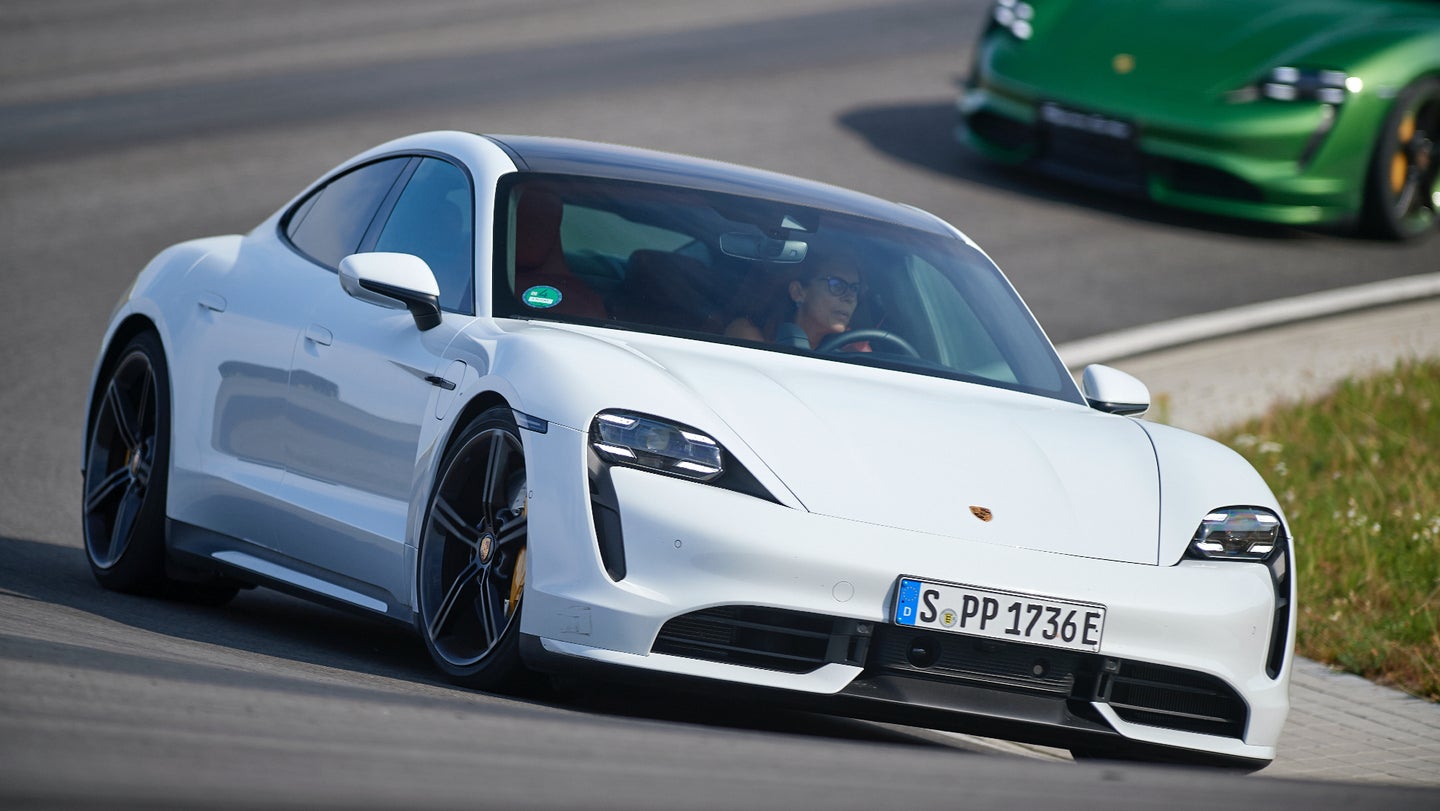 Porsche's third-quarter sales data had an interesting surprise. Porsche's third best-selling vehicle wasn't any of its flagship sports coupes, but rather, its all-electric Taycan.

We as a nation are still gripped by SUV-mania, so naturally, Porsche's best seller was the Macan (5,466 sold), followed by the Cayenne (4,509). Yet for the first time ever, the Taycan took the third spot, selling 1,858 cars. That put it ahead of the Panamera, 718 and the Porsche that most people think of when you say "Porsche," the 911. (The 911 was still Porsche's fourth best-seller last quarter, don't you worry.)

Automotive sales industry-wide rebounded last quarter from their initial pandemic lows, and Porsche was no exception, reporting its first positive quarter of 2020. In the U.S., sales at the end of the second quarter were down 20.1% from the second-quarter sales in 2019, whereas third quarter sales this year actually went up 5% from 2019's third quarter sales for a total of 15,548 new Porsches sold in the U.S.

Meanwhile, perhaps thanks to the pandemic crunch on many Americans' finances or Porsche's extra effort in making it easy to browse its certified pre-owned inventory from home, Porsche's third-quarter U.S. CPO sales went up 26.4% percent from the same quarter in 2019. Three cheers for letting someone else take the depreciation hit in these trying times/these difficult times/these unprecedented times/these dark times/these C'thulhu fhtagn blsfdlafjd times/you know all the clichés by now!

There's no telling if this trend will hold given that exciting new cars tend to get a big sales boost at their launch when everyone who wants one immediately jumps in for the shiny new thing. However, it's a promising sign as to the viability of an electric Porsche, not to mention future Taycan trims and models to come. The U.S. is historically one of Porsche's largest and most important markets. Moreover, it's a good sign for other automakers looking to jump into the EV game: do it well, and it could be a solid seller in your lineup, even beating out some of your established models.

Could the success of the Taycan even justify a smaller electric sports car in the future? We certainly hope so.