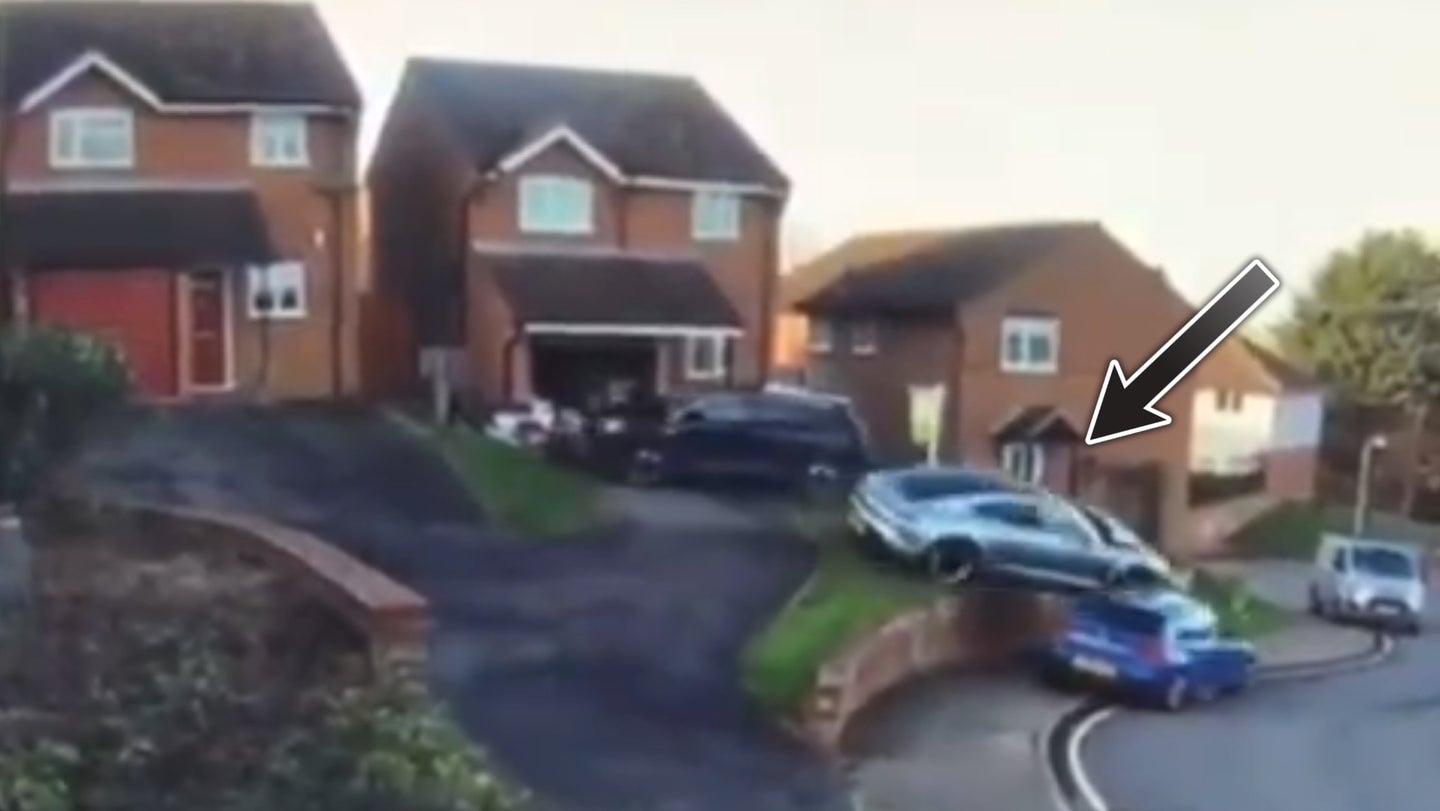 The Porsche Taycan is one of the fastest electric vehicles on the market, with even the least powerful 4S version on sale right now cranking out 523 horsepower and 477 pound-feet of torque. Needless to say, it's easy to get carried away with that much oomph—not to mention easy to carry other objects with you.

One unlucky Taycan driver experienced one of EVs' best features—that sweet nearly instant blast of torque—in the worst possible scenario, apparently punching it and losing control when trying to head up a driveway.

Remember that old line from Top Gear about how horsepower determines how fast you hit the wall and torque tells how far you take the wall with you? In this case, the real display of torque is how easily the Taycan shoves two cars out of its way after it dodges to the right into the rear left corner of the black car, off a ledge and into the top of a blue car parked underneath.

The black vehicle gets turned sideways like it's no big deal, and the blue one gets shoved a bit down the road after the Taycan launches off the embankment.

Maybe they hit the wrong pedal instead of the brakes. Maybe they were learning how to drive and just plain made a mistake. Perhaps they swerved right to avoid the house in front of the car. I've never hit a house with a car myself, but it seems worse than colliding with another car somehow.

If you know who did this or are the unfortunate driver yourself, don't hesitate to get in touch with us at tips@thedrive.com. We have so many questions.