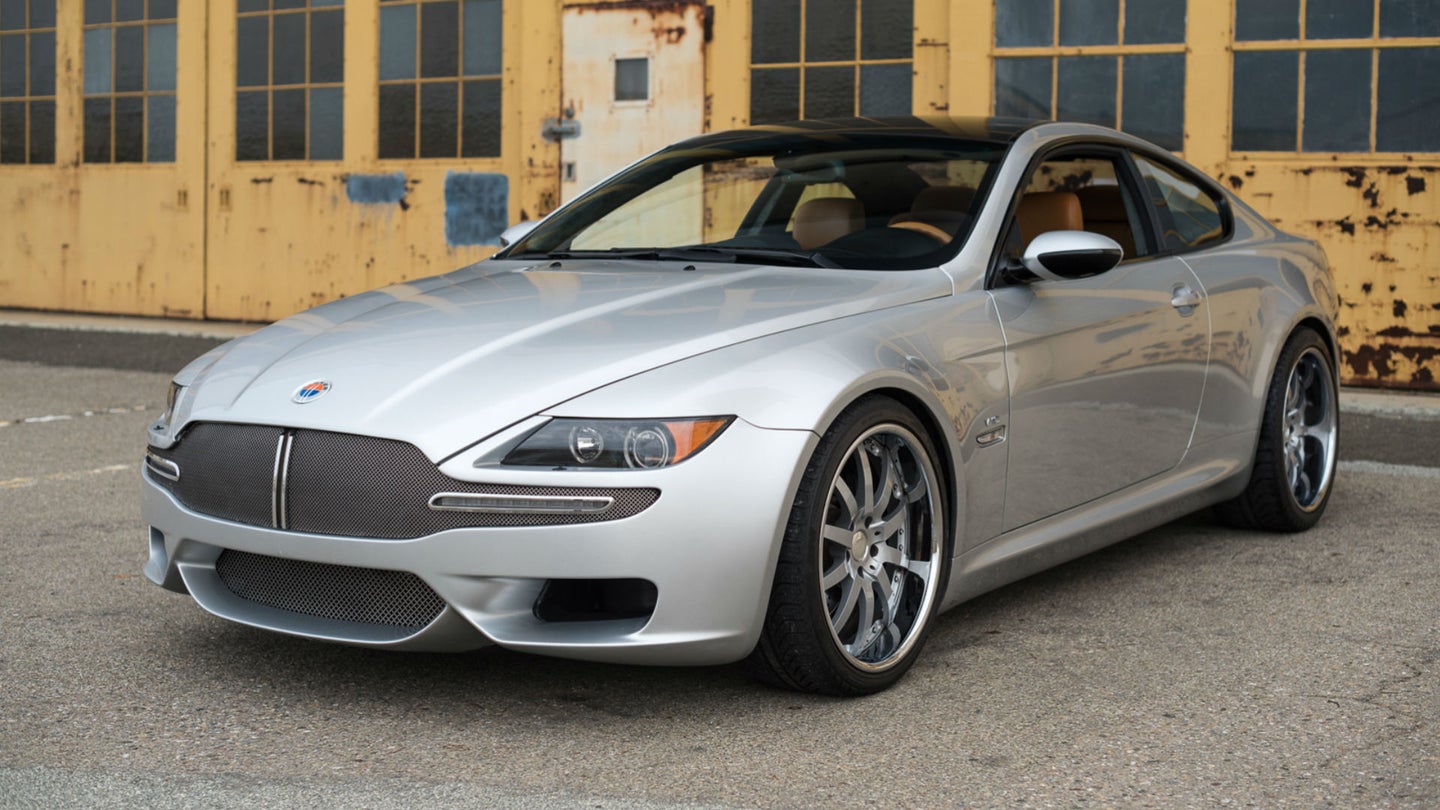 Have you ever heard of the Fisker Latigo? While most people know the California brand for its failed Tesla-fighting EV, the Karma, Fisker also tried to revive coachbuilding with the Latigo. To have his or her car coachbuilt, the customer bought a BMW M6 and gave it to Fisker, who based the car on the Beemer's chassis and powertrain. Fisker then designed some of the bodywork out of aluminum and carbon fiber, but let the customer choose some exterior, interior, and engine options.

The company originally planned to build 150 bespoke Latigos, but rising oil prices killed the car before it even left the factory, and Fisker only built a prototype and one production car. Now the latter is for sale on Bring a Trailer.

This 2006 Fisker Latigo, designated chassis number 001, is the only customer Latigo ever built. It comes in Titanium Silver Metallic with a bespoke leather interior and features a badge on the engine cover with the car's chassis number and Henrik Fisker's signature on it.

This is your chance to own a BMW-powered, bespoke sports coupe that's truly unique but won't break the bank.