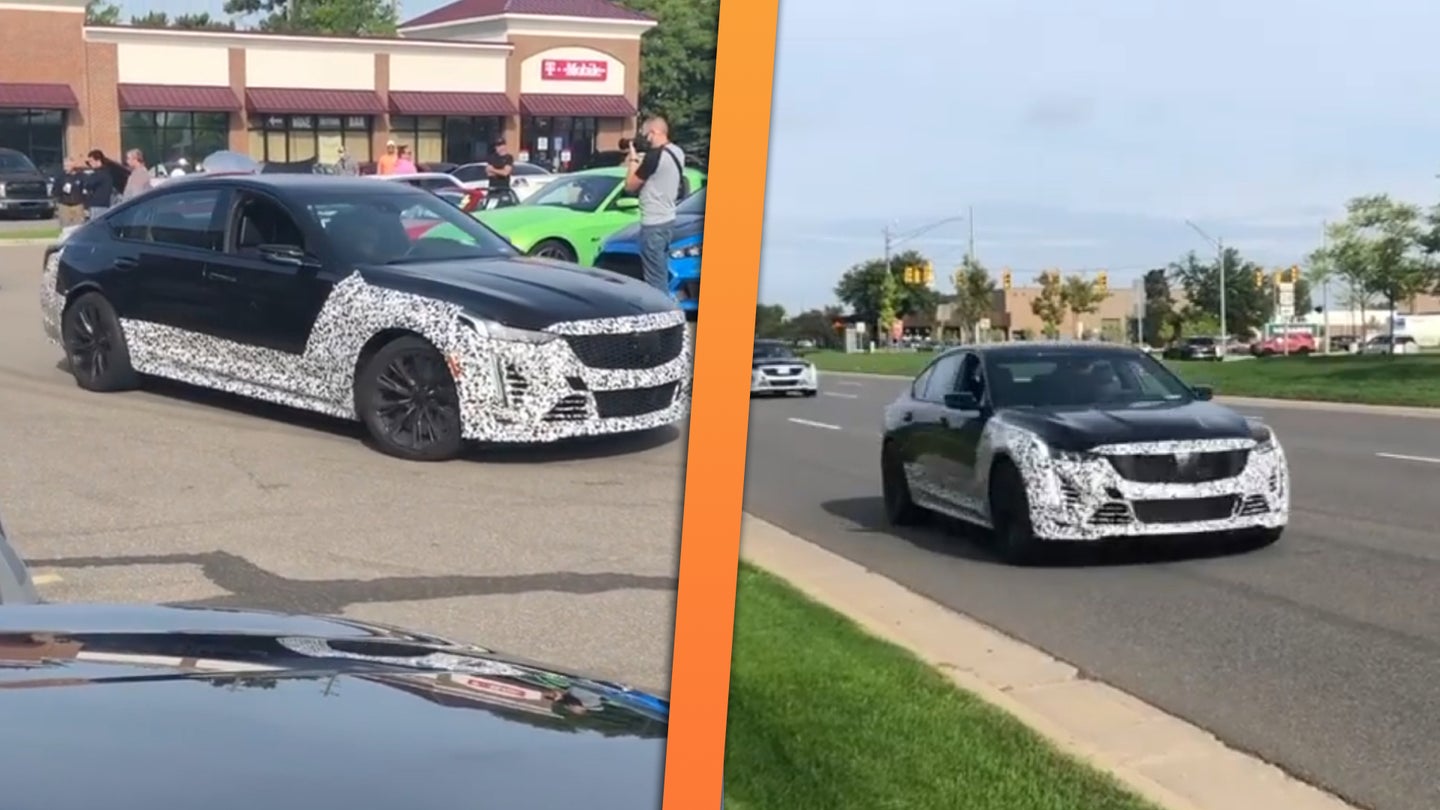 Cadillac's performance-centric V-cars have been a mixed bag lately, but fortunately, these upcoming CT5-Vs sound excellent. As in, actually sounds. With your ears.

Cadillac took a pair of prototype CT5-Vs to a car show at the High Octane Cafe & Bakery just outside Detroit this weekend, reports Jalopnik. From what we can hear on an Instagram post from the event, it definitely sounds like the cars pack a supercharged V8 under the hood.

Cadillac toned down its V-cars lately to mixed reviews from enthusiasts, as the marque claimed that buyers were too intimidated by the extra performance of the likes of the old ATS-V and CTS-V. (Some of that inability to sell could've also been the obvious downmarket parts-bin pieces used in the interiors, but hey, who's counting?)

However, Cadillac hasn't abandoned the more hardcore enthusiast market entirely at this point, but is merely repositioning the V label to be a middle point between hardcore performance and its more comfort-oriented base-model cars. That new ultra-high-performance tier of V-cars will be called the "Blackwing" trim even though they won't feature the now-discontinued Blackwing engine that was developed only a couple years ago for the CT6. (Caddy's had a wild ride of expert-mode wiener-stepping lately, that's for sure.)

The current CT5-V packs a twin-turbo V6 good for 360 horsepower and 405 pound-feet of torque, which is fine, but nowhere near as fast as the 640-hp CTS-V it replaced. It's nice and sounds all right, but even Cadillac knows that performance enthusiasts tend to prefer a good V8.

The CT5-V Blackwing is expected to get a supercharged 6.2-liter LT4 V8 and a manual transmission, and Cadillac's own Executive Chief Engineer Brandon Vivian claims that the CT4-V Blackwing and CT5-V Blackwing will be the fastest cars Cadillac has ever made. The engine notes of these test cars definitely fit right in line with the Blackwing rumor mill here.

Cadillac also teased its upcoming 2022 CT5-V Blackwing recently with the shot of a speedometer reading 200 mph, so could they have sent a couple test Blackwings to a car show to drum up hype? Clearly, that's one of the most effective ways to do it.