$1,500 Lamborghini Edition Go-Kart Might Be the Fastest 25 MPH Has Ever Looked

It’s never too early to think about Christmas. 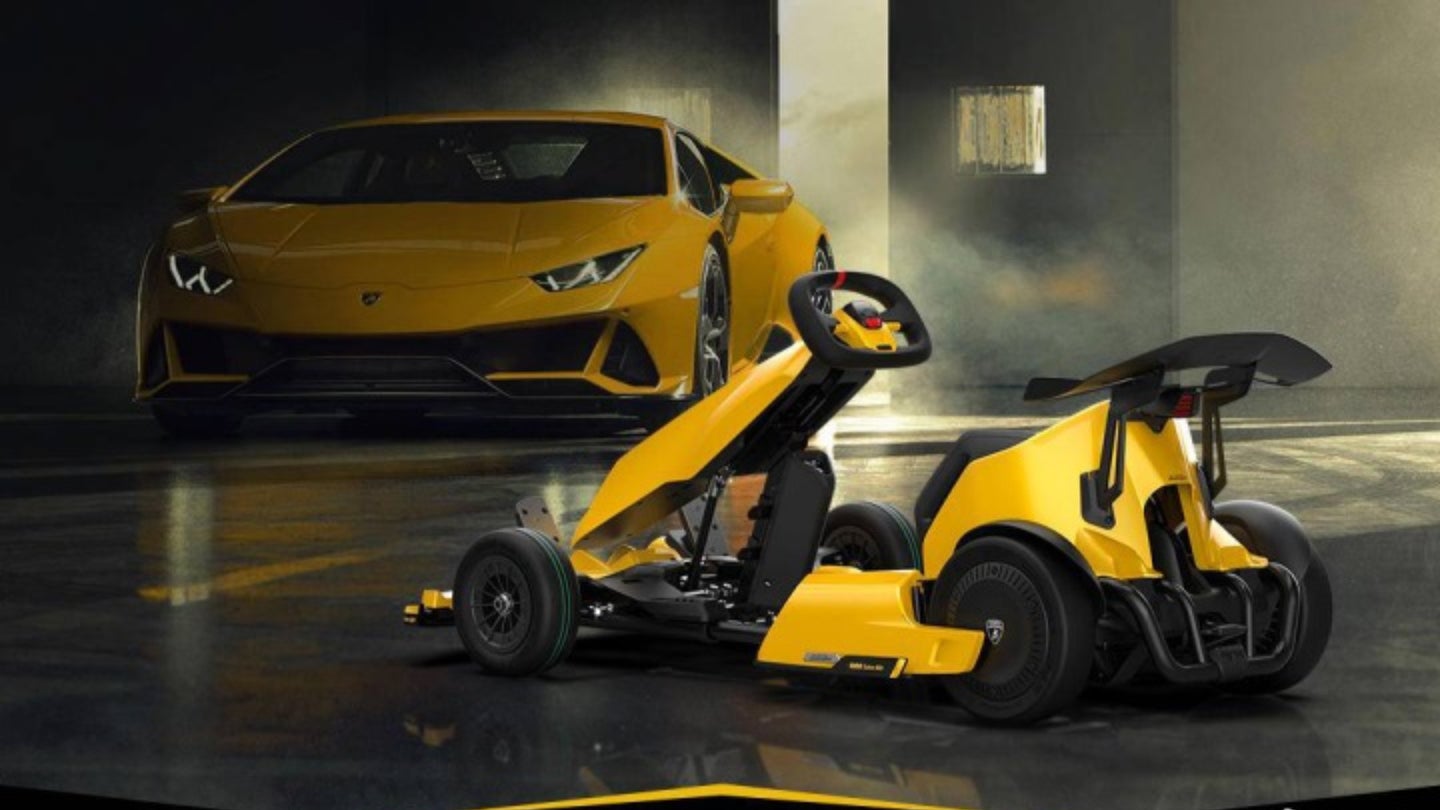 Chinese electronics giant Xiaomi is celebrating its 10th birthday with the introduction a special edition Segway-Ninebot electric Go-Kart. The goal was to design a faster, exclusive, limited edition version of the standard Ninebot model. Naturally, Segway called Lamborghini to help develop a super go-kart and the folks at Sant'Agata answered. The result is more than a go-kart with a raging bull sticker slapped on the bodywork—the two companies collaborated to build an exciting machine that's not only faster than the standard model but one that also offers supercar aesthetics.

The Ninebot Go-Kart Pro Lamborghini Edition uses a teensy 432-watt-hour battery pack that Segway claims can provide a range of 15 miles, topping out at 25 miles per hour. Still, that's enough juice to zip around a 1,200-meter go-kart circuit for 20 laps. Before you ask where this was when you were a kid, know that the Ninebot can hold up to 220 pounds of adulthood.

The Lamborghini Edition features a chin splitter, a Superleggera rear wing, an "F1-styled" steering wheel with a functional digital speedometer and a red stripe center for that added racer vibe. Best of all is a four-speaker sound system that can play music with Bluetooth connectivity or emulate the roar of either a V8 or V12.

The cost of this bright yellow super go-kart is just under $1,500 USD. That's about double the price of the standard Ninebot, which is sold under the Segway banner in the United States. That one doesn't have a rear wing or a splitter, though, and its range is a touch lower at 13.7 miles. The top speed is also down quite a bit at 15 mph. However, both models have a handbrake and a foot brake, allowing drivers to full-send this little go-kart into a corner whenever the mood strikes.