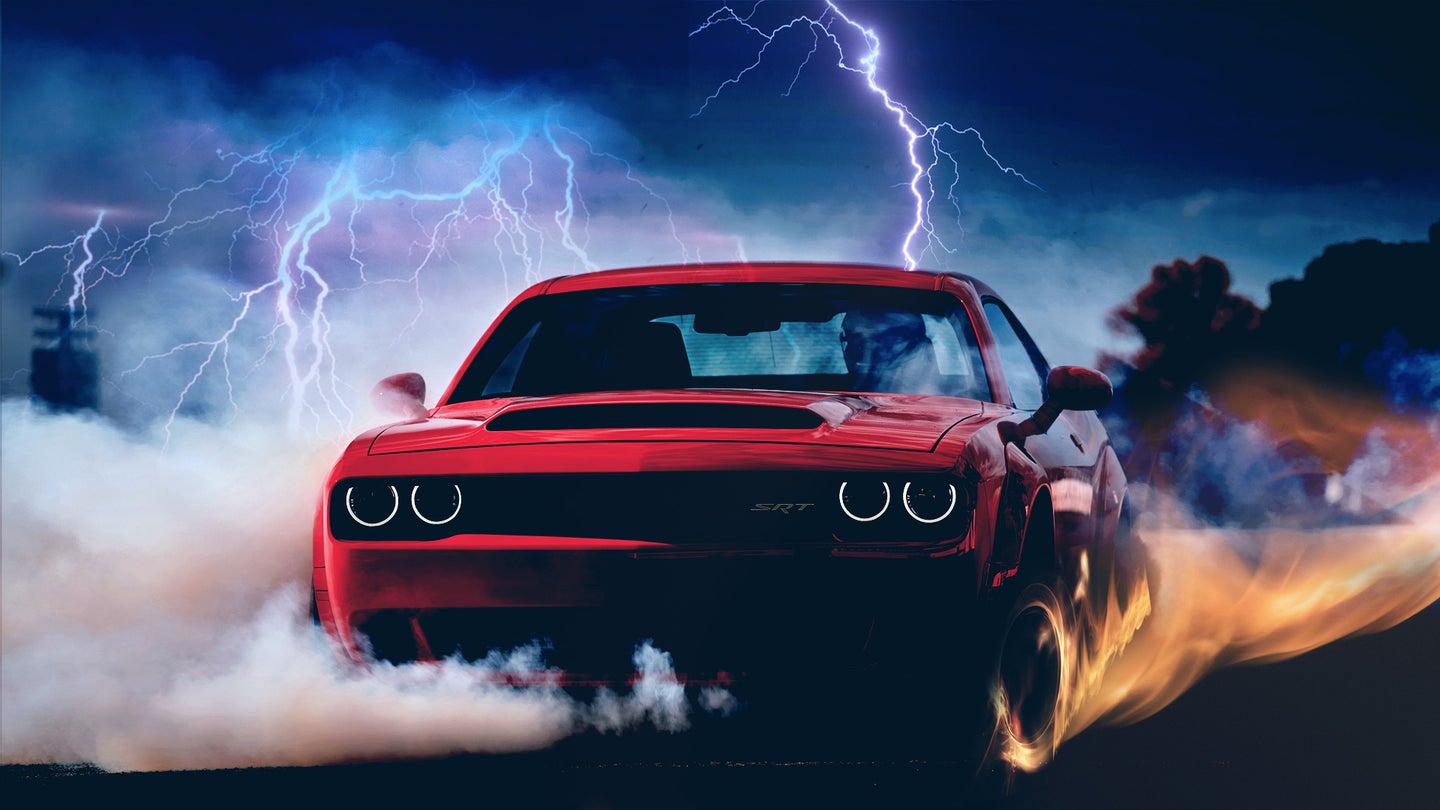 There's a common misconception out there that the four rubber tires on your car offer some kind of protection against a lightning strike. Let us do away with this nonsense.

Lightning is a mysterious, terrifying and fantastical thing, capable of setting forests ablaze, melting beaches, and generating tens of thousands of amps in a millisecond. Lightning bolts strike with only general warning (say, in the vicinity of a cumulonimbus cloud), but without pattern; they travel unpredictable paths, and don't necessarily conform to the basic rules of electricity—mostly because, when you scratch away at the surface of lightning, it's much more than simple electricity.

First, the myth that those fat tires on the Dodge Demon can save your bacon: I can remember in driver's ed class being told by our instructor, a retired New Hampshire State Trooper who chain-smoked Lucky Strike cigarettes, that the four rubber tires on a car would prevent the lightning from passing through the vehicle and cooking your brains.

According to Joe Dwyer, a physics professor and lightning expert at the University of New Hampshire, structures (like a house, or a Kum & Go) are the safest places to seek shelter, cars are actually relatively safe places to be—but not because of the rubber tires.

"It's because you're inside a metal body," Dwyer says. "Lightning prefers to flow over metal surfaces rather than through them. The body of the car that surrounds the occupants is metal, and it acts like a Faraday cage, like the one they have at the Boston Museum of Science."

The rubber on the tires do nothing.

"Here's the thing about lightning," Dwyer says. ""It has just forged a conductive path through five miles of air, which is no easy task. When it comes to the car, it will take the easiest path to the ground. Rubber is not a hindrance, and while lightning would most certainly burn through it, it would likely complete the circuit around the tires. If you're the occupant, the idea is not to be part of that circuit. Of the many tens of thousands of amps in a strike, even a fraction could kill you."

So if you're in a car, and the storm is coming at you, what do you do?

"Keep the windows rolled up, don't touch anything conductive, don't play with the radio," Dwyer continues. "Pull the car over. I repeat: Don't touch anything that's conductive. Judgement is important with this one: These storms can also produce strong winds and tornados, and the car is most definitely not the safest place to be in a tornado."