The iconic Segway might be dead, but now there’s a new toy for you to play with. 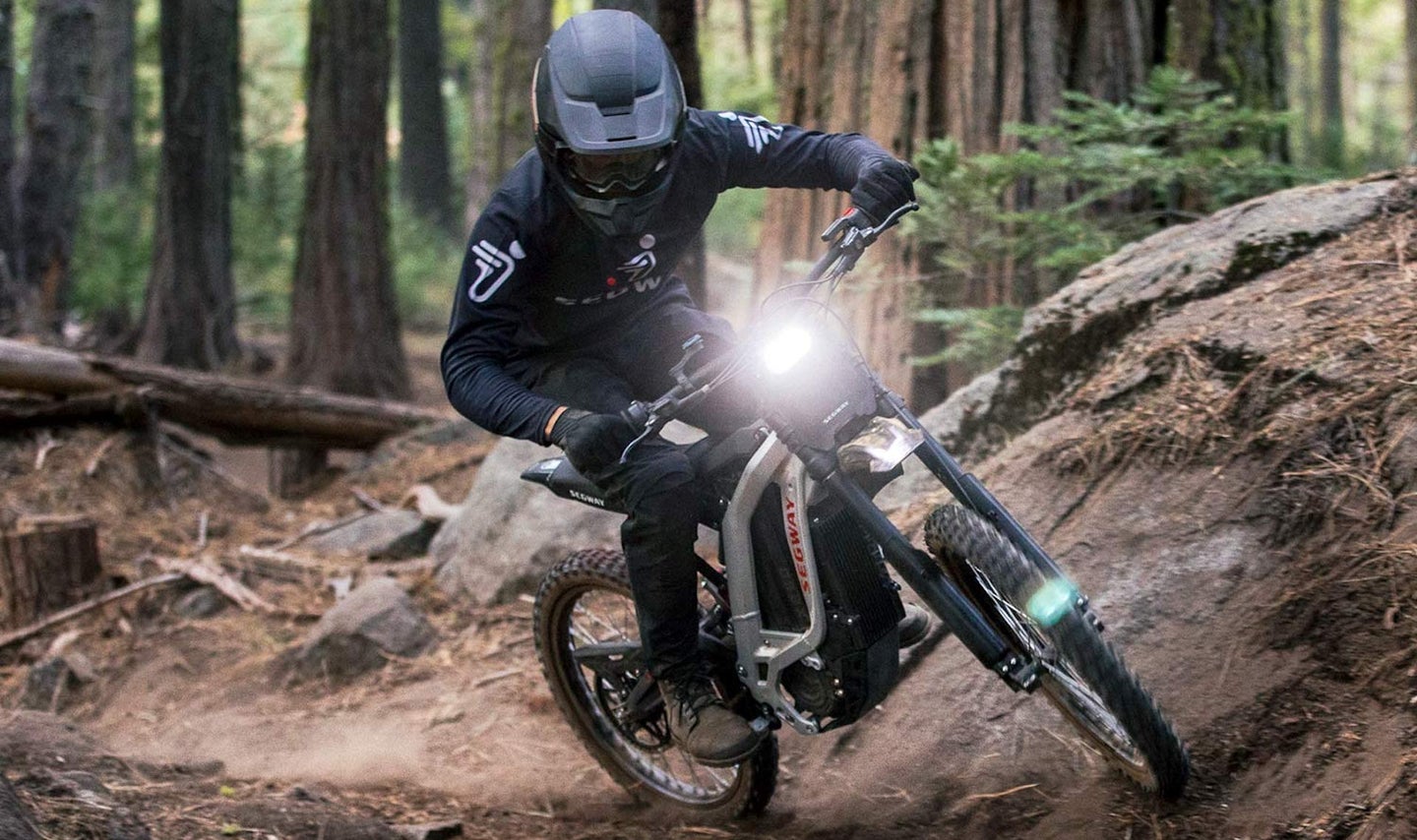 The iconic, self-balancing Segway might be dead, but the revolutionary tech company now has another toy to tempt us with. Officially debuted at SEMA 2019, the X260 dirt eBike is the result of a win-win collaboration between Sur Ron and Segway. In a nutshell, it's a dirt-slinging electric mountain bike that masquerades as a dirt bike courtesy of its wheelie-popping electric torque and long-travel suspension.

Performance for the X260 features a top speed of 46 miles per hour, 184.3 pound-feet of torque at the rear wheel, and a zero-to-31-mph time of 4.0 seconds. The X260 weighs just 121 pounds thanks to an aluminum frame, which although is way more than a traditional mountain bike, it's not bad considering all the equipment onboard. More importantly, keeping the X260 in low-power mode will net a maximum range of 75 miles. The X160 tops out at 31 mph, has a maximum range of 40 miles and weighs just 106 pounds.

The brakes are hydraulic disc, as most high-end bikes are nowadays, and the system features a three-way battery managing software to make sure you reach your destination. In addition, the bike can either be recharged by plugging in, but can also have new, charged battery swapped in on the go. Segway claims that it takes just four hours to fully charge.

You can't be a full-on mountain bike without having some weather-proof capabilities, and the Segway dirt eBike's got them. IP67 waterproof-grade level covers the various controllers and other hardware throughout the bike, while IP65 rating covers the battery, meaning that splashing around (as these overly-hardcore photos show) shouldn't be a problem.

All of this technology means the Segway dirt eBike will set you back a pretty penny, but that's also the case with most high-end, non-electrified bikes, let alone reputable eBikes. The starting price for the X260 is $4,999.99 and $3,499.99 for the X160. That's basically pocket change compared to the $9,000, Rimac-developed Greyp bike

The Drive is currently testing.