How To Charge a Motorcycle Battery 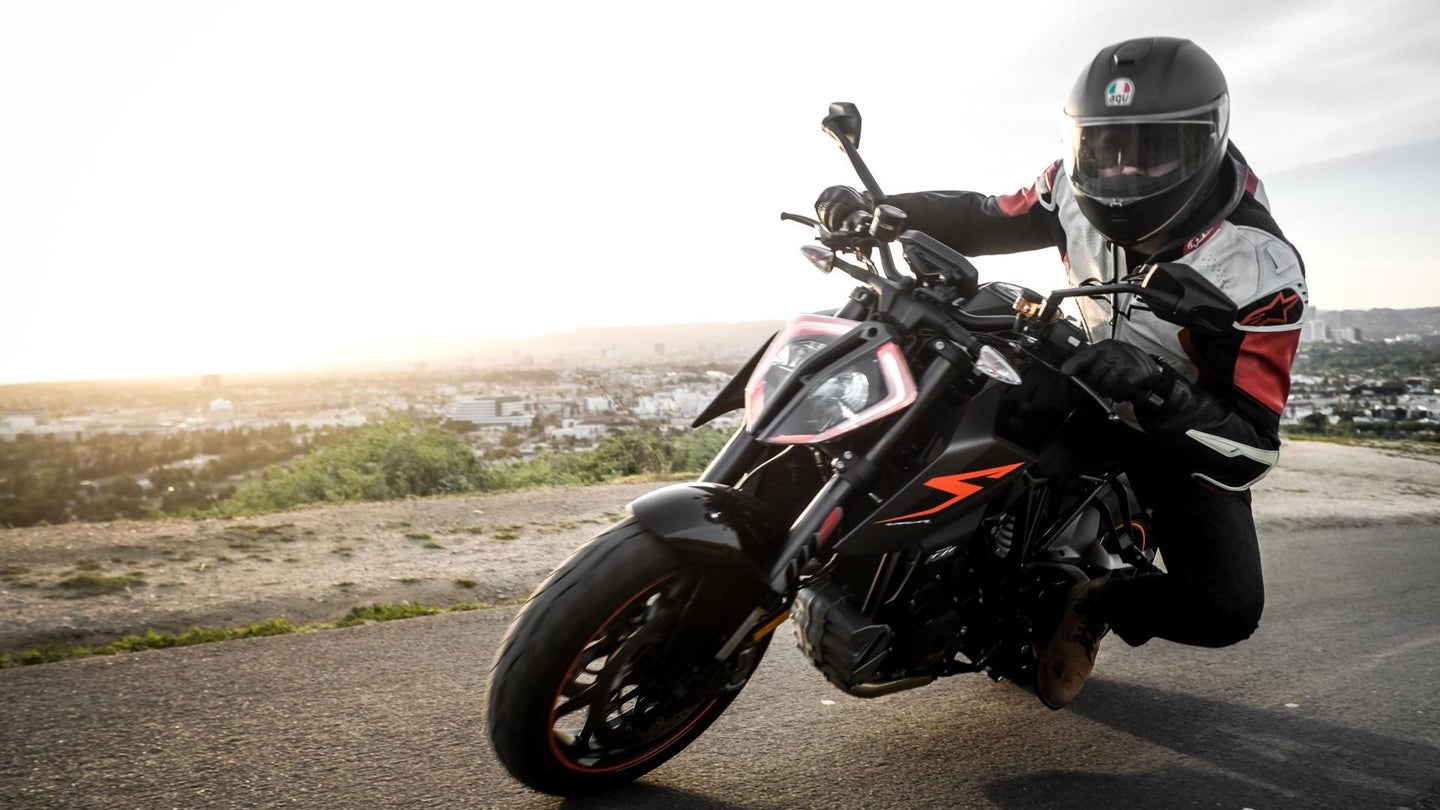 So you’ve entered your garage, leather jacket and helmet on, only to find your motorcycle battery is dead. What now? Dead batteries don’t always need replacing, as they can be recharged, as well, so it’s important to determine the next course of action. Here, we’ll detail exactly how to charge a motorcycle battery.

A motorcycle battery isn’t too different from a car battery. It’s just a little smaller and doesn’t have to produce the same electrical load as a car battery. That said, the charging processes are similar. In both cases, we use some form of charger, or a secondary electrical system like another motorcycle, to funnel electricity back into the dead battery.

If you’ve never charged a car or motorcycle, don’t fret, as The Drive’s crack How-To team is here to get you back out on the open road with the wind whistling in your hair and bugs splattering on your teeth or helmet.

How To Charge a Motorcycle Battery Basics

Although charging your motorcycle is straightforward, it’s important to remember it can be dangerous. Electricity can stop your heart, and batteries can emit harmful vapors. You should never attempt to charge a damaged or oozing battery, which can explode. Taking safety precautions will help you minimize the risk. Here’s what you’ll need and need to do to ensure you stay safe.

Everything You’ll Need To Charge Your Motorcycle Battery

We’re not psychic, nor are we snooping through your toolbox or garage, so here’s what you’ll need to get the job done.

You’ll also need a flat surface, such as a garage floor, driveway, or street parking, though check your local laws to make sure you’re not violating any codes when using the street because we ain’t getting your car out of the clink.

Here’s How To Charge A Motorcycle Battery

We’re going to provide three different methods of charging a motorcycle battery: using a jump-starter, using a trickle charger, and jump-starting the motorcycle with another motorcycle.

Charging the Motorcycle with a Jump-Starter

It’s a good idea to recharge the jump starter in preparation for the next time you need to jump-start the battery.

Charging the Motorcycle with a Trickle-Charger

Using a trickle charger is similar to using a jump-starter, it just takes a little longer for the charge to rebuild.

Jumping with a Second Motorcycle

How To Charge a Motorcycle Battery Pro Tips

Over the years, The Drive’s editors have jump-started, push-started, and trickle-charged all manner of cars and motorcycles. Here are a few pro tips we’ve learned along the way.

How Often Do You Need To Charge a Motorcycle Battery?

Keeping your motorcycle charged will come down to how often you use it. For those who ride on a daily or even weekly basis, your motorcycle’s battery should stay charged until its manufacturer-detailed lifespan ends.

For those riders who don’t get out onto the open road as much as others, you may need to charge it every other month to ensure it’s rideable the next time you feel the urge to head out into the great unknown. Keeping your motorcycle on a trickle-charger is a great way to ensure it remains charged.

How Much Does It Cost To Charge a Motorcycle Battery

If you have another motorcycle or jump-starter, then little to nothing. If you don’t have either and don’t have a trickle charger, you may pay up to $100, plus electricity cost.

Since you may not have access to the right tools or a friend you can bum a wrench off of, we also compiled a list of our best hacks to make your life easier and drain your pocket less.

How To Ride a Motorcycle