The droning can be heard across the bay in Berkeley. 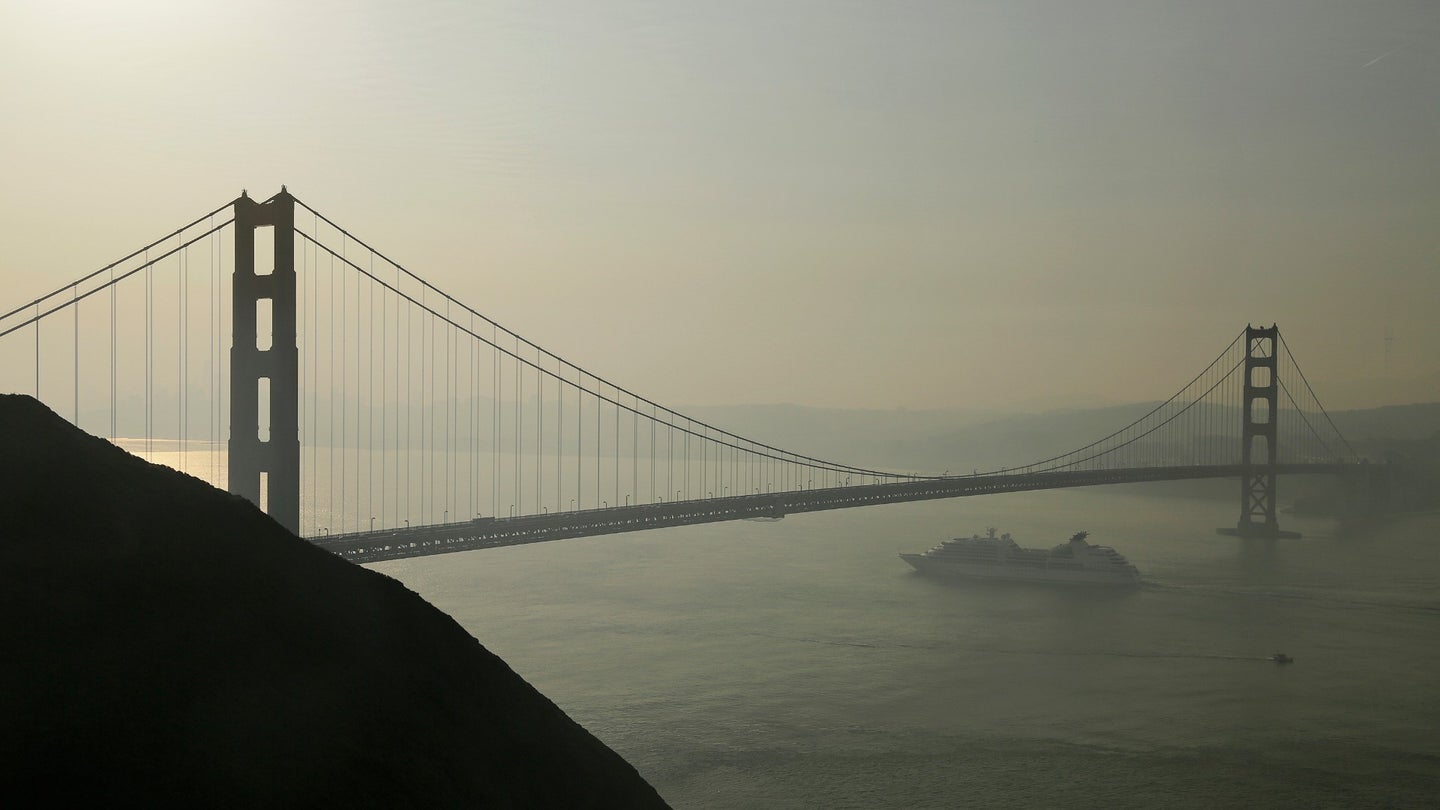 Nearly 90 years after its construction, the Golden Gate Bridge still undergoes periodic changes to maintain the iconic landmark. Recently, that meant swapping out the bridge's west guardrail to improve the structure's resistance to wind. This was achieved by thinner railing with more holes for wind to pass through, creating a free-flowing design that comes with one glaring side-effect: deafening noise on blustery days, which happen quite often in NorCal.

Locals started noticing an eery howling a few months back, with one saying they wondered what the noise was in April. The sound projects throughout San Francisco and even across the bay during extreme winds—for better or worse. Engineers touted this as an expected "feature" of the new guardrail system, though those who live close by aren't necessarily in love with the bridge's new throaty pipes.

One Bay Area resident told San Francisco CBS affiliate KPIX, "I was a little bit freaked out, I guess, like, is the bridge coming apart?"

Right now, the rail replacement is 75 percent complete, meaning it could get even louder soon.

That's hard to believe when tweets like this show just how extreme the wind noise can be up close:

In all reality, it's not the worst thing that could happen. I mean, the bridge could be in worse shape and collapse with every teensy-weensy earthquake. And who are we to turn down some structural soundness?

Ha, see what I did there?