Consumer Reports projects these trucks may only travel between 65,000 and 119,000 miles before needing major repairs. 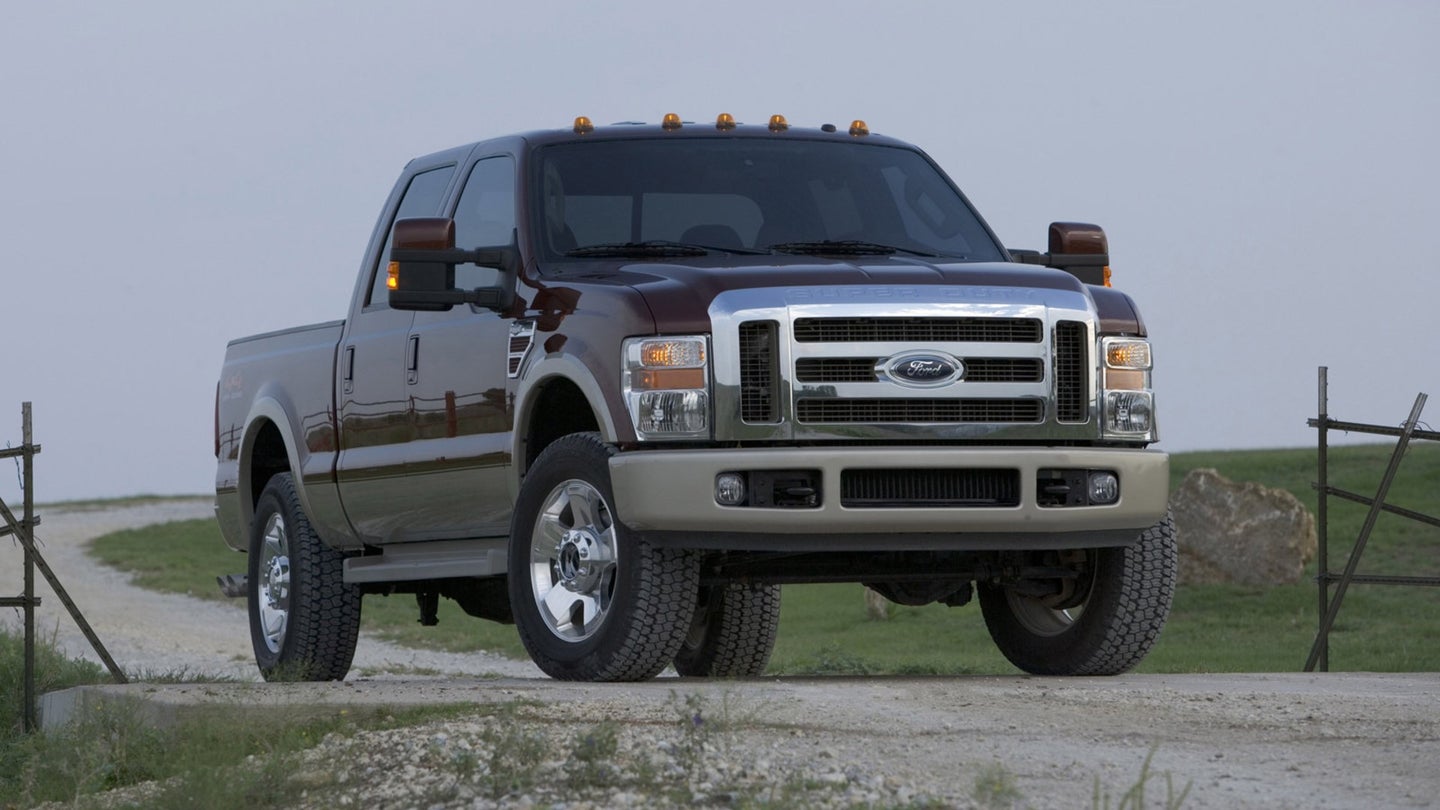 You can't win 'em all, even when you're one of the world's largest automakers. Ford knows this to be true after its period of so-so diesel pickups throughout the 2000s, all of which came after the venerable 7.3-liter Super Duty engine was cut from its lineup. While truck fans usually heap criticisms on the 6.0-liter Power Stroke for its temperamental reliability, Consumer Reports has named the 2008 6.4-liter as the pickup most likely to need a rebuild. What's worse, it projects the range for major repairs to fall between just 65,000 and 119,000 miles.

This is often a hotly debated topic among those who drive trucks daily or simply like to argue on the internet. Unlike the 6.0-liter Fords, who suffer from head gasket and exhaust gas recirculation (EGR) cooler issues, many of the 6.4-liter's problems aren't simply resolved. They face hiccups with fuel and water separators, failure-prone VGT turbos, diesel particulate filter (DPF) clogging, and cylinder washing, related to a troublesome post-injection strategy that causes fuel to dilute the engine oil. As such, these pickups aren't as likely to boast the sort of longevity that many other diesel-powered vehicles do.

Some owners look to combat these problems by swapping the compound turbo setup for a single turbocharger, which does away with some but not all of the usual issues. Likewise, many remove the trucks' emissions systems—like deleting the DPF and tuning it to run properly—though that's led to massive legal trouble for more than a few folks.

Many repairs require the removal of the truck's cab, too, since the V8 is so tightly fitted into the engine bay.

Performance specs for the 6.4-liter Power Stroke were typically impressive, as it made 350 horsepower and 650 pound-feet of torque from the factory. Fuel economy figures were mediocre, though, and the Ford was far out-matched by Dodge's inline-six Cummins in that category.

Of course, this isn't to say that all 6.4-liter trucks are ticking time bombs. They do, however, demand extra service to make sure everything is in proper working order. Consumer Reports only makes explicit mention of the 2008 Ford Super Duty, although this engine had a production run that lasted through the 2010 model year with minor tweaks.

CR doesn't list any fitting alternatives for the 2008 Super Duty, though the Cummins-powered Dodge Rams and GM Duramax trucks are the most logical choices. They weren't without their issues, though, as all of Detroit's Big Three had growing pains with the newly tightened emissions restrictions at the time.