Move over, DeLorean. These are the original stainless cars. 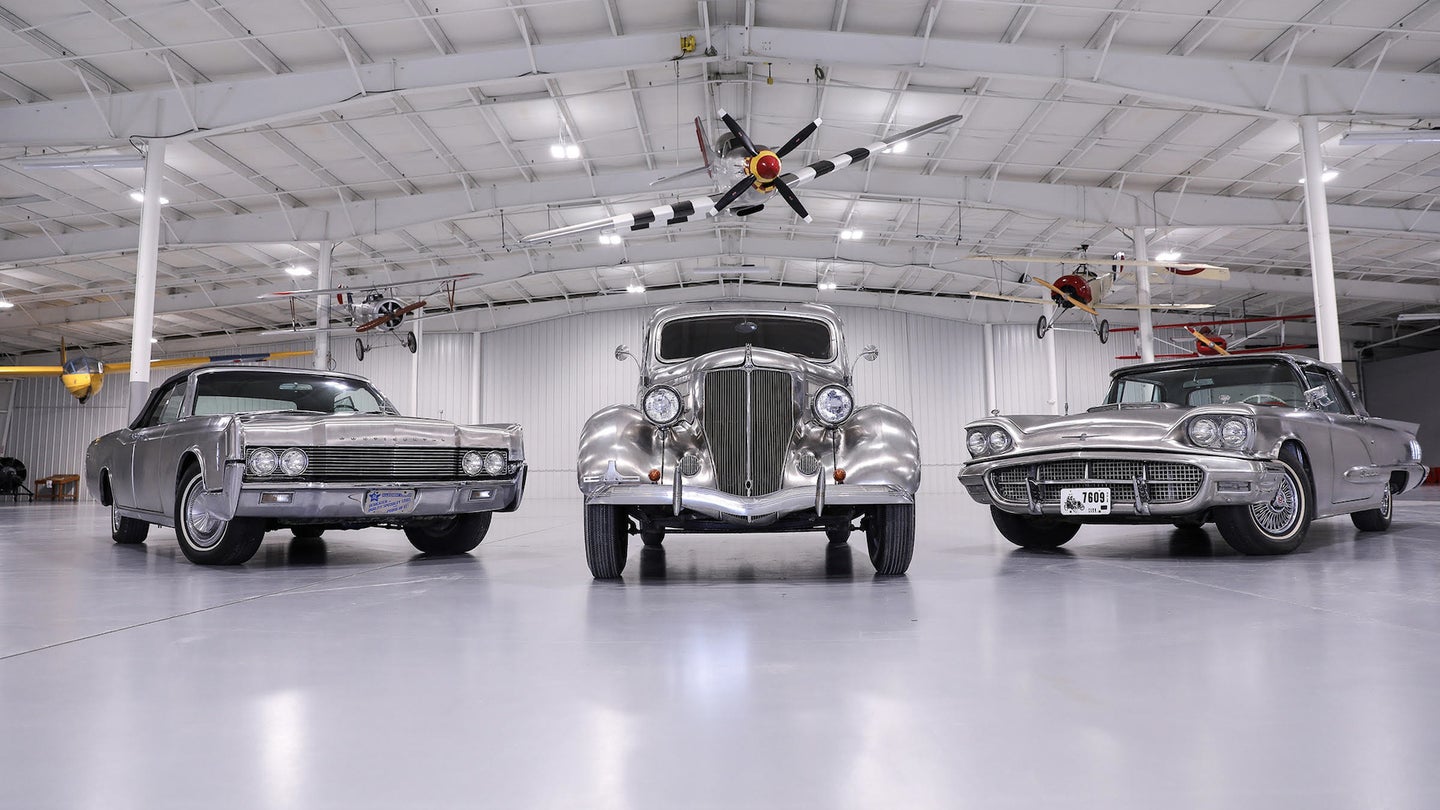 Long before Marty McFly hit 88 miles per hour in a stainless steel car, a corporate marriage between one of Detroit’s oldest automakers and a Pennsylvania steel company turned out a handful of classic cars clad in beautifully melted silverware. Allegheny Ludlum Steel Company tapped Ford Motor Company in the late 1930s to produce a line of promotional vehicles to show off the beauty and durability of stainless steel, which was brand-new technology at the time. Despite the longevity of new metal, only a few of the special cars still exist today and three of the best-looking ones are about to hit the auction block.

The trio includes a 1936 Ford Deluxe Sedan, a 1960 Ford Thunderbird, and a 1967 Lincoln Continental Convertible. The Deluxe Sedan was the first vehicle produced from the partnership, and became a centerpiece of the stainless steel marketing campaign. Six of the cars were built in total and were intended to be used as rolling billboards across the United States. The Sedans were finally retired in 1946, but not before each car logged over 200,000 miles with Allegheny Ludlum executives behind the wheel. Only four of those original six cars still exist today, including the one in the auction lot.

The success of that first run of cars led Allegheny to partner with Ford on two other stainless cars, the T-Bird and the Continental Convertible. Just two of the special Thunderbirds were made in 1960 and came with bodywork formed in T302 stainless steel. Both cars still sport their original stainless exhaust systems today, more than 60 years and 100,000 miles later. Three Continental Convertible were built a few years later and were made to mirror the production versions exactly, except for the stainless steel bodies.

The cars are being auctioned by Worldwide Auctioneers on behalf of Allegheny Technologies. We don't have an auction estimate yet but expect the bidding to be quite exciting when the group of cars crosses the auction block on Sept. 5 as part of the annual Auburn Auction in Indiana.

We know you’ve wanted one for years.

Double-Header DeLorean, Toyota SR5 Auction Will Let You Live Your Back To The Future Dreams

And you have just a few hours to pull the trigger on this futuristic pair.