Parked for four decades, it’s finally getting a full restoration. 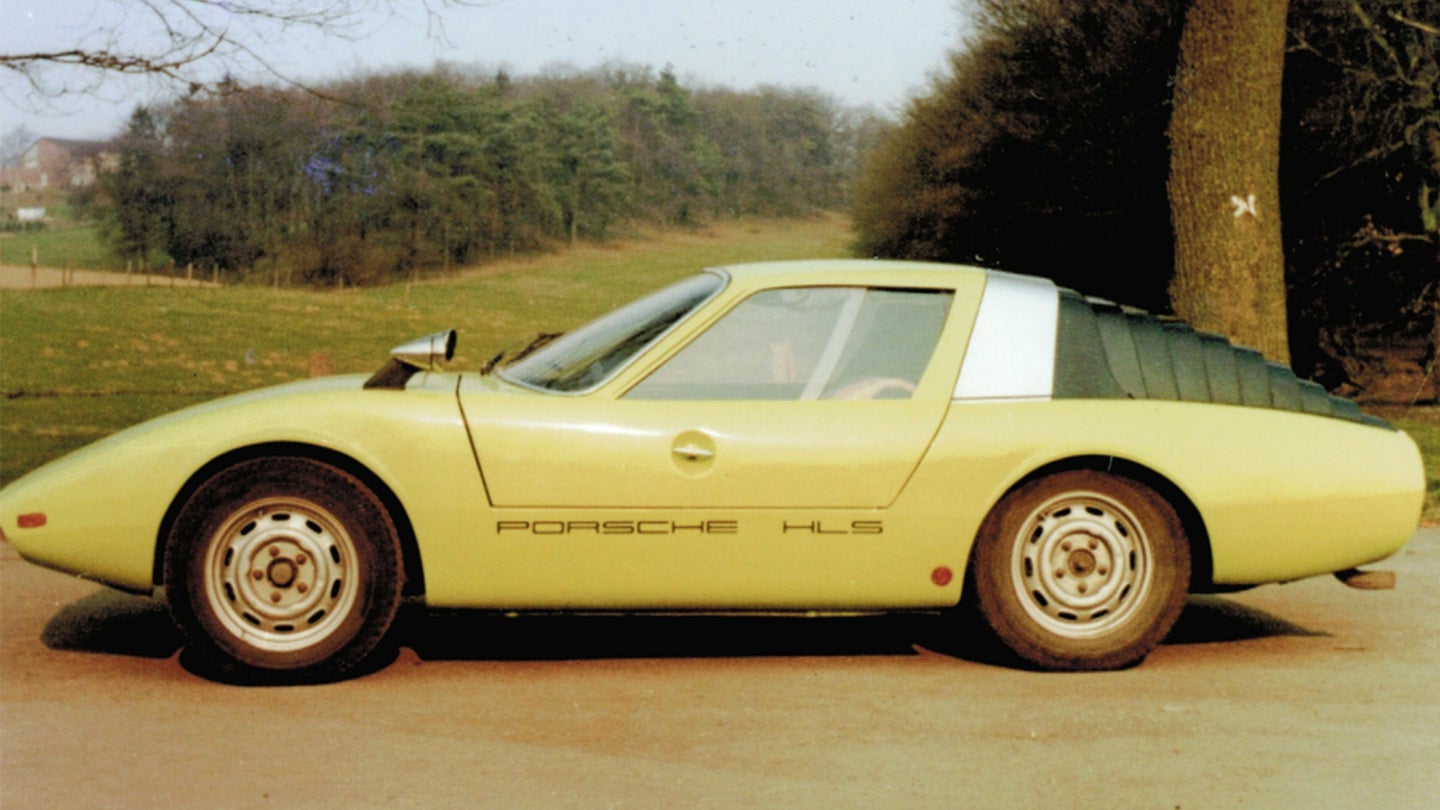 Every one-off car like the Porsche 911 HLS is justified by its manufacturer in some way, no matter how specious or vague. And the single biggest reason I can dig up pertaining to why this car exists is because—in a nutshell—Porsche wanted it to. That's it.

In particular, the manufacturer decided to test out a racier version of the 911 with a one piece, hinged cockpit. It didn't want to make the car itself, though. Being in such a predicament, engineers sent a 911 to the University of Aachen's automotive engineering department and asked its brightest minds to take a crack at it. They agreed.

Work began in 1966, just two years after the 911 debuted; obviously Porsche couldn't know it would become the modern icon it is today and felt a need to diversify. The university team drafted up what it would look like, made a model in miniature, and then started putting the car together. The body was to be constructed partially of aluminum to keep the weight down. In the end, it would bear very little resemblance to the 911 it was based on.

After some time spent beating panels and sorting out an interior, it was complete. The university sent it out for a coat of bright green paint, wrote 'Porsche HLS' on the side, and sent it back to the factory in Zuffenhausen.

Porsche was less than enthused—we think. That's why you have project check-ins along the way, so you can keep track of what those silly kids are doing with the 911 you lent them. This is another one of those random endeavors whose records weren't deemed important enough to preserve, and obviously no production model emerged from the study.

Porsche apparently found the whole thing so forgettable that it apparently parked the car outside for four decades until someone within Porsche realized what a valuable piece of history it had become by the 2010s. By that point, it looked like this:

That's not patina. It's just sad. Fortunately, the car is currently under the care of well-known 911 expert Manfred Hering in Germany, who bought the car from Porsche in 2014 after three years of negotiations, according to Classic Driver. He's got plans to fully restore it, and because it was based on a real 911, it's possible this might actually get back on the road after all these years.