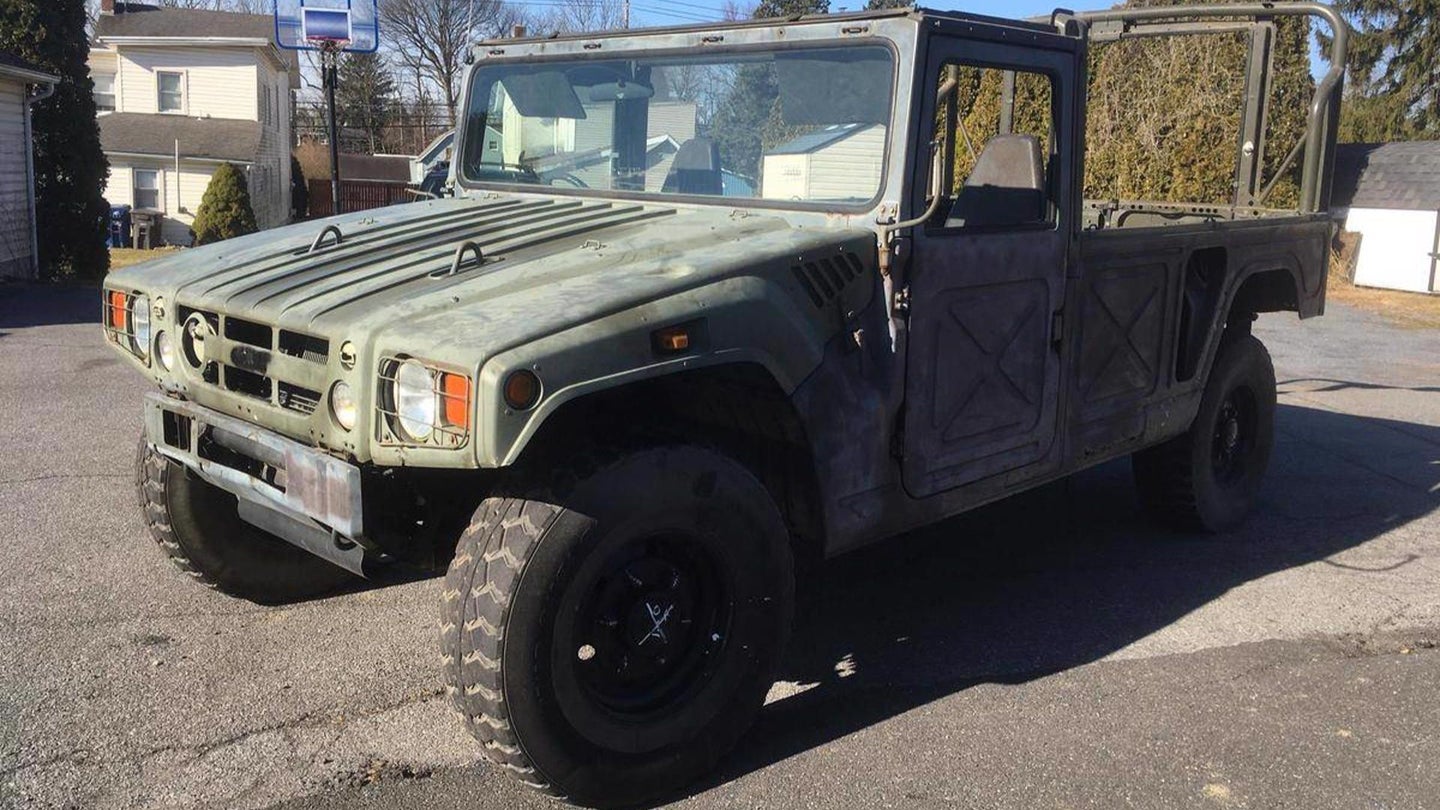 Answering what would happen if Japan built the original H1 Hummer, the Toyota Mega Cruiser was a similarly boxy, ready to brave apocalyptic wastelands off-roader once used by the Japanese military. And though their civilian counterparts are more common to pop up on your local Craigslist, the military versions are much rarer—let alone two.

Found on Hemmings, these two Mega Cruisers are the aforementioned military spec versions, which have no roof, beefier portal axles, olive drab paint, two seats each, protected headlights, and some ready-to-rock bumper bars. The two Mega Cruisers are powered by a turbocharged 4.1-liter inline 4-cylinder diesel engine producing 152 horsepower and 282 pound-feet of torque sent to all four wheels via four-speed Aisin-Warner automatic.

According to The Drive’s own deep-dive late last year, while the Mega Cruiser looked like the H1 Hummer, it actually had bigger dimensions than its American counterpart coming in seven inches taller and sixteen longer, though the Toyota was one inch narrower. Its rough and tumble assembly also meant that the standard civilian model had a payload rating of 1,323 pounds.

The Mega Cruisers here also have all-wheel steering, something most supercars now have, a 4-speed overdrive, three locking differentials, an exhaust brake, all the hook-ups for trailers, and an onboard rear tire inflation system. The listing also says that while only two seats in the photos, each will go to their new owner with rear seats, doors, and the canopy with all the accompanying hardware.

According to the listing, the seller notes the rarity of these Mega Cruisers, saying “This is the holy grail, the unicorn, the Toyota BXD-10 Megacruiser.” They add, “Of course, [it comes with] a 49 state transferable title included (No Kalifornia).” Both Mega Cruisers are for sale, but can be had at two levels of restoration, the ad saying, “We are selling 2 levels of these—re-assembled & fully working [for] $28k, and restored/repainted [for] $38k. Both come with rear seats, doors, canopy & hardware (it is a troop carrier).”

Toyota only built 3,000 Mega Cruisers in total with 133 of them being civilian models. But as for how these two ended up in the United States, especially given that they’re from 2002 and most definitely don’t meet the 25-year exemption rule, we’re left perplexed. Road & Track highlights that one of the Mega Cruisers has a window sticker for a JDM importer out of Pennsylvania called Unusual Auto, which definitely doesn’t peddle in the standard Skyline, Supra, FTO, and Pao Japanese fare. Though neither comes up on the site’s prior inventory.

For now, that’ll remain a mystery. What isn’t a mystery is how cool you’ll be when you show up to Radwood in one of these extremely rare Mega Cruisers. You know, once we get through quarantine.