The beloved off-roader’s days could be numbered. 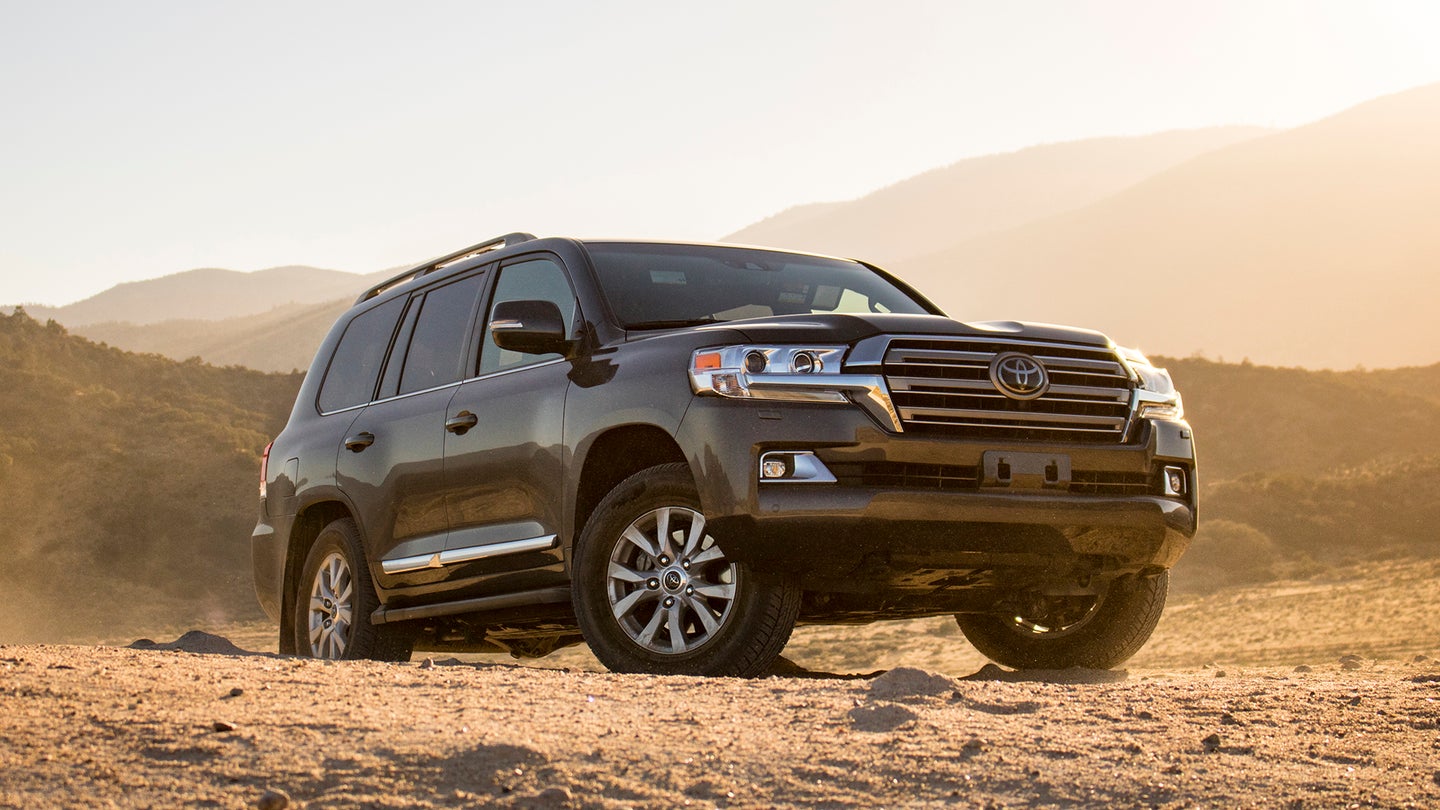 The Toyota Land Cruiser is as much a cultural icon as it is an off-road tool, first hitting American soil some 62 years ago and to battle against the almighty American Jeep. Over time, the Cruiser transitioned from small, agile trail machine to luxurious bruiser while still retaining a frankly astounding amount of its off-piste abilities. However, that might not be enough to keep it around in this country for much longer— at least if a bit of recent hearsay holds any weight.

MotorTrend editor Jonny Lieberman posted a note on his Instagram page yesterday claiming that the Land Cruiser will be exiting the American market in 2022 due to falling sales, leaving the luxurious Lexus LX570 as Toyota Motor Corporation's sole outpost of big trucks in America. Oh, the humanity.

Toyota moves just 3,000 examples annually of the $80,000-plus Land Cruiser, which is hand-assembled and built to withstand endless abuse. On the other hand, about 4,000 Lexus LX570s are sold every year at a much higher price using the same platform and basic equipment—meaning more profits. According to Lieberman's sources, Toyota would rather focus on the latter and rake in the dough rather than keeping the historic Land Cruiser nameplate around in the United States.

Jalopnik reached out to Toyota for comment, and the automaker responded with a seemingly cryptic message: "Land Cruiser is a global icon that embodies Toyota’s reputation for reliability, durability, and capability. Although we cannot comment on future product, we can confirm that no decision has been made to stop sales of the Land Cruiser in the U.S. at this time.”

While that at least clarifies no decisive plan has been made for the Land Cruiser's fate in this country, it's not an outright denial either.

All things considered, sales of the Land Cruiser haven't been what they used to be for the better part of two decades. Formerly, Toyota could unload upwards of 10,000 models annually, even peaking at 18,602 units sold in 1999. Things fell off a cliff soon after that—volume plummeted more than 50 percent to 7,591 in 2001. As both Lieberman and noted Cruiser nut Jonathan Ward pointed out, it doesn't help that Toyota's spent approximately zero dollars on marketing the truck. Squint and you might catch it in the background of a commercial hawking Toyota's SUV lineup, but otherwise it's been completely ignored by corporate.

It seems a bit off that Toyota would dump a favorite such as the Land Cruiser, especially since it just revived the Supra for 2019 to great fanfare. However, the company exists to make money—and the margins are that much greater on an LX570. It'd be a shame to watch this one ride off into the sunset, though.