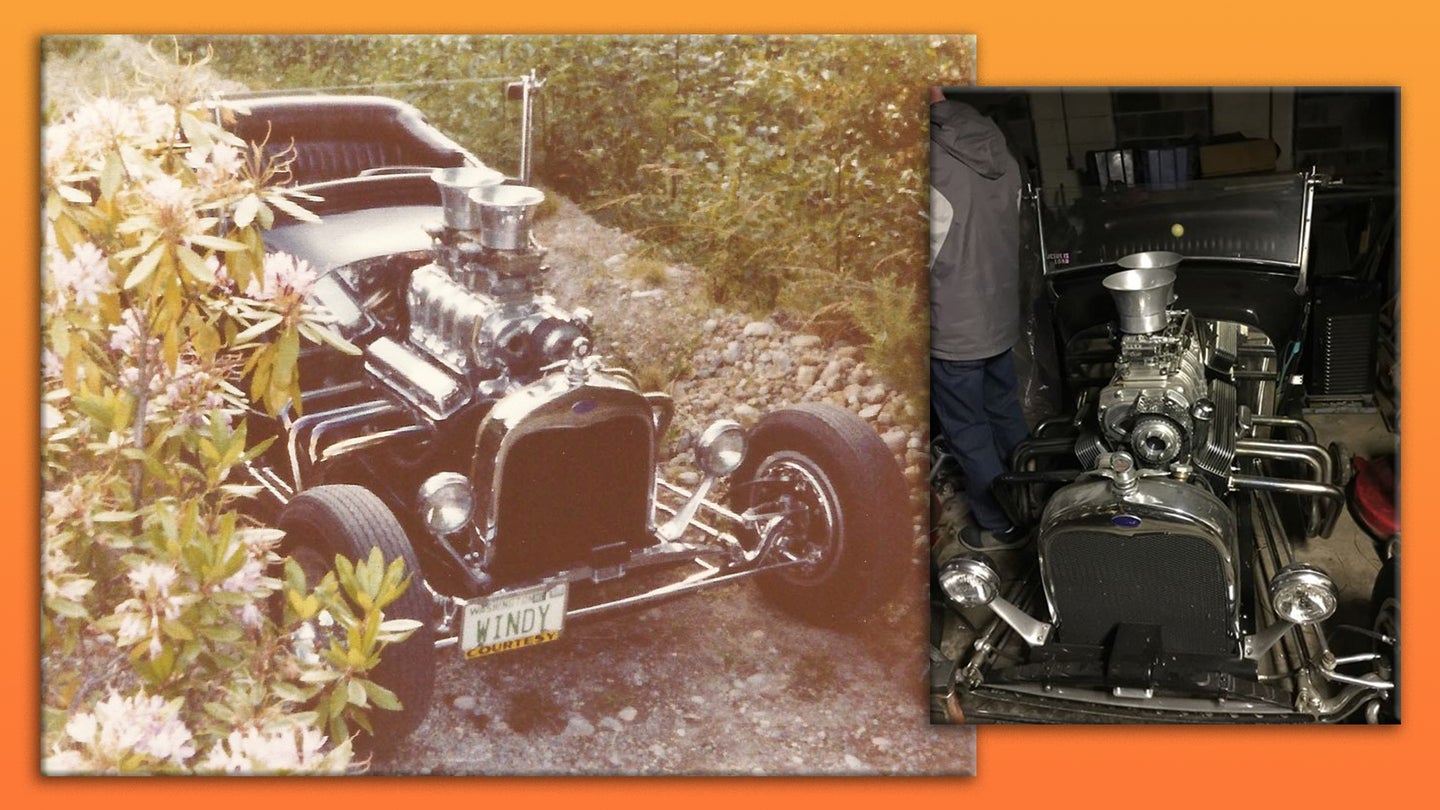 Hot-rodders represent a key part of American spirit at large arcing all the way back to the 1930s. Sadly, the first generations of these enthusiasts are quietly passing on—like Navy veteran Ron Harrison of Tacoma, Washington, who died last month and left behind a beautiful late-1920's Ford Model T that he owned for decades. Adding to his family's pain, the treasured hot rod was then stolen a few days following his death. Now they need your help to find it.

Harrison's brother told Q13 Fox that his family returned to his garage on East 46th Street on February 23 just five days after Ron had passed away at the age of 75 and discovered the the door open and the hot rod missing. More than a week and a half later, there's been no sign of it, and no publicly-available leads in the investigation.

"This is a car my brother Ron had for 50 years. It's a '28 Ford [Model T roadster], completely restored with a nice hot rod engine and he got lots of awards for, trophies. There's probably 15 trophies in the garage right now that he had sort of set aside so any way to get it back would be great because everybody in the family loved it," Phil Harrison said to the news station.

[Editor's note: The Q13 story quotes Phil Harrison as saying the car is a 1927 Model A coupe, but as several tipsters have pointed out, the Model A didn't come out until 1928. Also, this is clearly a roadster.]

Photos from a 1990 newspaper feature show the modified Blue Oval sporting flames down the side, though it was later painted all black by Harrison. Lovingly nicknamed "Windy," the Ford campaigned throughout the Pacific Northwest at car shows and local events taking home a collection of trophies. Unfortunately, so far there's a dearth of detailed photos to share.

The Puget Sound Auto Theft Task Force is leading the charge in finding Harrison's Model A and notes that its most distinguishable features include a supercharger on top of the V8 with twin stacks. There's also plenty of chrome hardware to help it stand out. There's no word on if the car was driven away or loaded onto a trailer when the thieves made off with it some two weeks ago.

If you've got a lead as to where the Model A might be, you can send a tip to the auto theft task force via Facebook Messenger or autothefttips@wsp.wa.gov. Anyone with any information can also contact Crime Stoppers of Tacoma Pierce County at P3Tips.com. There's a chance it could be listed for sale somewhere online, too, so scoping Craigslist or Facebook Marketplace in the greater Pacific Northwest would be a good place to start.

Then again, it's also possible that the thieves are in the process of stripping it, considering the difficulty of offloading such an easily identifiable vehicle and the number of pristine, expensive parts on a build like this. That would be the ultimate tragedy—but finding ads for those parts on hot rod forums, eBay, and other online marketplaces could also lead police to the culprits.